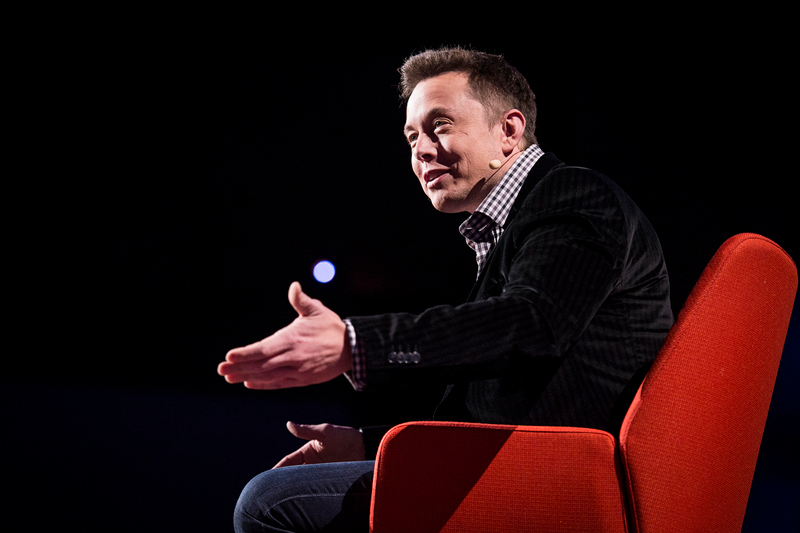 Tesla skeptics never tire of pointing out the company’s history of missing target dates for vehicle deliveries and other milestones. They do have a point. The most egregious example is of course Model X, which Tesla began delivering many months after the originally announced date. The latest offender is Model 3 – the company did technically deliver it on time, but so far production numbers are running far short of predictions, and the majority of buyers who signed up for the promised $35,000 EV are likely to be waiting until well into 2018. The development of Autopilot 2 also seems to be behind schedule – it looks like the promised driverless run from New York to LA will be pushed into next year.

However, the naysayers are dead wrong when they say Elon Musk hasn’t fulfilled his promises. Except for a few things, most of which nobody really wanted (battery swapping, a rollercoaster to get around the Tesla campus), the Iron Man has delivered in a big way. He promised a compelling electric sedan, an SUV with towing capability and eye-catching Falcon Wing doors, a reusable rocket that can land on a barge at sea (!), and other achievements straight out of the science fiction books, and all of these are now reality. Nevada Gigafactory? Open and producing batteries. Solar roof tiles? Rolling off the line in Buffalo. World’s largest battery array? Check (and this one was on time).

Considering Tesla’s stock market performance and the company’s legions of adoring fans, it’s clear that most people value accomplishment over punctuality. As Trent Eady, writing on Seeking Alpha, put it, “If Musk promises you the moon in six months and delivers it in three years, keep things in perspective: you’ve got the moon.”

What if Musk and company’s habit of missing self-announced deadlines is not a bug but a feature? Tesla Motors Club member Patrick C argues in a recent blog post that the “dream big and deliver late” strategy is actually the key to Tesla’s (and SpaceX’s) success.

Above: Check out the historic landing of a Falcon 9 rocket at Cape Canaveral with Elon Musk and the SpaceX team (Youtube: National Geographic)

Those of us who’ve been watching this show for a while have learned not to trust Musk’s predicted timelines. So why do his words still carry so much weight? Because we believe in what he’s doing, and we can see how hard he personally is working towards these goals, moving his “desk” to wherever the latest bottleneck is, and camping on the roof of the Gigafactory. “If Musk [were] viewed as just a wild dreamer, he would not have the following that he does,” writes Patrick C. “Musk is trying to do something that is important, something that’s never been done before, and that many people would like to see succeed. When this is the case, many are likely to give you some slack on the schedule, as long as you are working hard and showing progress.”

The most consistent carping about missed timelines comes from stock market analysts, because they focus on meeting quarterly forecasts. This obsession with short-term results is a major failing of today’s corporate world – as Patrick points out, it leads executives to think small, concentrating on things that can be done in three months. But Musk does not think small. He thinks in terms of “moonshots,” or “big hairy audacious goals,” which aren’t guaranteed to succeed, and can’t be done on a firm quarterly schedule. “To accomplish something of magnitude, you have to be willing to fail and you have to be willing to disappoint the Street,” says Patrick.

But if Musk and those around him know all this, why make over-optimistic predictions? Why not just say, “Here’s what we mean to accomplish, and it’ll be done when it’s done?”

Popular economist Danny Kahneman offered an answer in a recent episode of Freakonomics Radio: “If you realistically present to people what can be achieved to solve a problem, they will find that uninteresting. You have to overpromise in order to get anything done. When you look at big successes, the people that carried out those big successes were unrealistically optimistic. This may be necessary to get the initial resources and it may be necessary to get the enthusiasm that is needed to achieve anything at all, because there is so much inertia that realistic promises are at a major disadvantage.”

Above: Patience… the Model 3’s are coming — a look at Tesla prepping for Model 3 Christmas deliveries (Reddit: tesla99)

Another pertinent quote comes from Mikhail Bakunin: “By striving to do the impossible, man has always achieved what is possible.”

As Patrick puts it, “If you want to move people off the status quo, you have to present them with something exciting. A promise of something 10 years from now will be discounted to the point of insignificance and ignored by most.”

A case in point: the timid promises made by major automakers, who announce plans to launch new lines of electric vehicles by 2025, or by politicians, who pledge to reduce greenhouse gas emissions by such-and-such an amount by 2050. These goals may be better than nothing, but they don’t excite anybody, because we all know that the people who set them will be on the golf course (or maybe we’ll all be underwater) by the time set for their completion.

In contrast, when Musk makes a promise, we know he stands behind it. The timeline may be shaky, but the goal is never in doubt. And the goals are important ones, innovations that can improve all of our lives and lead to a more sustainable society. In a world where politicians constantly harp on things we can’t afford, and problems that we can’t hope to solve, while the corporate world focuses on trivia like how to design a better razor or a quicker way to share videos of our cats, Musk is one of very few leaders who inspire people with a hopeful vision of the future. Humans can still accomplish great things, but only if we’re patient, and are willing to accept some failures and missed deadlines along the way.