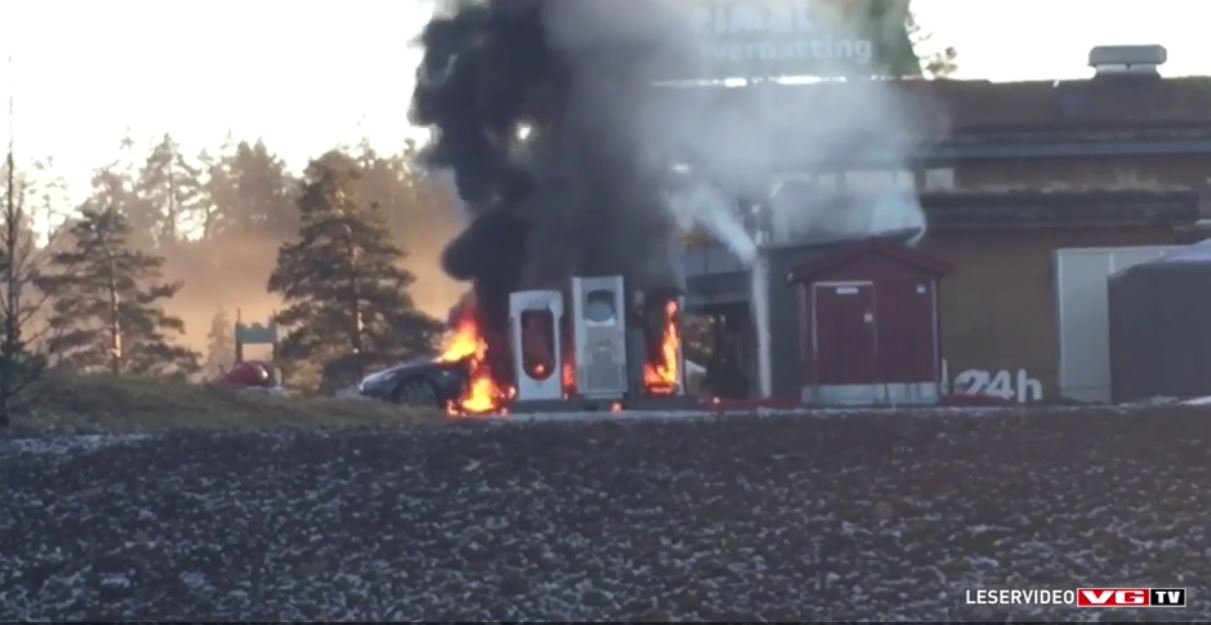 Tesla Identifies Cause for Model S Fire in Norway

After an exhaustive investigation, Tesla Motors has determined that the fire in a Model S in Norway last January was caused by a short circuit inside the electrical distribution box. A software upgrade is planned shortly.

After an exhaustive inquiry, Tesla Motors has determined the cause for the fire that engulfed a Tesla Model S while it was charging at a Supercharger station in Norway. The culprit – a short circuit in the electrical distribution box inside the vehicle according to Norwegian news site VG.

Tesla Communication Manager in Norway, Even Sandvold Roland, tells VG via e-mail, “In January, it was an isolated incident where a Model S caught fire while it used a Supercharger. The cause was a short circuit in the distribution box in the car. Superchargers were turned off immediately when the short circuit was discovered. No one was injured in the fire. Our investigation confirmed that this was an isolated incident, but due to the damage to the car, we could not definitely identify the exact cause of the short circuit.”. 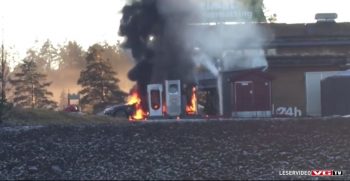 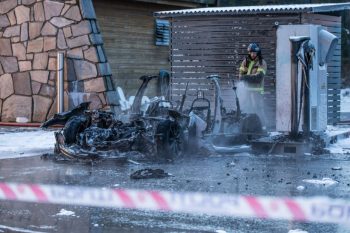 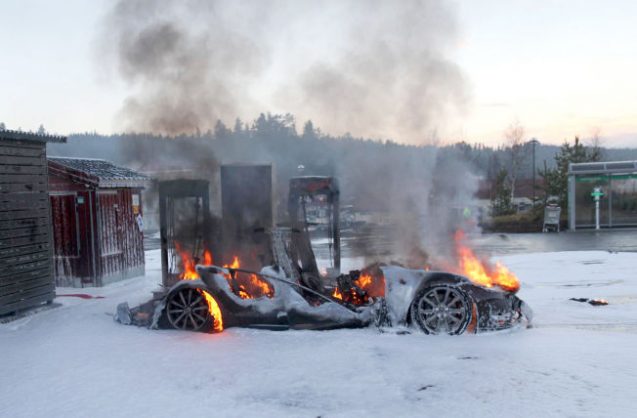 Jan 1, 2016 – Tesla Model S burns to the ground while fast-charging at the Sundebru Supercharger in Gjerstad, Norway. [Source: VG]

Tesla pointed out that its vehicles have used Tesla Supercharger stations safely more than 2.5 million times. In addition, more than 35 million charging sessions have been completed safely and successfully using either home or destination chargers. Nevertheless, the company says it will update the software package in the Model S to provide extra security during charging. It tells VG the update will include a diagnostic solution to prevent charging if a potential short circuit is detected.

The cause of the fire could not be pinpointed further due to the extensive damage to the car. Norwegian firefighters, concerned for their own safety during their first encounter with a burning electric car, allowed the fire to burn itself out while protecting surrounding buildings with fire retardant foam.

The Norwegian Directorate for Civil Protection and Emergency Planning (DSB) was involved in the investigation of the fire. It had several meetings with Tesla representatives and is convinced this was an isolated incident. There is no reason to over-dramatize the event, they concluded.

DSB chief engineer Jostein Ween Dig told VG, “We are confident that this is a special event. A car fire is often spectacular, but there is no reason to believe that electric cars burn more often than other cars. Statistics actually indicate that incidence of fires is lower for electric cars, he said.

Actually, the fire was a “kinder” event than a fossil fuel fire, Dig said. “The owner had time to run back, unplug the charger connector and remove his possessions from the car. It took several minutes before the car was ablaze. Normally an electric vehicle fire is not as explosive as it can be in a petrol car. The flames you see in the picture and video were mostly from plastic in the interior that caught fire.” He emphasized that the battery did not explode.

Norwegian officials seem satisfied that Tesla automobiles and Supercharger stations pose no unusual risks of fire. The Supercharger location is now back in full operation and doing business as usual.

Special thanks to Leif Hansen in Norway for alerting us to the VB news story.

Tesla Identifies Cause for Model S Fire in Norway