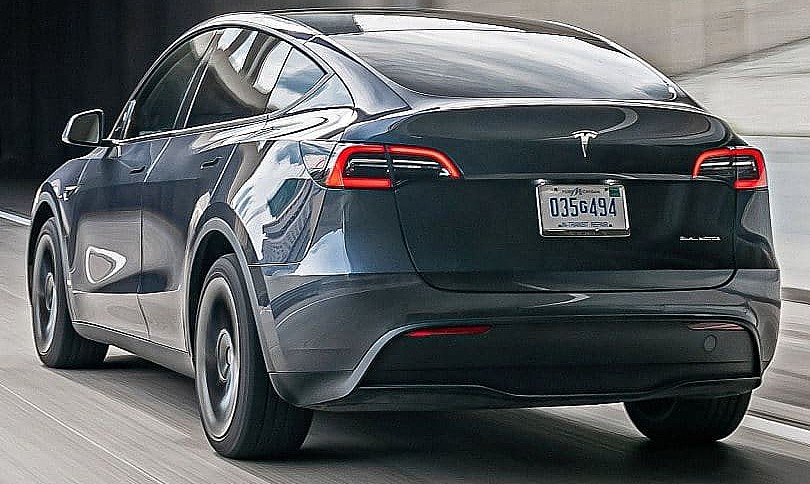 Tesla is delivering new Model Y vehicles without radar, and the vehicles are equipping several relatively unknown changes when it comes to the overall operation. The changes are making the vehicle’s functionality perform differently, and it seems to be more robust and for the better, according to owners.

A new video from Tesla owners/enthusiasts DaErik shows the subtle but very noticeable changes in the Model Y, now that Tesla has started delivering vehicles without radar. For those who aren’t familiar, Tesla has long set out to eliminate radar from its vehicles in favor of a completely camera-based approach called “Tesla Vision.” Recently, Tesla announced that from May 2021 on, Model 3 and Model Y vehicles would no longer equip radar. Model S and Model X cars will still have radar for the time being, but it will eventually be removed from these vehicles as well.

DaErik met up with several friends who just took delivery of a new Model Y. For more comprehensive comparison optics, the friends compared Tesla Autopilot’s performance in the new, radar-less Model Y to the other Model Y they own, which does have radar installed. The differences in the overall performance of Autopilot were great. The new owners said that the Model Y without radar seemed to not only drive more confidently, but the overall performance of Autopilot was considerably and noticeably more precise and less timid than it was previously. This is a good sign and should alleviate worries from plenty of potential owners who were skeptical of Tesla’s removal of the radar and camera-based system in its vehicles.

The Model Y wouldn’t travel past 75 MPH on Autopilot, a detail that the company outlined in its blog post that announced the introduction to “Tesla Vision.” However, Auto High Beams must be turned on to utilize Autopilot now. This makes sense because, for the vehicle to have the best vision possible after radar was removed, high beams will provide the new, vision-based vehicles with more visibility in dark environments.

Additionally, new windshield wiper nozzles seem to be available on the radar-less Model Y. DaErik notes that his Model Y isn’t necessarily the most impressive when it comes to windshield washer fluid coverage, and several areas remain untouched or dirty. However, the new Model Y seems to have more washer jets that spray the fluid onto the windshield, making the glass cleaner and providing better visibility for the driver. This is certainly advantageous to those who drive in challenging weather conditions, especially snow.

The new 2021 Model Y also has the double-paned glass that Tesla has installed onto the Model 3. This feature helps deafen road-noise, adds additional stability for air circulation by keeping air within the car, and provides additional strength to all windows in the vehicle. In addition, Tesla also added Auto-Dimming Side Mirrors to the new Model Y.

There are also some changes to the taillights on the car, with the new Model Y having more visible, amber-colored brake lights and more precise reverse lights, as seen below. 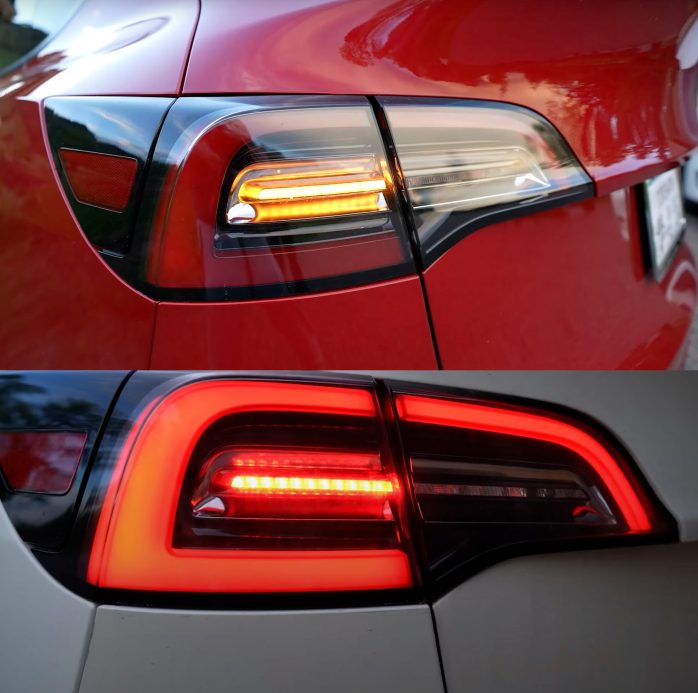 Tesla obviously had to make several changes as it phased out radar from its two mass-market vehicles. The most obvious change is the Auto High Beam option that Tesla has made a requirement for Autopilot operation, but the several other changes also show that Tesla is planning to make any changes possible to make its all-electric crossover more well-rounded for future deliveries.

Watch DaErik’s full video explaining the Model Y’s new changes as Tesla phases out radar from its all-electric crossover below.