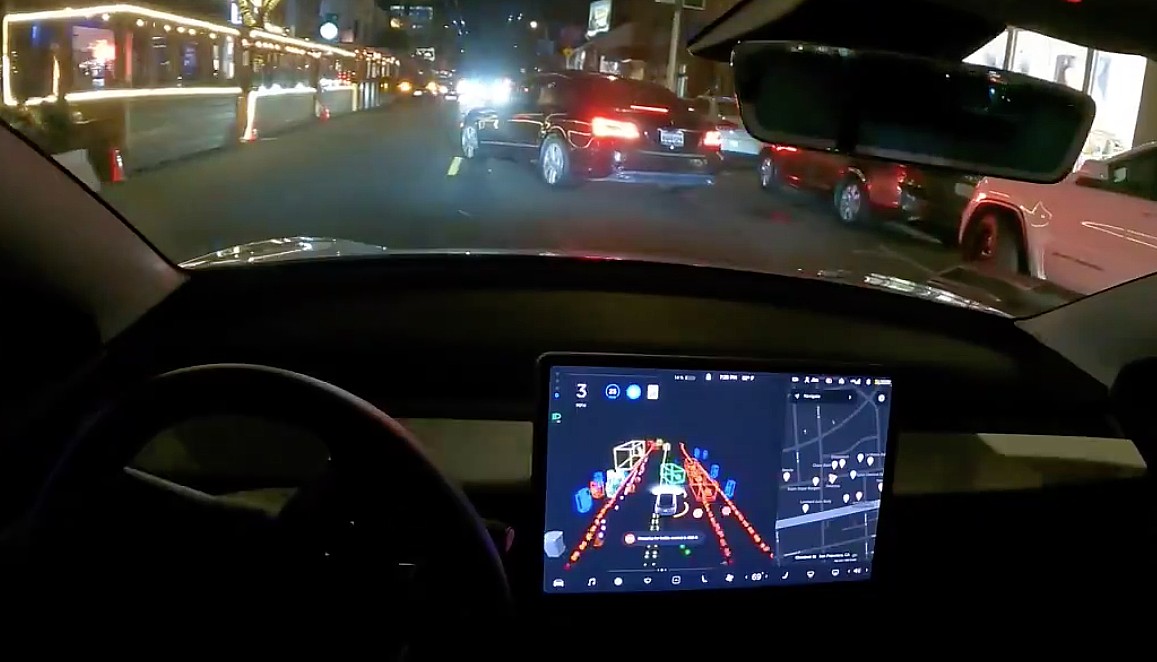 Tesla’s recent decision to scrap Radar in favor of a Camera-based approach for Autopilot and Full Self-Driving aligned with the company’s plans and statements over the past few Earnings Calls. For CEO Elon Musk, the goal has been to get away from radar and depend on camera systems for Tesla’s self-driving plan, but some owners are not convinced of the decision. Over the past few days, I have received several emails and Tweets about the decision, with some owners still not completely confident in the vision-based approach Tesla will take.

During the Q1 2021 Earnings Call just a few months back, Elon Musk made it clear Tesla would be switching to a Camera-based system for AP and FSD. Comparing the cameras to human eyes, Musk’s explanation made a lot of sense.

“When your vision works, it works better than the best human because it’s like having eight cameras, it’s like having eyes in the back of your head, beside your head, and has three eyes of different focal distances looking forward. This is — and processing it at a speed that is superhuman. There’s no question in my mind that with a pure vision solution, we can make a car that is dramatically safer than the average person.”

Now, the thing is, eyes, while great for seeing things that are in the clear, are highly effective, and it makes a lot of sense to try and use this sort of approach for self-driving because it is how humans have driven for years. But when humans are confronted with low visibility and severe weather on the road, the confidence goes down, and many drivers adjust by traveling at lower speeds. Some even pull over and wait for the weather to subside, a move that is rare for many but some simply do not like driving in bad weather.

This is where radar comes in handy because it can identify and locate objects and how far they are away from the vehicle in the event of low visibility on the road, which is something that the human eyes, or cameras, simply cannot do.

An email from an Australian reader seemed to narrow in this point even further. A man named Peter emailed me and stated that his Model 3 recently identified a truck that was ahead of him but concealed in an opaque, white mist several car links ahead of his vehicle. “I assumed that visualization was created as a result of radar. In those conditions, the message multiple cameras blocked or obstructed appeared and the autopilot screamed and handed over,” Peter said.

Unless I’m in fog on I-5 and can’t see the massive collision ahead…. I’d like to understand the workaround to this. pic.twitter.com/sQXB63yWlv

He then added, “On multiple other occasions I’ve noted on the visualization screen an unsighted vehicle obstructed by an SUV ahead of me.”

Without radar, the recognition of these vehicles would not be possible, so it brings some concerns to drivers who have utilized the radar system in vehicles to gain confidence in their surroundings.

Now, in a somewhat comical response to concerns, Musk posted a Reddit response from u/YukonBurger, which stated that they worked with radar a lot and were “very, very happy” with Tesla’s decision. It basically explained that trying to jive radar and cameras together is extremely difficult, and there are instances where using your eyes is just a better option because you can see how far you are away from things. Interestingly, the post does admit that “radar is really only good for reduced visibility situations where lane-keeping will probably also be degraded enough to not be worth it.” It concluded by stating that vision is still quick enough to avoid accidents or vehicles in front of the car in a short period of time, the real issue comes from cars behind you.

Not sure who wrote this, but it’s accurate pic.twitter.com/gRvWxOJZ56

It seems that the real key to vision being a better approach comes down to the fact that, in clear conditions, it won’t have an issue identifying and removing itself from danger. Even in rainy conditions, where visibility isn’t necessarily bad, the vision approach is more advantageous than using radar.

The goal, ultimately, is to make the cars act as a human would, and humans don’t have radar. Instead, they compensate for reduced visibility with less dangerous driving. Slower speeds, more cautious navigation, and less frequent lane changes. Autopilot and FSD are already pretty timid and “shy” to begin with, it’s not like they’re out there driving like pissed-off teenagers.

I think that, while this move is somewhat worrisome for some drivers, the benefits outweigh the disadvantages. This has been a part of the plan for some time, and I think that now it is becoming a reality, some are starting to put the pieces together that there won’t be any radar so visibility limitations could end up being problematic. I wouldn’t worry, because I believe the cars will adjust just as humans do, they will simply be more cautious and more courteous on the roads in these settings.