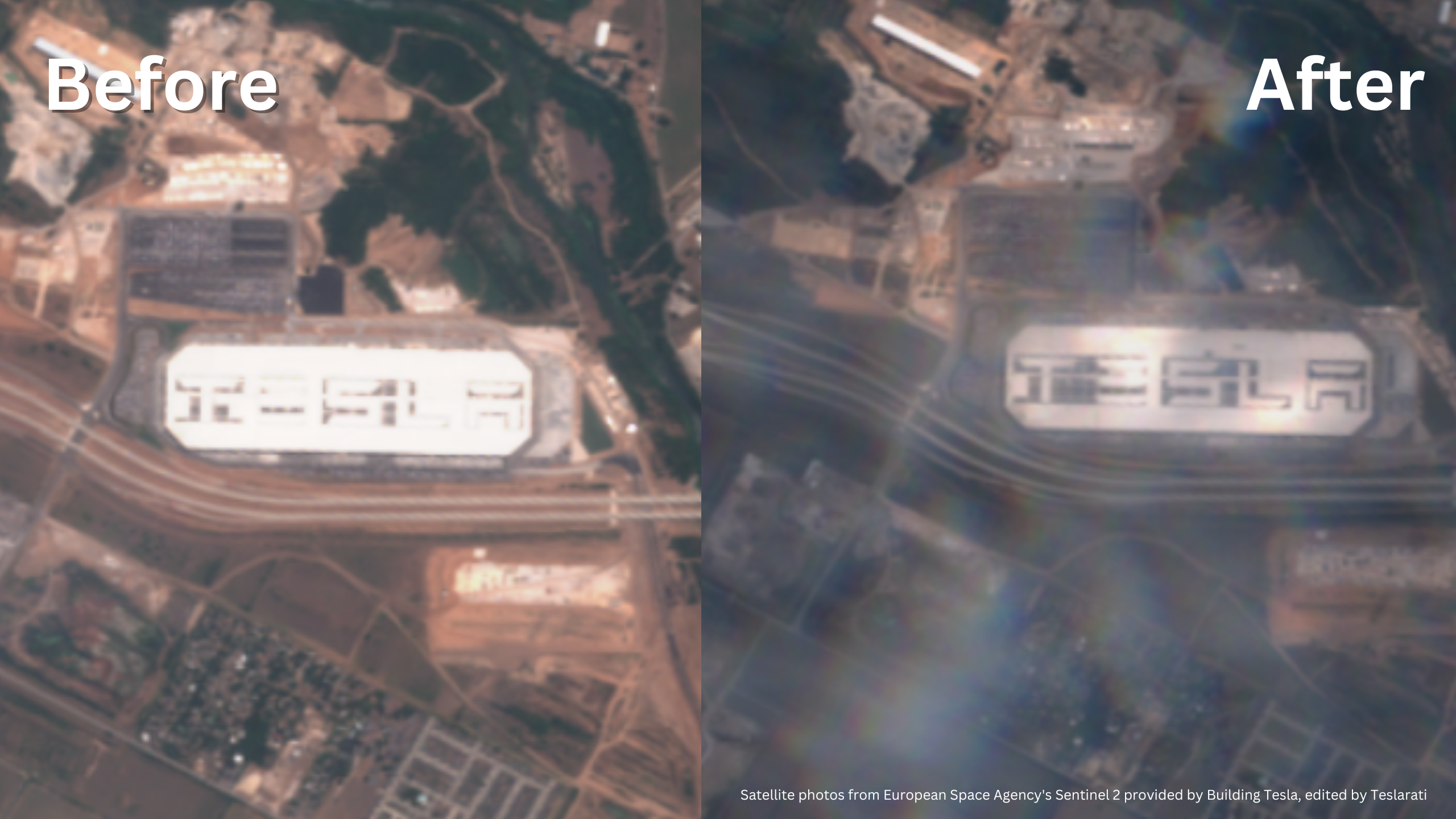 Tesla’s Giga Texas solar roof installation is visible from space. Satellites photos taken of the factory show quite a bit of progress.

Building Tesla, a website that compiles satellite, drone, and video footage of various Tesla factories, recently shared before and after satellite photos.

The photos were provided by the European Space Agency’s Sentinal 2 satellite which maps changes in the environment such as land cover, pollution in lakes and coastal waters, volcanic eruptions, and landslides.

In the photo below, you can see a side-by-side view of the progress of Tesla’s solar roof installation at Giga Texas. The first photo (left) was taken on August 18, 2022, and the second photo (right) was taken today, September 27, 2022.

In August, Gigafactory Texas drone operator Jeff Roberts took photos of the solar array on the roof, showing the installation’s progress. Tesla, which doesn’t traditionally advertise, has turned its roof into a gigantic billboard visible from space.

The photo below was from Tesla’s Q2 2022 shareholder deck and we can compare it with the satellite images.

In Tesla’s photo, you can barely see the outline of the word, ‘Tesla.’ The outline first, third, fourth, and fifth letters are defined but the E isn’t as defined.  In the second satellite photo taken by Sentinel 2, the space between the T and the E is filled with solar panels. The E is also a little more defined than it was in Tesla’s photo or the first satellite photo.

There also have been more solar panels added to the left side of the T so it looks like they are filling in the roof with solar panels beginning with that side. This reminds me of pointillism but done with solar panels instead of a pen and done on a much larger scale.