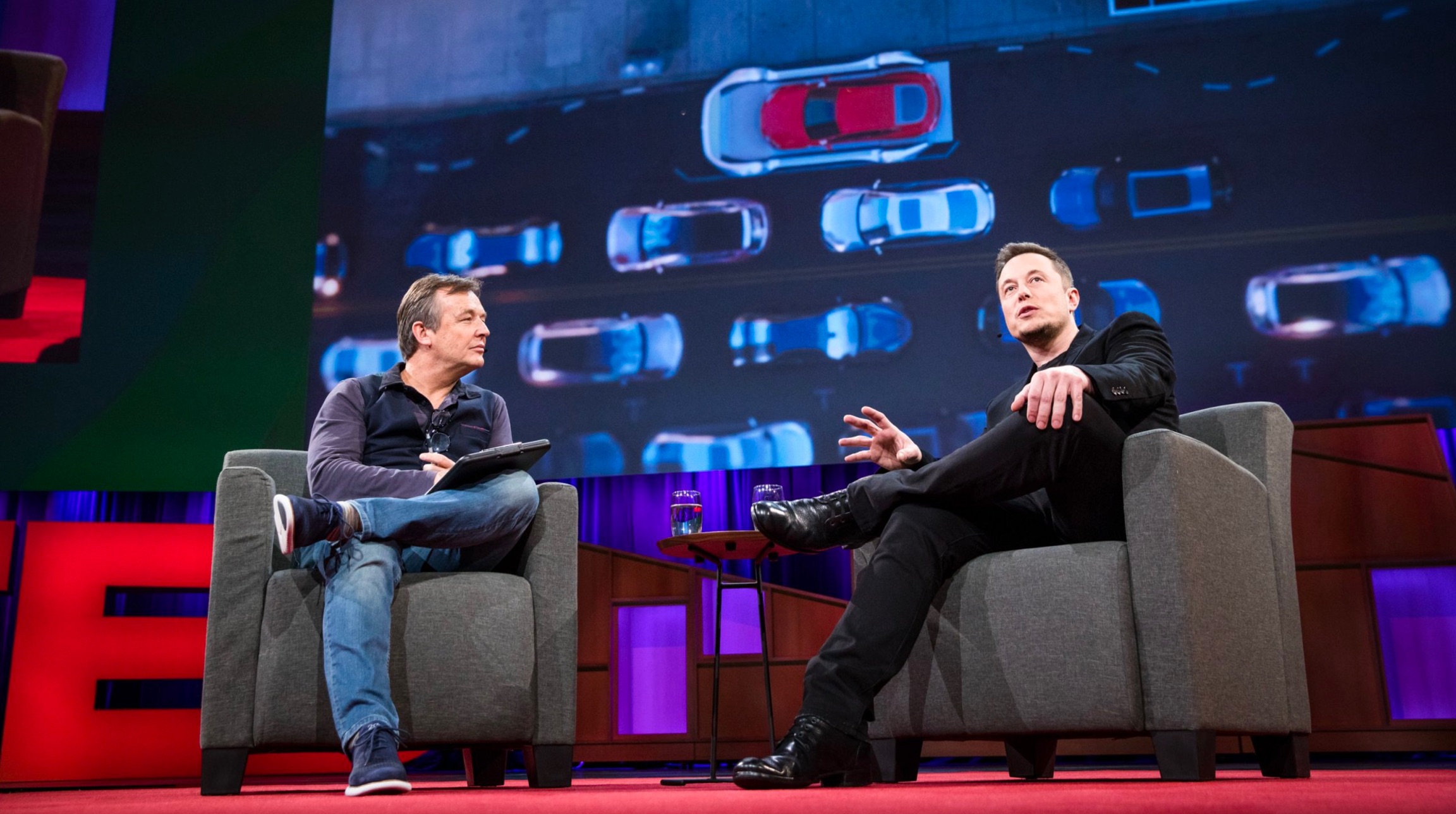 Full video of Elon Musk at TED2017 in Vancouver

Serial tech entrepreneur Elon Musk sat down with TED’s Head Curator Chris Anderson at TED2017 “The Future You” conference in Vancouver to discuss his latest vision for an underground tunnel system using electric skates, upcoming goals for Tesla and SpaceX, and his vision for building a civilization on Mars.

The entire video has been published by TED today which we’ve embedded below.

Watch Musk as he discusses his motivation for colonizing Mars isn’t built on the foundation of becoming “anyone’s savior”. Rather, “I am just trying to think about the future and not be sad”, reveals Musk.

Beyond providing more detail about Tesla’s upcoming project to expand into the trucking industry, Musk also reveals that his latest company, The Boring Company, has a pet snail named Gary. Gary serves as the motivation for engineers that are working on the company’s advanced tunnel digging machine, which was recently spotted in front of SpaceX.

Full video of Elon Musk at TED2017 in Vancouver