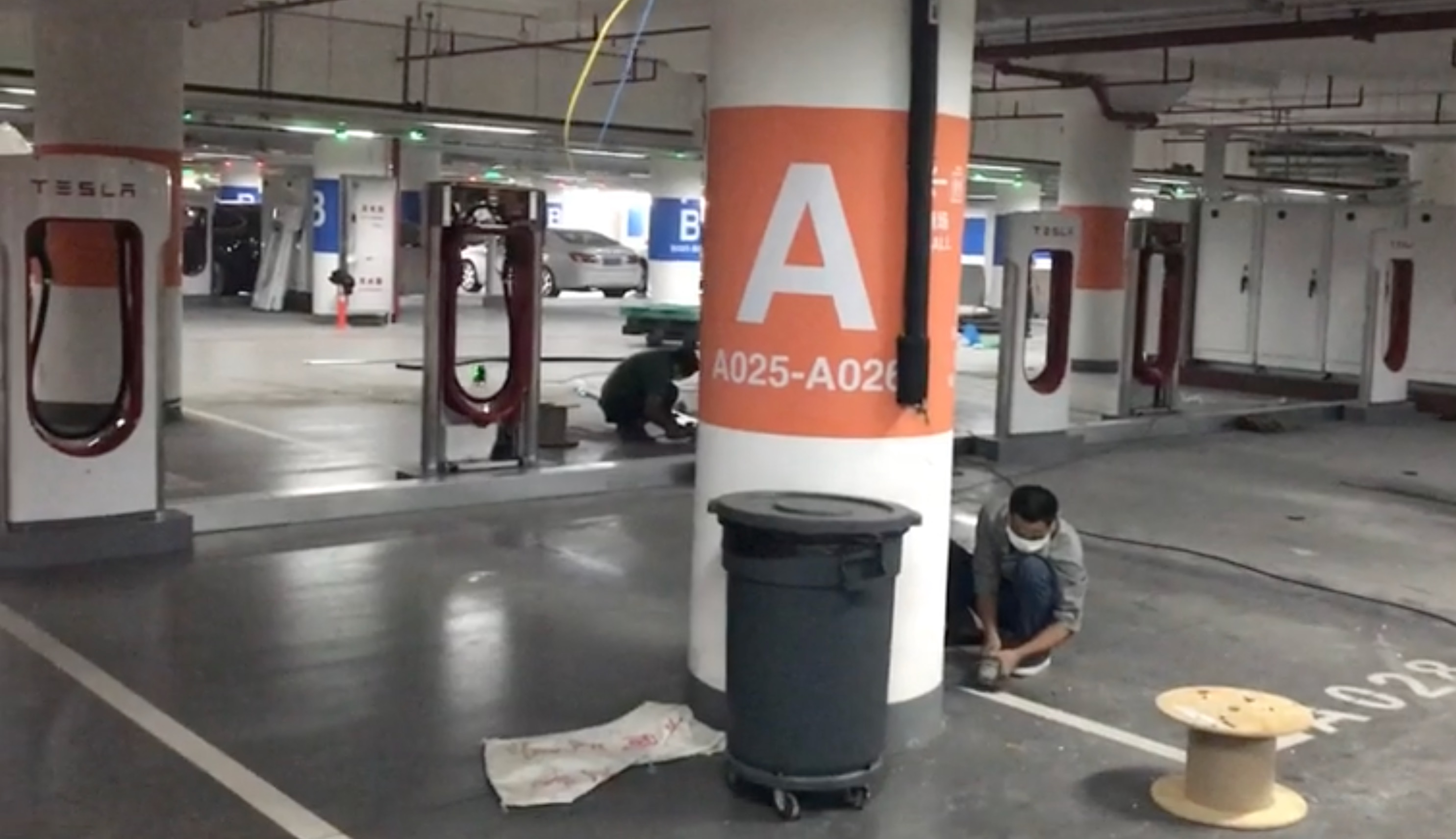 Tesla is in the midst of building a massive “world’s largest” Supercharger station in Shanghai that is expected to house somewhere between 40 to 60 Supercharger stalls when complete. Video of the new station that’s reportedly located at the Lilacs International Commercial Centre off of Dingxiang Road in Shanghai first surfaced on Reddit, with commenters dubbing the high density Supercharger location as a “superstation.”

A Tesla spokesperson has confirmed with Teslarati that the Supercharger location is under construction and details including the number of stalls and charging output will be released when the site opens for charging.

The video posted by JayinShanghai shows an extensive garage where roughly 50 Supercharger stalls are being worked on for the Shanghai public. Currently, the largest Tesla Supercharger station is in Nebbenes, Norway, a rural town 40 miles outside Oslo and home to some 20 stalls. The configuration also matches several other 20-stall stations being installed across much of California and the US.

Shanghai’s upcoming station appear to house the traditional Supercharger as opposed to the lower-powered and more compact urban Superchargers that Tesla detailed earlier this month.

The urban chargers, which Tesla designed to provide reliable charging for high density residential areas where individual garage charging is impossible, features a slim and sleek design that isn’t prone to “charge splitting,” wherein power from the charger is reduced when a neighboring vehicle begins to charge from the same bank.

A Shanghai “superstation” will further expand charging options for Tesla drivers, linking cities like Hong Kong and Beijing and making all-electric travel across China even easier.

As Tesla takes steps closer to the 1,000 Supercharger mark, Chinese Tesla drivers will continue to benefit from an ever-expanding charging network.