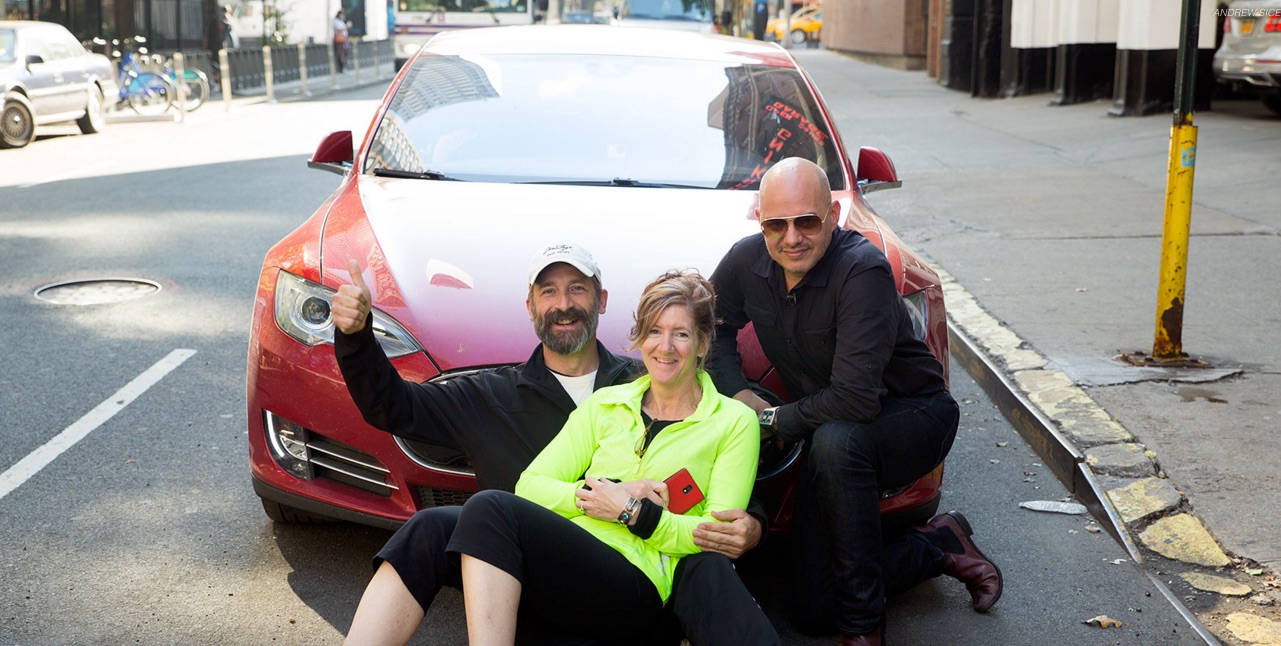 Rally driver Alex Roy and two co-drivers have set a coast to coast Autopilot record of 57 hours, 48 minutes, driving most of the way with Autopilot enabled.

Rally driver and all around hell raiser, Alex Roy, just completed a cross country trek of 2,700 miles from California to New York in a Model S with Autopilot enabled. The journey took 57 hours, 48 minutes — a coast-to-coast Autopilot record. Roy was joined by Carl Reese and Deena Mastracci who set their own records earlier in the year, and in the same Model S, for the least amount of time spent charging when driving cross country.

Congrats on driving a Tesla from LA to NY in just over two days! https://t.co/hjAnAAIdMB

According to CNET, Roy once made the same trip in just over 31 hours in a modified BMW M5. That car was heavily modified with an array of radios and radar jamming equipment to help him disguise his presence from the authorities. Although the trip was one of the fastest on record, the people at Guinness World Records refused to recognize the feat, claiming they do not condone records that involve illegal activity.

Roy’s latest coast-to-coast crossing in an Autopilot-enabled Tesla Model S was his attempt to demonstrate just how safe semi-autonomous driving can be. According to Roy and team, the drivers kept their hands off the wheel whenever possible and experienced no issues with Version 7.0 along the way. All charging took place at the Tesla Supercharger locations along major highways as a way to keep the amount of time devoted to charging to a minimum.

One of the most innovative features of the latest Autopilot suite is its ability to crowd-sourced driving data from Tesla owners and share these findings with its fleet of vehicles. There’s little doubt that Tesla’s sophisticated machine learning algorithms have already expanded its sample data, as captured via this epic coast-to-coast trip, and incorporated it into its Autopilot modeling.

Speaking of data, Roy says that the information about his route, speed and charging times will be forthcoming soon — just as soon as he gets some sleep.