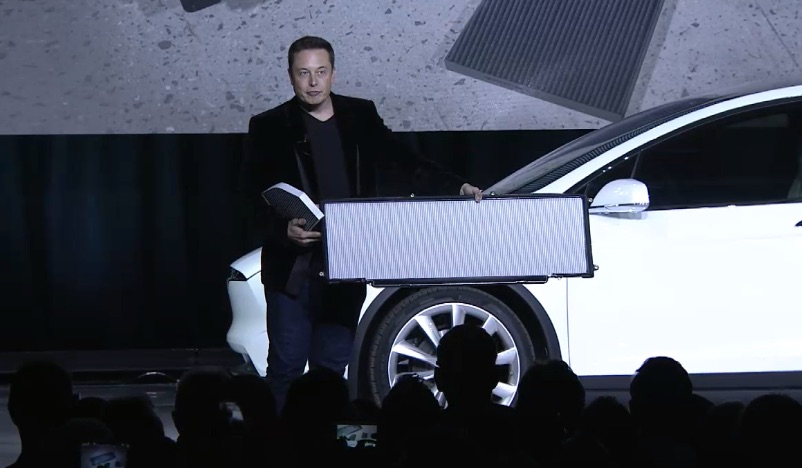 The idea of Tesla’s Bioweapon Defense Mode might sound silly at first, but it’s exactly what the Chinese market needs

Wealthy Chinese are becoming more and more aware of the country’s heavily polluted land, water, and air, and are willing to pay to avoid those hazards. Some go as far as importing food, beverages and spending extended periods of time outside the country as a way to avoid the pollution. The number one consideration for Chinese families when deciding where to live isn’t based on schools or cultural activities available in cities, but rather access to air that is safe to breathe.

The Tesla Model X Bioweapon Defense Mode filtration system, with its promise to prevent a majority of pollutants from entering the vehicle’s cabin, will be welcomed enthusiastically by Chinese customers enticed by the prospect of breathing hospital quality air. Though several scientists involved in anti-terrorism and biological weapons research have debunked Tesla’s claim of bio warfare capable filtration, the feature will be a far more important selling point in China than the much talked about falcon wing rear doors and self actuating front doors.

According to Business Insider, A recent study conducted by the University of California at Berkeley found that 1.6 million people a year, or roughly 4,400 people a day, die in China from air pollution related illnesses. China’s surge in industrial production over the past two decades have been powered largely by electricity generated by burning coal, much of it low grade brown coal from Australia.

Modern day China is one of the leading countries in the production of solar and renewable energy. The government’s massive initiative to replace fossil fuel cars and trucks with so-called “new energy  vehicles”, namely battery electric and plug-in hybrids, will be the catalyst needed if Tesla is to consider building its mass-market Model 3 in China.