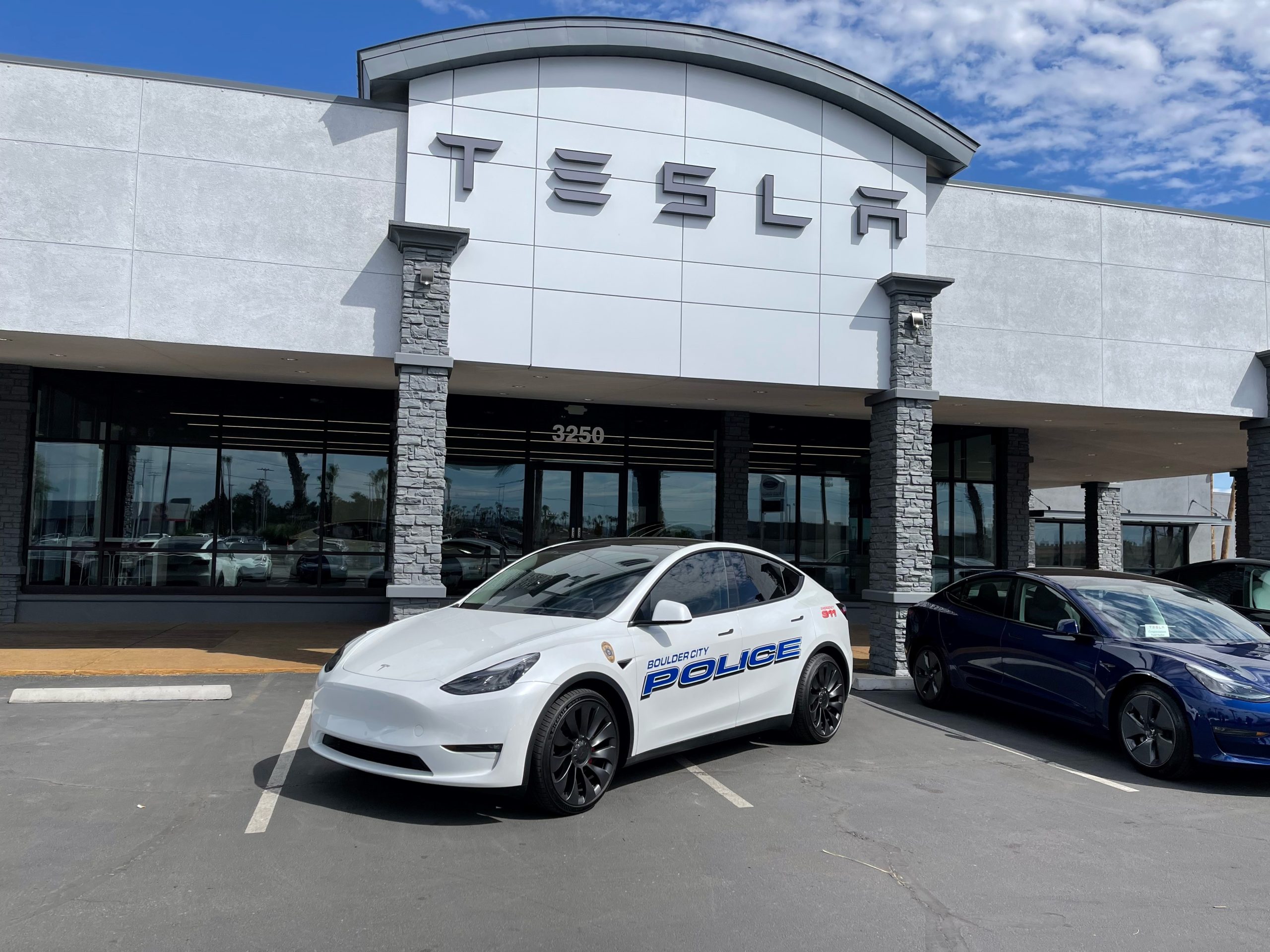 In an emailed news release to Teslarati, the department said that there were 23 patrol vehicles with model years 1999 through 2015 that need to be replaced in the coming years.

Repairs are no longer cost-effective and the department’s fleet management team determined that replacing them is the safest and most fiscally responsible option.

Boulder City is using less than 2% of the city-council-approved funds from the American Recovery Act to purchase a total of five new EVs which include two Tesla Model Ys, two Tesla Model 3,s and one Ford Mustang Mach-E.

Teslarati recently reported on the Boulder City PD’s five vehicles a few days ago when the department shared why they purchased the EVs, especially the Teslas.  Lieutenant Albowicz told Teslarati that the department picked the Teslas due to the company’s ability to deliver, “a quality product quickly and at a reasonable cost.”

The department has taken delivery of two Tesla Model Ys and City Manager, Taylour Tedder, said that although the initial price of EVs is higher than a traditional police vehicle, fuel and maintenance savings make the actual cost to own much less.

“The initial price on the electric vehicles is slightly higher than a traditional police interceptor, but fuel and maintenance savings over time make the true cost to own much less than a new Ford Interceptor,” Tedder said in the press release.

“Because these cars are equipped with 360-degree cameras, the City won’t need to spend as much outfitting the cars with cameras. Our objective is two-fold: the safety of our officers and to make sure all available officers are on the roads and visible to our residents.”

Boulder City Police Chief Tim Shea said that he has researched the vehicles and spoken with officers and other police chiefs across the county about their experiences with EVs.

“This pilot program means that we can do an in-depth look at the EVs and determine if they are a good fit for our department.”

Although the city hasn’t announced a timeline for the pilot project, it plans to move vehicles around to explore other EV applications within the city. According to the headline in the press release, it will be sometime in the fall.

The department realized that the need to replace the aging fleet became very critical in April when a patrol car on the scene of an accident was destroyed by a distracted driver. The driver was so distracted that they didn’t even notice the emergency lights.

“Thankfully, the officer jumped for safety just in time,” said Chief Shea. “Accidents happen, and when they do, it can impact our ability to keep officers out in the field.”