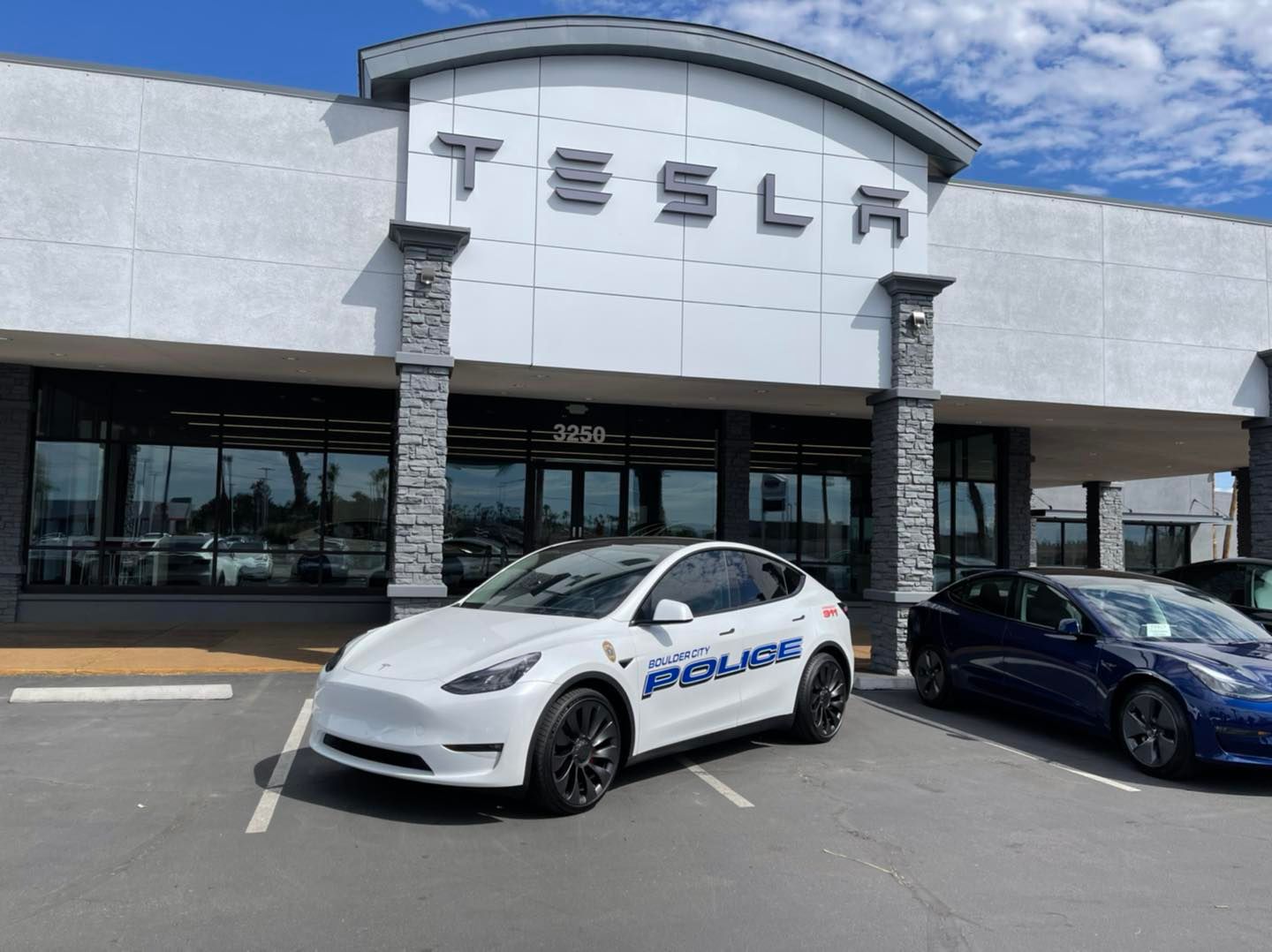 The Boulder City Police Department purchased several new EVs for its fleet and we recently reported on the purchase of its Tesla Model Ys. Boulder City purchased the new EVs with a small portion of the American Rescue Plan Act funds and the city said that this was a strategic decision considering that the police department is the city’s largest gas user.

Teslarati reached out to the Boulder City Police Department and we wanted to know how many Model Ys they purchased and also, what made them choose Tesla. At the time, we didn’t know about their purchase of the Ford Mustang Mach E GT.

“Our plan is to test and compare the Model Y against the Mach E (in patrol).  The remaining vehicles will be tested and evaluated in other roles.”

Those other roles would include detective or administrative vehicles and other similar roles, Lieutenant Albowicz explained.

Lieutenant Albowicz also shared several reasons why the department chose to buy Tesla EVs. Tesla’s ability to deliver the vehicles quickly and at a reasonable cost as well as its ability to solve problems remotely and send a mobile repair technician to the location topped the list.

“We chose Tesla due to their ability to deliver a quality product quickly and at a reasonable cost.  We ordered our Teslas just under a month ago and have already received our Model Ys.  As a comparison, the Mach E was originally ordered on February 3rd (by someone who backed out of the deal – we were able to pick up the order) and we are still waiting for it to be delivered.”

“The Mach E also cost approximately six-thousand dollars more than the Tesla Model Y.  Another consideration was Tesla’s ability to fix problems remotely (should any occur) and their ability to send a mobile repair technician to our location.  Lastly, we like doing our part cutting down on fossil fuel use and pollution.”