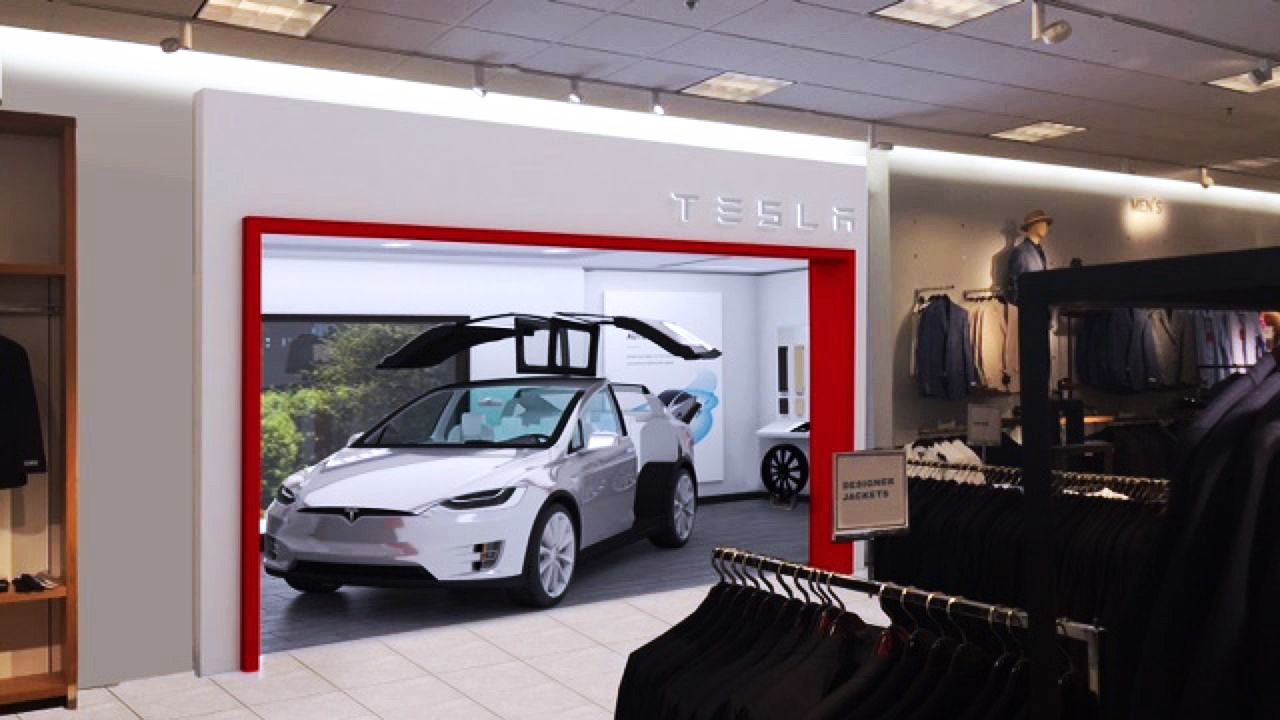 Tesla Model X on display inside Nordstrom at The Grove in Los Angeles [Source: Nordstrom]

Tesla has just announced a partnership with Nordstrom that will allow individuals interested in one of the company’s electric vehicles to take a test drive with an Tesla employee directly at the upscale fashion retailer.

However purchasing a Tesla won’t take place from the Nordstrom store itself. Instead, the on-site Tesla employee will coordinate a phone call between the interested buyer and an an off-site Tesla sales associate who can further assist the customer with the purchase, either by phone or via the company’s online ordering system.

According to FastCompany, Tesla is currently looking to obtain a sales license that would allow them to sell directly from Nordstrom. The new partnership represents a clever strategy that will potentially allow the Silicon Valley based automaker to skirt state regulations that prevents the company from selling direct to customers.

The new partnership with Nordstrom is currently in a pilot phase and only available at the store located at The Grove, a popular outdoor shopping, dining and entertainment facility among Losangeleans. Tesla will have a Model X on display inside a 400 square foot boutique within Nordstrom.

“[We’re] bringing Nordstrom customers a Tesla experience, and I think for Nordstrom as well, it’s like, How can we target Tesla’s audience?” says Tesla’s vice president of North American Sales, Ganesh Srivats. Srivats also happens to be a former executive at fashion brand Burberry which had worked extensively with Nordstrom in the past.

The pilot program at the Nordstrom Grove location will run through the end of the year. “We’re focused on listening to our customers and seeing how they respond to this type of differentiated experience,” Nordstrom said in a statement via FastCompany. The high end retailer currently has 121 stores in the U.S. and Canada, and 200 Nordstrom Rack stores.