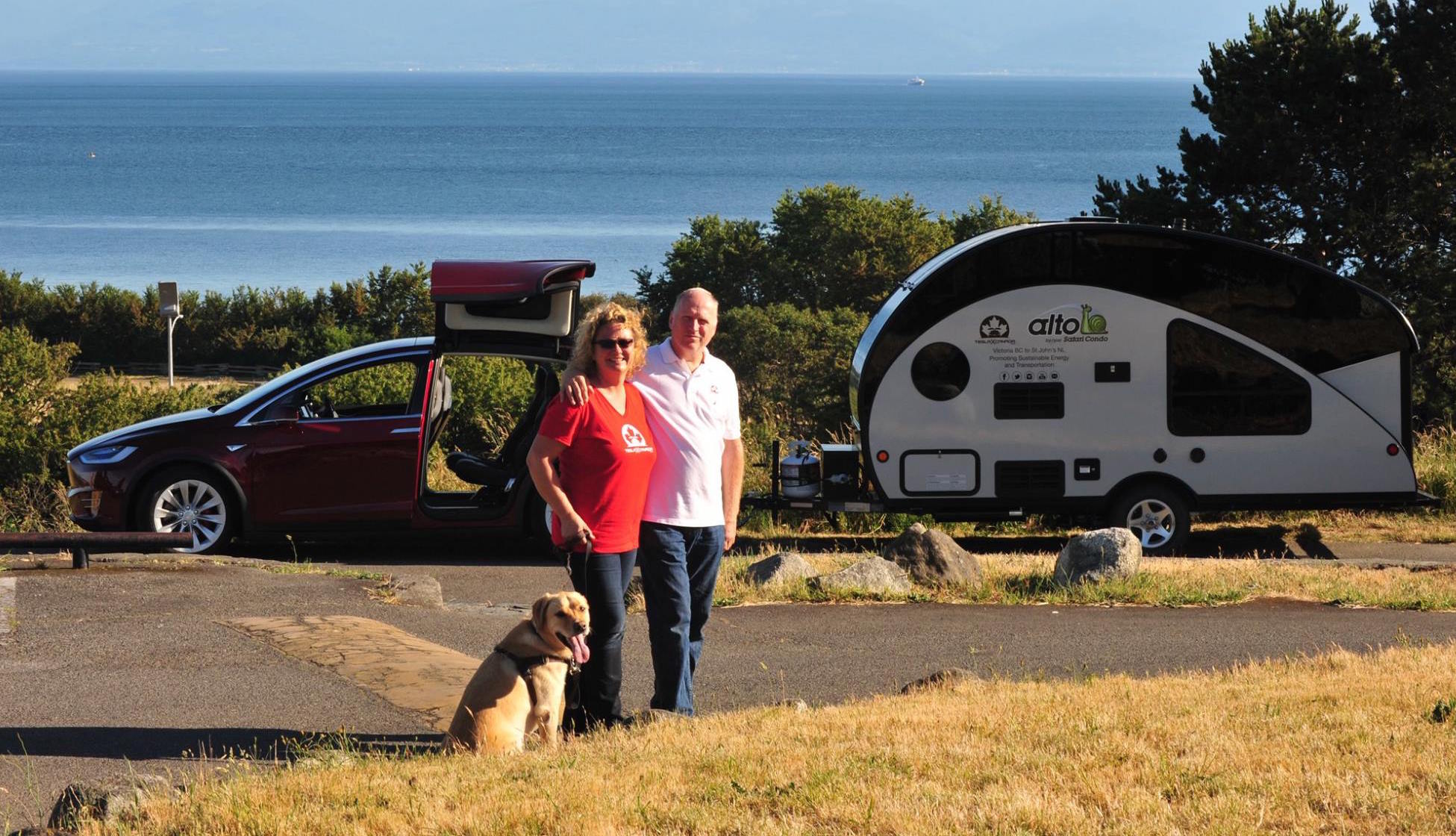 A Canadian couple are driving their Model X across Canada from Vancouver to Newfoundland towing a travel trailer. They expect the 6,000 mile journey to take 3 months.

Silke Sommerfeld and Rolf Oetter are driving their Tesla Model X across Canada from Vancouver to Newfoundland. They began their 6,000 mile journey on June 11 and expect to be on the road for 3 months. “We originally thought we would do it in a motor home, but then we switched to a model X, an electric car,” say Silke. “All of a sudden, driving a motor home across Canada with all the gas involved didn’t feel right anymore. So we thought of alternatives.”

The couple will be towing a specially modified travel trailer behind their Model X. Rolf, an engineer, says, “This trailer is designed to be never plugged in because we need the plug for the car. I installed 800 watts of solar panels and just over five kilowatt hours of lithium ion batteries similar to the ones that are actually in the car.” He says the power in the batteries mounted in the trailer can add 30 to 40 kilometers to the range of the Model X.

Rolf and Silke say a journey across Canada towing a camping trailer with an electric car has never been attempted before. The trip has been in the planning stages for more than 10 years — long before the first Tesla automobiles went on sale. “It’s not so much about one particular brand It’s about electric cars in general,” Sommerfeld says. “It’s a good way to combine something that we always wanted to do, with something that we want to do now,” she adds.

Raising public awareness about sustainable energy and transportation is part of the reason for the journey. “I’m looking forward to going places I’ve never been before, I’m curious what all of that will be like,” she says. “I think meeting people will be very, very interesting. I just love Canada.”

The couple is not affiliated with or endorsed by Tesla Motors. “This trip is our idea,” says Silke. “All we want is to raise awareness and bring electric cars closer to as many people as possible.” They will blog throughout their trip and will also answer questions through social media. “We have Facebook, Twitter, Instagram, and YouTube accounts. You have a question? Send it our way and we will try our best to answer it,”  she adds.