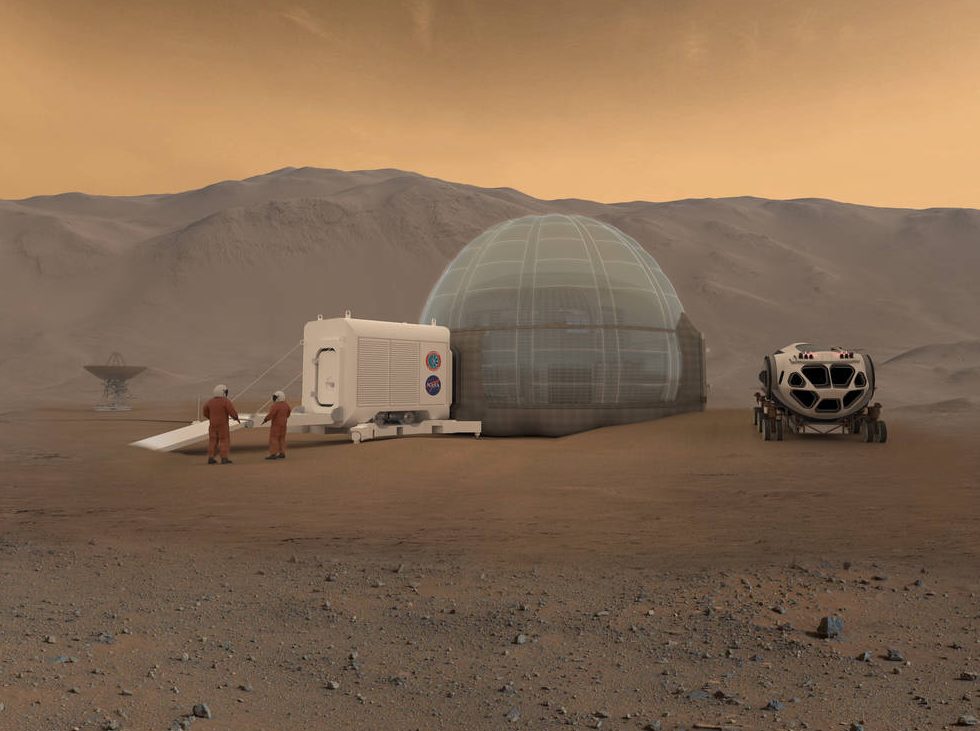 Builders have been making concrete the same way for hundreds of years: by mixing sand with various binding materials.

However, a team of researchers at the University of Colorado, Boulder has a different approach. They’re making a new kind of concrete, one that is alive and can even replicate itself.

It’s made using a common type of microbe: cyanobacteria. This type of organism gets its energy through photosynthesis.

The field of synthetic biology is booming with researchers exploring new ways to build and new materials to work with. Recently, a different team has proposed the use of mycelium as another type of building material.

A major advantage of this new type of concrete is that it can heal itself, repairing any cracks that may appear.

The new concrete type was recently detailed in the journal Matter. “We already use biological materials in our buildings, like wood, but those materials are no longer alive,” Wil Srubar, an assistant professor in the Department of Civil, Environmental and Architectural Engineering (CEAE) said in a news statement. “We’re asking: Why can’t we keep them alive and have that biology do something beneficial, too?”

So how did the group build this new type of living concrete? First, the researchers tried putting the cyanobacteria in a mixture containing warm water, sand, and other nutrients. The microbes began producing calcium carbonate and gradually cemented the sand particles together.

But the process was extremely slow — too slow in fact for the project’s funder, Darpa, the Department of Defense’s research offshoot.

The team switched its focus to gelatin, a food ingredient that once dissolved in water and cooled, created special bonds between its molecules. The team decided to try adding gelatin to the bacteria mixture.

Success! The gelatin not only provided more structure, but also worked with the bacteria and the result was faster-growing, living concrete. It took about a day for the bacteria to form concrete blocks, and although it was weaker than conventional concrete, it was sturdy enough for a person to stand on.

Blocks ranged in size from two-inch cubes to shoebox-sized to larger truss pieces. When stored in relatively dry air and at room temperature, it takes a few days for the blocks to reach their maximum strength. The bacteria can survive for several weeks and even be rejuvenated – resulting in further growth­. Under the right conditions, of course.

“We know that bacteria grow at an exponential rate,” Srubar said. “That’s different than how we, say, 3D-print a block or cast a brick. If we can grow our materials biologically, then we can manufacture at an exponential scale.”

DARPA is extremely interested in this research and in self-growing material in general. That’s because it can be used to build structures in remote and inhospitable areas such as the desert or even outer space.

If the living concrete can prove to be scalable, that would reduce the number of materials that we will need to launch, which is a huge deal when even pound counts.

It’s much easier to bring biology with us than to carry bulky building materials to space. Perhaps the first humans on Mars will live in habitats fashioned out of cyanobacteria concrete bricks, or even mushrooms.

“Nature has figured out how to do a lot of things in a clever and efficient way,” Srubar said. “In austere environments, these materials would perform especially well because they use light from the sun to grow and proliferate with very little exogenous material needed for their growth,” added Srubar. “It’s going to happen one way or another, and we’re not going to be trucking bags of cement all the way to Mars. I really do think that we’ll be bringing biology with us once we go.”