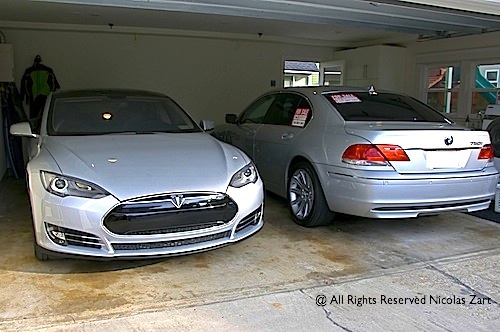 The war the Association of Dealerships is waging against Tesla Motors is odd at best, sad, at worse. Is this the swan song of dealerships in the U.S.A.?

If you build it, they will come to you… not always.

What was once a necessity may not be for tomorrow’s needs. There is no better example of this than today’s continued strange opposition from the Association of Dealership to Tesla Motors selling directly, thus bypassing the middle man. This bizarre little war goes against what every consumer wants, the freedom of choice of how, when and where to purchase products and services. Dealerships are not notoriously known for their universal consumer mass appeal. How many people rave about their overall experiences buying a car or coming back for the planned maintenance horror stories? Not too many. Bleeding thousands of dollars every few months, is not terribly exciting, and certainly does nothing to enforce a positive image for dealerships. So why are dealerships pushing hard against the inevitable, that of freedom? Better yet, why haven’t they jumped on the opportunity to add value to their services, instead of forcing an antiquated protectionist system?

Is it time for dealerships to reboot?

The real question is what are dealerships offering now that is needed? Sure, they offer a choice of vehicles, but that is often limited to a brand or two, and often time there’s an ethical conflict of interest. Dealerships offer sound advice. That one can be debated long and wide, but in the end, a salesperson has quotas to meet and wants you to walk away with his car. That person won’t repair the car. That will be left to another department, which makes the accountability part a tricky point.

Dealerships should take this opportunity to stand out. In a survey we once read years ago, car sales people were only above Realtors, both at the bottom of the worse reputation in the U.S.. Why not take this opportunity to reboot the sagging image and show a more innovative face? Why not learn about electric vehicles (EV) and really become the consultants anyone would want? How about becoming the advisors people who don’t have the time to learn about cars need? This would require courage, something any car sales person already had. This would require foresight, something any business person should have. But mostly, this would require being of service to people who don’t have time to shop around and are looking for someone to trust. Why then, take advantage of that trust and pass the bucket down?

A few years ago, the Massachusetts State Automobile Dealers Association, via its executive vice president Bob O’Koniewski said on AutoNews: “If a manufacturer sees that Tesla is successful with this kind of business model, who’s to say they don’t break out their own EV product lines and create a separate system that bypasses dealers? It’s extremely problematic.”. ‘Bypass dealer’, ‘extremely problematic’, those words explain what a thorn the Tesla model has become for lethargic car dealerships.

Ever since, Tesla Motors has made inroads in an otherwise old and unchanged dealership strategy. Are dealerships opposing something that has to happen? What do they expect to gain, when their image is as low as a flat tire? Take courage boys, stand like men and reinvent one of the most exciting industries in the world. Are dealerships helping Tesla in the long run? You bet.