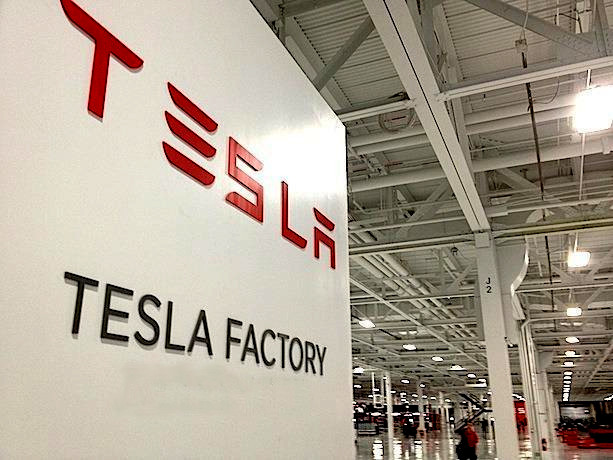 The fiasco around selling Teslas directly in New Jersey and how certain states have opposed it has certainly launched a healthy debate. Has Tesla found a way to sweet talk Arizona into direct sales?

The Gigafactory strikes back!

We love it when Tesla Motors’ strategy disrupts old business models. It means a society and its industries are moving again. If you’ve been following how certain states are forbidding Tesla Motors from selling directly, you will appreciate the latest development in Arizona. Arizona, a state that currently forbids Tesla from selling directly, is rumored to be where Tesla would host its gargantuan giga-battery factory.

A potential 7,000 new jobs in Arizona are nothing to sneer at and it certainly can’t be matched by dealerships employment. House Bill 2123 never reached fruition a year ago, is now making its way to the state legislature that would make direct-sales legal. This, of course, benefits Tesla Motors, which teased the possible location of its gigafactory in the state. Who says business sense doesn’t prevail over politics and lobbies in the end?

The cacophony of excuses and chest thumping from both sides of the political and lobby groups are amusing to read. According to the Arizona Central Mike Gardner, a lobbyist for the Alliance of Automobile Manufacturers speaking at the Senate Commerce, Energy and Military Committee said: “Tesla is asking for a special exemption for them to have a separate set of rules for their electric cars,” but was quick to add: “What we’re opposed to is allowing one of our competitors to go around the dealer network and sell directly to consumers. We think we should all be treated the same.”

Once upon a time, there was a need for dealerships when a myriad of automakers sold cars in the fifties and left many buyers stranded after they went belly up. Dealerships assured buyers wouldn’t be left stranded. However, these days dealerships are outlets for carmakers. Hopefully, both business models will learn from each other to better themselves. This would greatly benefit consumers. Isn’t that what the point is?

On the political side, the message is clear, according to Rep. Warren Petersen, who sponsored the bill: “This is a great opportunity for us to send a message that we welcome business and we welcome Tesla here to Arizona. We shouldn’t deny our consumers from being able to purchase a product if they want.” He also added that dealers and manufacturers are trying to stifle innovation.

Ah, the wonder of potential profit and employment should never be understated anywhere. We welcome Arizona’s change of heart. So what’s next for the state? Legalize marijuana with solar energy? God forbid!