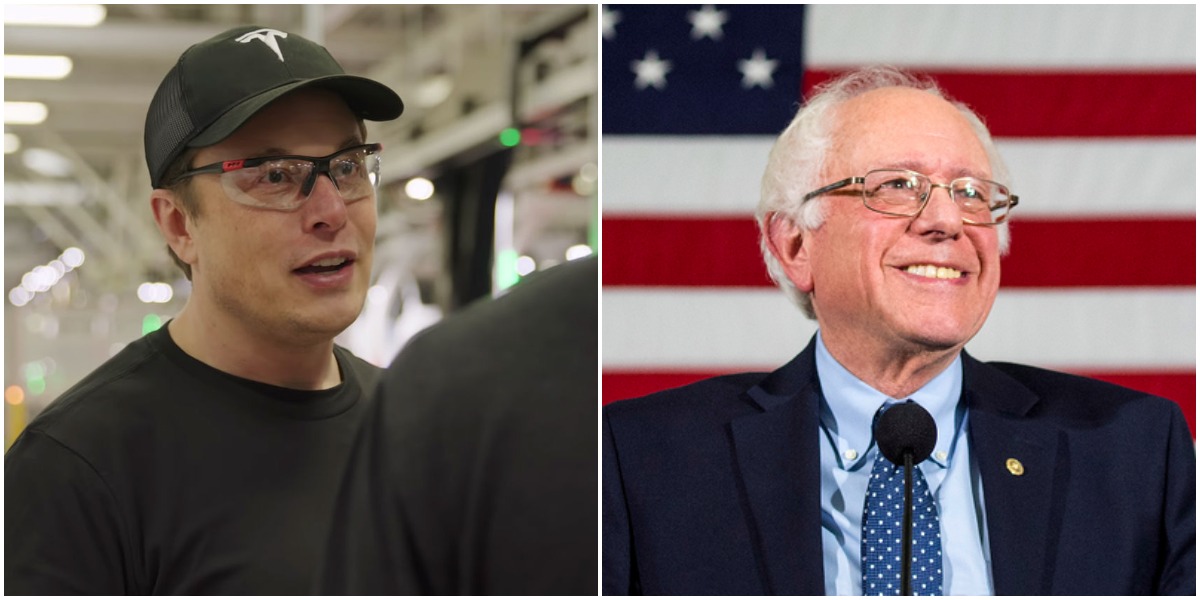 Elon Musk jokes about his “unrequited love” towards Bernie Sanders

Elon Musk may be prone to striking back without hesitation to his critics online, but the Tesla and SpaceX CEO still seems quite fond of some of the United States’ climate advocates. This was hinted at in one of Musk’s recent posts on Twitter, where he joked that his “unrequited love” towards Vermont Senator Bernie Sanders was quite tragic.

Despite Musk and Sanders essentially agreeing on a number of key issues, such as the importance of addressing climate change, the US Senator has made it a point to heavily criticize the CEO for his growing net worth and his taxes. Interestingly, the longtime politician’s criticisms for Musk tend to taper down when the CEO’s net worth decreases, particularly during times when TSLA stock drops.

Musk’s recent comments came as a response to a post from the US Senator, who asked Twitter users, “When future generations ask us what we did to stop the climate crisis, how will we answer?” Musk replied with a quick “ahem,” a cheeky, one-word response that highlights just how much the CEO and his employees have worked to address the climate crisis over the years. Tesla, after all, is specifically created to be a company that addresses the threats of climate change by helping foster an era of renewables.

Musk’s response caught a lot of support from Twitter users, though The Bitcoin Archive group challenged the CEO, urging him to admit that he is actually fond of the US Senator. Musk seemed to support this sentiment, noting that “Is there anything more tragic than unrequited love?” The response is arguably a joke, though it may have some truth into it, considering that some of Musk and Sanders’ goals, such as those for the climate, do align.

While Musk tends to fight back hard against his critics, some of his personal preferences when it comes to policies are actually even more notable than those adopted by Bernie Sanders. Take the idea of Universal Basic Income, which was proposed by former presidential candidate Andrew Yang. Musk openly supported the idea, noting several times in the past that he believes a basic income for people is something that should be present. “Essentially, in the future, physical work will be a choice. This is why I think long term there will need to be a universal basic income,” Musk remarked.

Sanders, on the other hand, seemed skeptical of UBI, noting back in 2019 that “people want work” and they have a desire to “be a productive member of society.” Sanders then noted that his federal jobs guarantee would be a more viable solution. “We take a very different approach from Mr. Yang, and that is I believe in a jobs guarantee,” Sanders said.

Elon Musk jokes about his “unrequited love” towards Bernie Sanders