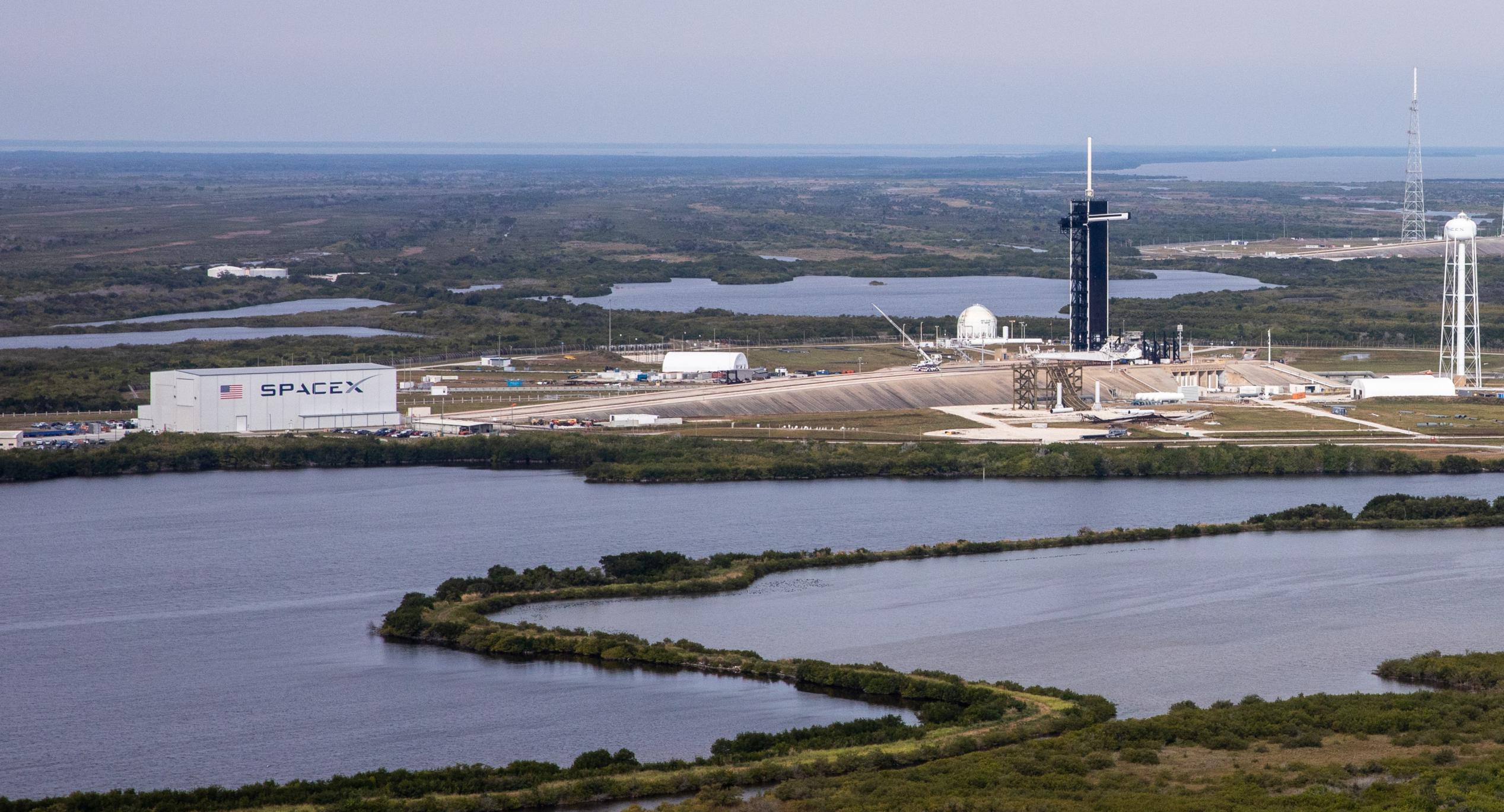 Known as Launch Complex 49 (LC-49) and located where NASA once considered building LC-39C, a third Saturn-class pad to match 39A and 39B, NASA now says that SpaceX aims to develop the site into a dedicated Starship launch pad. The plot of land NASA deemed LC-49 as recently as 2017 sits about 1 mile (1.6 km) northwest of NASA’s LC-39B Space Launch System (SLS) pad and 3 miles (5 km) northwest of LC-39A, which SpaceX has leased since 2014 and launched out of since 2017. Unlike 39A, though, SpaceX has a huge amount of work – and major environmental reviews – ahead of it to turn LC-49 into a site capable of launching a rocket more than twice as powerful as Saturn V.

As of today, “LC-49” amounts to a mostly arbitrary dotted line on a map. Situated a few thousand feet south of the lovingly named Mosquito Lagoon Aquatic Preserve and Canaveral Seashore National Park, the site encompasses a variety of wild wetlands and is fully undeveloped. While substantially wetter, the land SpaceX hopes to develop is actually quite similar to the site that now hosts Starbase’s Starship launch facilities in Boca Chica, Texas. Prior to SpaceX’s arrival, the area was empty coastal mudflats.

To turn such a fragile and unstable area into an orbital launch site, SpaceX trucked in thousands of tons of soil, which then sat in a pile for three years ‘surcharging’ or compressing the ground beneath it. Ironically, while SpaceX did build a relatively small suborbital launch site where it surcharged, the company has built the site’s first orbital Starship launch pad a bit to the east, where no such preparations were made. That bodes well for the speed with which SpaceX could potentially build LC-49 from nothing, though it will likely be significantly more of a challenge.

Because NASA’s proposed LC-49 site is effectively swamp and marshland, SpaceX will have to create the ground any planned Starship launch site will stand on. It’s possible that soil surcharging will be required – and potentially on an even larger scale than what SpaceX did in Boca Chica. However, given that SpaceX ultimately didn’t even use that surcharged land to construct the orbital half of the pad, it’s possible that SpaceX will again be able to make do with less time-consuming construction methods. If SpaceX does more or less replicate an orbital launch site similar to Starbase’s, the pad could be ready to launch just 12-18 months later. NASA and SpaceX will have to complete environmental reviews along the way but given planning work that NASA’s already done over the decades, it’s possible that SpaceX will be able to start building LC-49 well before that process – which could take one or several years – is complete.

No less intriguing is NASA’s implication that SpaceX is simultaneously preparing to expand a facility it leases elsewhere at Kennedy Space Center. Currently used to process and store Falcon boosters, fairings, and upper stages, SpaceX has been clearing a lot beside that hangar that’s about the same size as the entirety of Starbase’s South Texas Starship factory. The obvious implication: SpaceX intends to both build and launch Starships out of multiple Florida launch pads.

Just a few miles south, CEO Elon Musk says that SpaceX has restarted work on a separate Starship launch pad situated on Pad 39A grounds after halting construction last year to focus on South Texas. SpaceX chose to entirely scrap the unfinished launch mount it had built, clearing the site for the construction of a new and improved version of Starbase’s orbital launch site. Altogether, SpaceX is now simultaneously constructing two orbital Starship launch pads (one at Starbase and one at 39A) and planning for the construction of two or three more (a second at Starbase and at least one or two at LC-49).