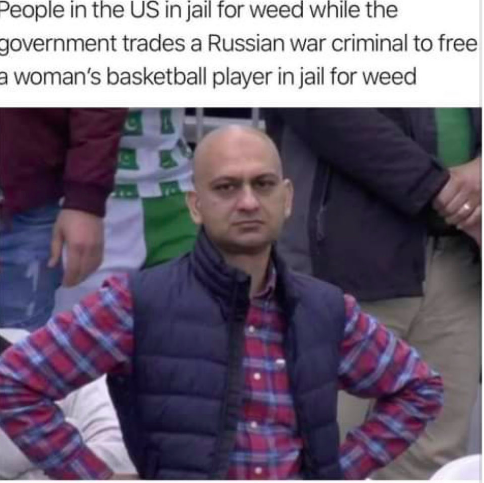 Elon Musk suggests Americans in jail for weed should be freed

Elon Musk took an important stand for Americans who are serving time for crimes that involve marijuana. I support this stand he took and have my own thoughts about it. But first, I’d like to share why he took the stand, and why it’s important that he did.

Maybe free some people in jail for weed here too? pic.twitter.com/AYo0ZC79lZ

The New York Times reported that the U.S. offered to trade a Russian arms dealer known as the Merchant of Death for Brittney Griner, an American basketball player who got caught with cannibis oil.

Griner got herself into a pretty bad situation and I’m sure she and her family would love for her to be home safe and sound. It’s a bad situation where the U.S. wants to free an actual bad person to save a citizen who made a mistake.

Elon Musk is right and here’s why

Marijuana is becoming legal in many states. Personally, I support the changing of this law. If we can have alcohol and cigarettes, why not an herb that is known to be beneficial? Although this makes sense, it is not the case–yet.

What’s worse is that despite legalization in some states, there are still people serving time in prison for possession.

Too many Americans are being arrested over weed.

In 2018, Forbes reported that the FBI released data that showed an average of one marijuana bust almost every 48 hours. According to the American Civil Liberties Union (ACLU), 52% of all drug arrests in 2010 were for marijuana.

The ACLU also published a research report in 2020 that focused on the racially targeted arrests of Americans over marijuana. The report examined marijuana arrests between 2010 and 2019 while analyzing racial disparities at the national, state, and local levels.

One Man Is serving a life sentence over marijuana.

In Mississippi, Allen Russell was sentenced to life in prison for possessing marijuana. In June 2022, KPLC News reported that the Mississippi Supreme Court ruled that Russell’s life sentence was not a violation of his Eighth Amendment right.

His crime was being in possession of 43.71 grams of marijuana which normally carried an up to three-year sentence.

We live in an age where marijuana is becoming legal in many states. Life in prison over an herb is, in my opinion, cruel. It’s slavery.

2 Life Sentences and 20 years for Marijuana

Russell isn’t alone. John Knock is serving two life sentences plus 20 years. For marijuana. This was his first offense.

And up until two years ago, John was housed in a high-security institution due to the length of his sentence.

John has served 23 years at the time this article was written.

Life in prison for selling $20 in marijuana

Here in Lousiana, Kevin Allen was sentenced to life without parole for selling $20 in marijuana to a childhood friend. He’s currently serving his time at the Louisiana State Penitentiary at Angola.

He works in the prison kitchen making juice for a few pennies a day.

“All I did was get set up from some drugs. I still feel to this day that I’m not supposed to be here.”

Elon Musk took a stand and I support him.

The U.S. can give Russia an actual war criminal to free an Amerian busted for cannibis oil, but won’t do anything for Americans serving long sentences for a similar crime.

This is why Elon Musk taking a stand is so important. People like Kevin Allen, John Knock, and Allen Russel shouldn’t be imprisoned for life over their mistakes.

Especially if those mistakes are now being legalized across the country.

With one meme and a thought, Elon Musk took a stand for Americans serving time for crimes related to marijuana.

Elon Musk suggests Americans in jail for weed should be freed