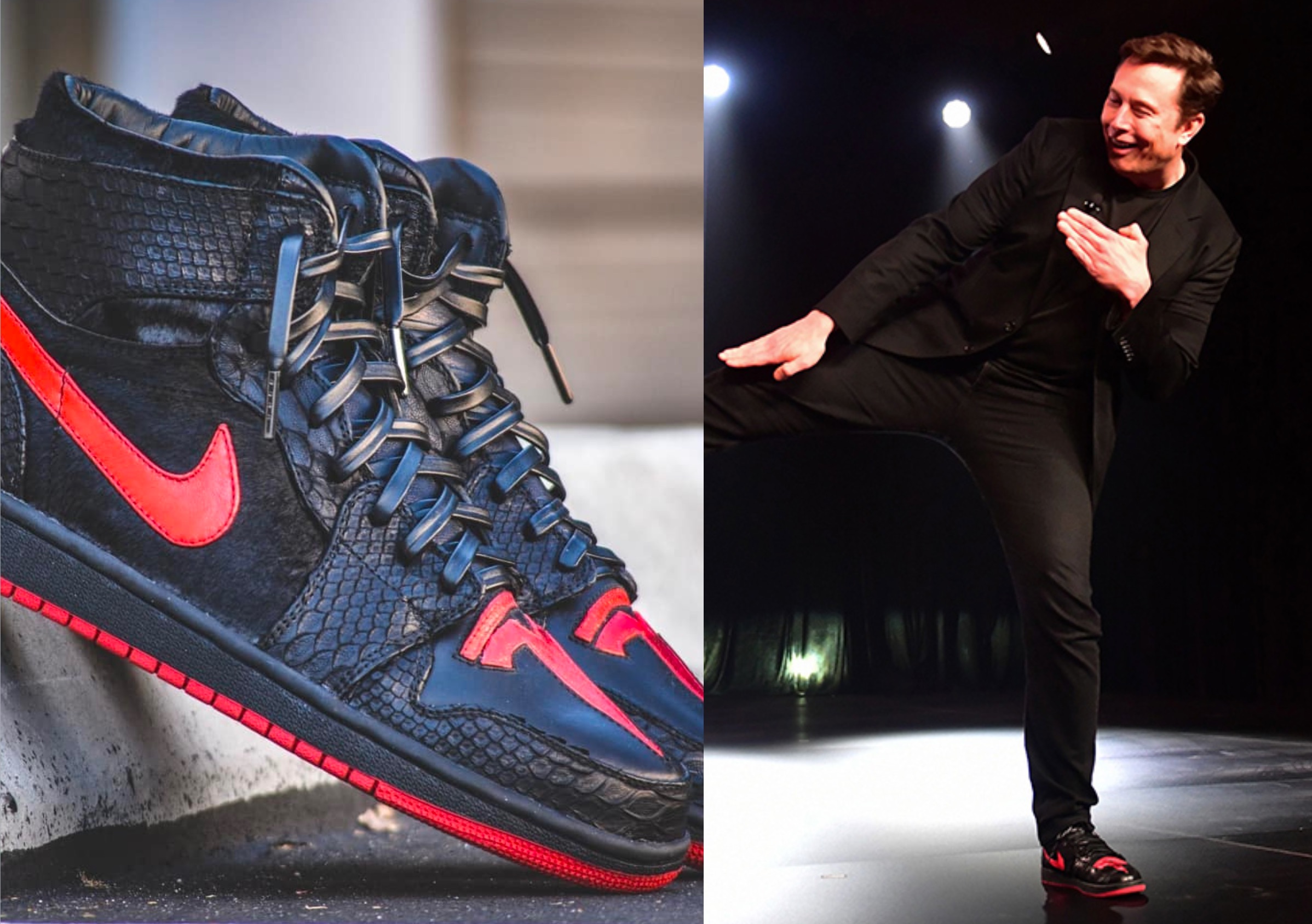 In an interview with E for Electric host Alex Guberman, Marco Acosta tells a story of how his now-famous footwear took center stage alongside Tesla’s new Model Y compact SUV.

Acosta, who co-founded Los Angeles-based DM Customs, received an order from a very close friend of Elon Musk’s who wanted to provide a very special birthday gift to the serial tech entrepreneur. Using a pair of Nike Jordan 1s that served as his canvas, Acosta quickly went to work. “I designed the shoe. I told them about the materials. I told them about putting the [Tesla] logo on the toe box,” recounts Acosta. “We made the shoe. We gave it to him, but we never expected what happened.”

What happened, of course, was global attention on Musk’s “Tesla shoes” that arguably stole the show.

“When we first made the shoes, they told us that there was a chance that he was probably never gonna wear them in public because that’s just how he is…The fact that he did, that was just amazing for us,” Acosta beamed.

Following the major influx of attention and interest the shoes garnered, DM Customs decided to make six more pairs of Musk’s famous footwear. Sneaker collectors and Tesla fans can own a piece of history by purchasing their own “Tesla shoe” for $1,500. It’s the same price that Musk’s friend paid, according to Acosta.

That amount might seem a touch steep for a pair of sneakers, but in the interview Acosta stressed the high quality of the materials used for the customization.

“Keep in mind that the shoe is fully reconstructed using premium quality materials such as…premium python and hair on hide leather,” Acosta detailed in the interview. Aside from Musk-worthy footwear, DM Customs specializes in repurposing all sorts of high-end luxury items into custom shoe designs.

Watch the full interview by E for Electric‘sAlex Guberman in the video below: