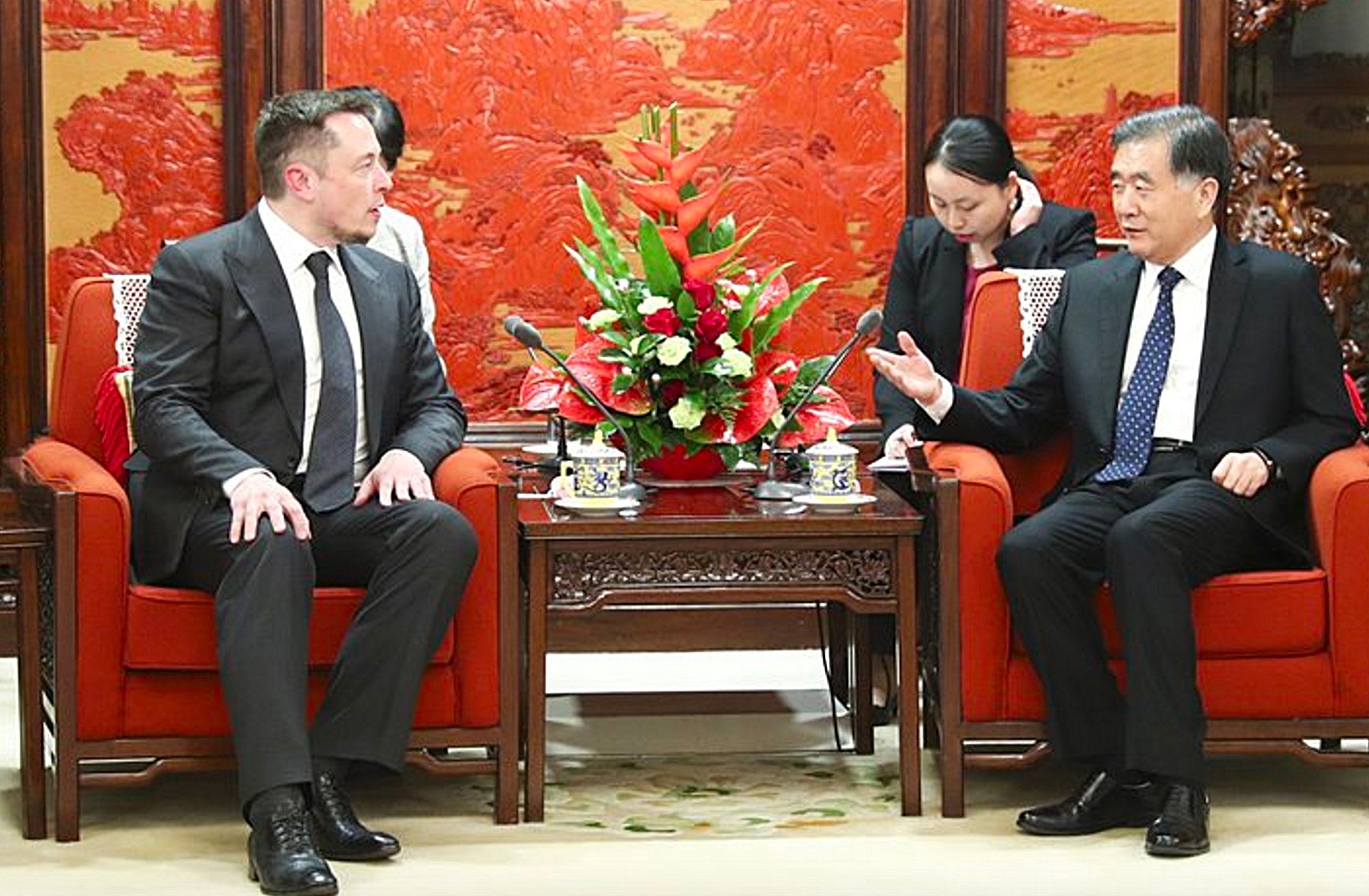 Why is Elon Musk’s surprise trip this week to China so important?

The Chinese official news agency Xinhua posted a photograph on Tuesday night of Tesla CEO Elon Musk in formal conversation with Chinese Vice Premier Wang Yang. The previously unannounced meeting, which took place in Beijing, is an important milestone for Tesla, as it signals a turn in the economic relationship of the all-electric car company and the biggest automotive market in the world.

Vice Premier Wang is one of China’s foremost economic decision-makers. He has not ever previously met alone with an automotive CEO like Musk, generally preferring group dynamics, according Li Anding, Xinhua’s former automotive reporter and current China industry analyst, as reported by Forbes.

The Musk-Wang consultation could be groundbreaking in several ways.

The meeting between Musk and Wang took place concurrent with the Shanghai Auto Show, where many automakers chose to unveil their newest electric cars. By early 2018, automakers in China are required to offer at least 8 percent electric vehicles out of their total manufactured vehicles. The beginning of Q1 in China saw vehicle imports rise 376% as compared to the same period in 2016, according to JL Warren Capital.

Chinese consumers bought 24 million passenger cars last year. With 1 million electric vehicles in 2016, China experienced an 87 percent increase over the previous year. Tesla has revealed that its 2016 China sales tripled to $1 billion+ at a time when its 2016 U.S. sales were around $4.2 billion.

China is a formidable market for Tesla to tap. If Tesla could produce cars locally as part of a joint venture, which is required in China, the stiff 25% tariffs on Tesla’s imported cars could be alleviated and would reduce the cost of buying a Tesla in China. That would open up entirely new consumer audiences for Tesla there. Electric vehicles in China start at about $6,000 and have a cost range of up to $200,000— the luxurious Tesla.

Tesla has proven already to China that it is able to adopt its production to be be consistent with China’s 13th Five-Year Plan (2016-2020), in which energy goals include movement toward a larger percentage of electric vehicles (EVs) on China’s roads. Yet, many of that country’s new electric car companies are experiencing startup woes of long charging times and an overall poor driver experience, Li acknowledged.

If, as has been rumored, Tesla has been having discussions with several interested partners from various Chinese cities, the automaker might be close to making a deal. And, as Vice Premier Wang is a former leader of the Guangdong province, that region might be high on the Tesla sights for one of its first regional facilities.

Musk’s visit coincides with a voluntary recall this week in China of 6,634 Tesla Model S and Model X due to a potential defect in its electric parking brake. Tesla Auto Sales (Beijing) Co. contacted the General Administration of Quality Supervision, Inspection and Quarantine (AQSIQ) to apprise the state of the situation. Tesla has agreed to replace defective brake calipers at no cost.

Why is Elon Musk’s surprise trip this week to China so important?