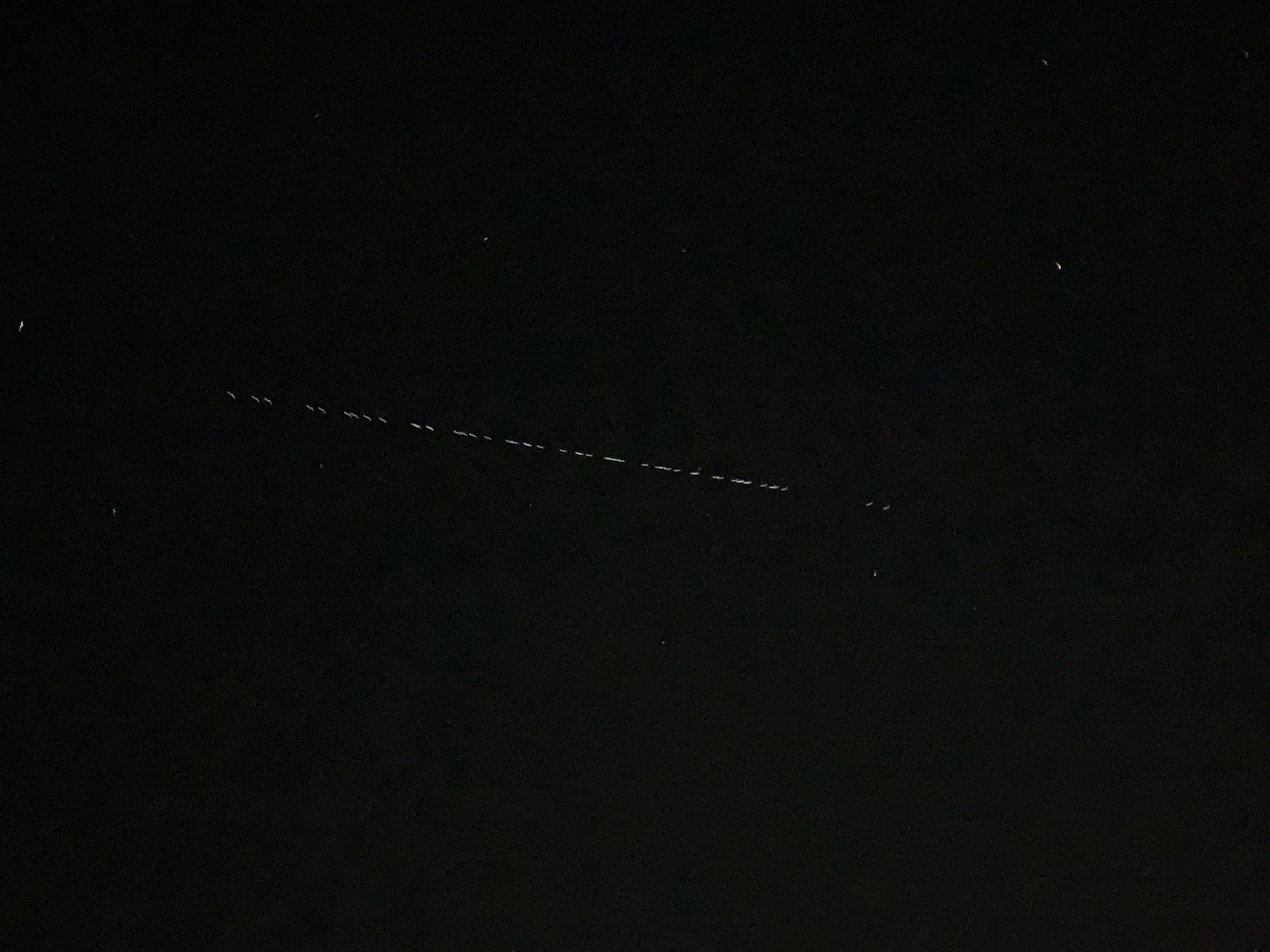 ET-like lights over Louisiana turned out to be Starlink satellites

Earlier risers in south Louisiana were greeted with a train of Starlink satellites from Starlink’s 4-20 mission this morning. Some thought the lights were extraterrestrial-like and reported them to their local news stations.

Starlink satellites over Louisiana this morning had residents concerned about ‘strange lights,’ according to KATC, noting that “those extraterrestrial like lights are Starlink.” Michael Cocke, a resident of Charenton, LA shared his video of Starlink with KATC.

Starlink was also visible here in Baton Rouge, however, instead of stargazing at five in the morning, I was stumbling around in my kitchen trying to make some coffee. My own local news station reported that not only was Starlink sighted over Baton Rouge, but we’ll get another chance to see them again tomorrow.

Here's a still pic he captured of the satellites. pic.twitter.com/jUmnwipZjD

The satellites seen by locals were recently launched just before Labor Day along with a Boeing demonstration satellite. The Falcon 9 lifted off from Cape Canaveral just after 10 pm Sunday night. This was SpaceX’s 40th Falcon 9 launch of this year and Starlink’s 4-20 mission, sending 51 Starlink V1.5 satellites into orbit.

Starlink, I feel, will be very beneficial to those of us here in Louisiana; especially the new collaboration SpaceX is doing with T-Mobile. I wrote about more on this topic here, but in a nutshell, if we were to get another hurricane like Ida which knocked out communications, and electricity and destroyed homes, we’d still be able to text a friend for help or to let them know we are okay.

ET-like lights over Louisiana turned out to be Starlink satellites