Stratolaunch, an aerospace company funded by Microsoft-made billionaire Paul Allen to build the world’s largest flightworthy aircraft, has announced a decision to build its own liquid-fueled rockets, to be air-launched from the aforementioned mega-plane.

Targeting an inaugural launch of the first version of the rocket – currently nicknamed “Kraken” – as early as 2022, Stratolaunch has chosen Jeff Thornburg, formerly SpaceX’s Vice President of Propulsion Engineering and the father of the company’s Mars-focused Raptor engine, to lead its foray into in-house rocket propulsion development and manufacturing.

Stratolaunch has confirmed what most people have long speculated: it’s developing its own launch vehicles for its air-launch system, including a reusable space plane that could eventually carry people. pic.twitter.com/nF9lKVe4xk

Stratolaunch’s first task at hand, however, is to begin flight-testing the largest (hopefully) operational aircraft in history, a prerequisite for the company’s longer-term orbital rocket and spaceplane aspirations. Nicknamed “Roc” after a mythical (and fictional) bird so large it could carry an elephant, the plane certainly lives up to its namesake. Featuring a full six of the same engines that power Boeing’s once-record-breaking 747 airliner and a wingspan that could easily fit three smaller 737 airliners with room to spare, it is genuinely difficult (if not impossible) to successfully convey the sheer scale of Roc outside of witnessing it in person.

Stationed in California’s Mojave Desert, the aircraft’s one and only copy is, for the most part, completed and has spent the brunt of 2018 conducting runway taxi tests, hopefully culminating in an inaugural flight test later this year or early next year. Designed to lift orbital-class rockets weighing as much as 250 metric tons (550,000 lb) to an altitude of at least 9100 meters (30,000 feet), the primary benefit of using aircraft as launch platforms derives from the simple fact that the atmospheric density at 30,000 feet is more than three times less than that at sea level. Similar to aircraft, rocket performance dramatically improves as atmospheric density decreases: less atmosphere means lower drag and pressure.

Rockets that launch from sea-level have to grapple with the difficulties of Earth’s relatively thick atmosphere at that height, with major launch events like “Max-Q” being big concerns almost solely because the dense air exerts major forces on launch vehicles and demands extreme measures like throttling down booster engines (very inefficient) and optimizing structures for aerodynamic efficiency despite the fact that rockets spend very little time operating in a significant atmosphere.

A launch pad without a rocket (sort of)

However, the simple fact of the matter is that billionaire Paul Allen’s colossal aircraft essentially does not have a single air-launched rocket in the world that can properly take advantage of its capabilities. Originally sized and designed with an air-launched version of SpaceX’s Falcon 9 in mind, that relationship folded amicably after roughly a year (2012), at which point SpaceX realized it would need to almost completely redesign a unique variant of Falcon 9. Your author will readily admit that they have admired the insanity of such a massive plane while still severely doubting its practical utility.

Thankfully, it appears that Allen is adamantly opposed to the idea that Stratolaunch is some silly whim to build the world’s largest plane. Rather, he is exceptionally reserved and pragmatic when discussing the aerial launch platform, according to a recent and extensive interview by Wired Magazine’s Steven Levy.

“Allen isn’t one to show exuberance, and when he speaks about the plane he focuses on its future utility. ‘When you see that giant plane, it’s a little nutty,’ he says. ‘And you don’t build it unless you’re very serious, not only about wanting to see the plane fly but to see it fulfill its purpose. Which is getting vehicles in orbit.’ – Paul Allen, 2018 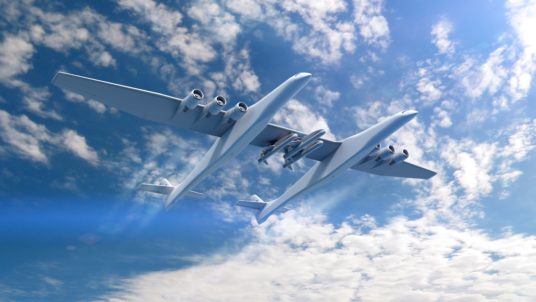 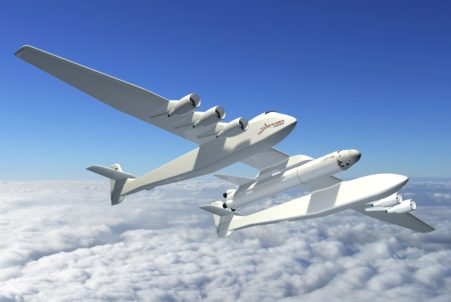 Back in 2012, SpaceX briefly entertained the idea of a Falcon 9 variant optimized for air-launch, potentially including crew rating the rocket down the road. (Stratolaunch/Dynetics)

The Roc is inconceivably vast. (Stratolaunch)

Currently, Orbital ATK’s (now Northrop Grumman Innovation Systems) air-launched Pegasus XL rocket is the only “customer” in the world that can realistically use Stratolaunch as a launch platform, not exactly an impressive or sustainable launch vehicle with a maximum performance of less than 450 kg (~1000 lbs) to low Earth orbit for an incredible ~$40 million per (expendable) flight.

To answer that call and ensure Stratolaunch’s utility, the company reportedly began seriously considering its own in-house expendable and reusable rockets and propulsion systems sometime in 2016, plans that have since grown concrete and been publicly embedded into Stratolaunch’s overarching mission. Nicknamed “Kraken” after the mythical sea monster, the company hopes to develop an initially expendable rocket system capable of launching 3400 – 6000 kg (~7500 – 13250 lbs) into low Earth orbit with single booster and triple booster variants. Further down the line, Stratolaunch is eyeing the design and production of a fully and rapidly reusable orbital spaceplane, potentially including a version that would carry astronauts into space. 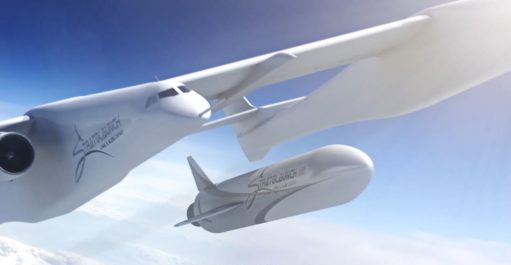 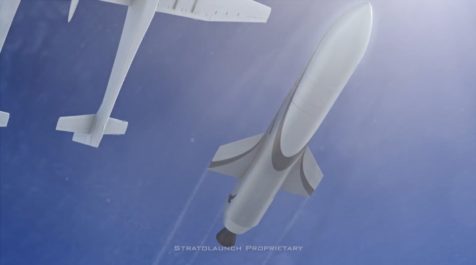 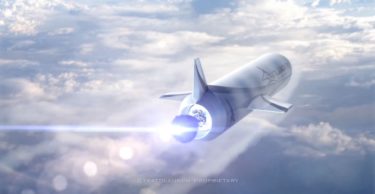 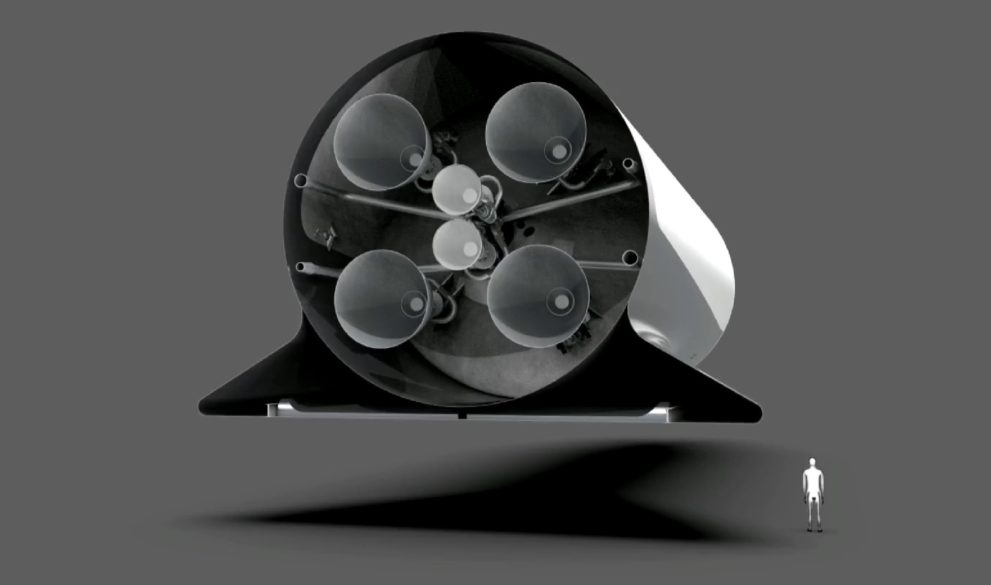 BFS (circa 2017) shows off its complement of SL and Vacuum Raptor engines. SpaceX is moving back to something similar to this. (SpaceX)

Normally, one might simply roll their eyes at yet another startup touting small(ish) expendable rockets with first launches no earlier than the early 2020s – the market is getting to be absurdly and impossibly overcrowded at this point. However, Stratolaunch differs for one fundamental and reason: they have placed ex-SpaceX propulsion executive and expert Jeff Thornburg at the helm of the company’s freshly public rocket propulsion wing. While at SpaceX, Mr. Thornburg spent all but one of his five years with the company (2011-2015) single-mindedly focused on the development and engineering of all aspects of the Raptor rocket engine, a next-generation propulsion system designed to enable SpaceX’s sustainable colonization of Mars.

Raptor is an exceptional rocket engine thanks in no small part to Thornburg’s brilliance as a propulsion engineer, and that same brilliance and half-decade of experience at the most successful rocket startup in existence could ultimately prove a massive boon for Stratolaunch’s otherwise interesting but unexceptional expendable rocket concepts.

Put simply, under Jeff Thornburg’s direction and with access to founder Paul Allen’s considerable wealth, Stratolaunch is undoubtedly worth keeping a close eye in the future, both far and near.