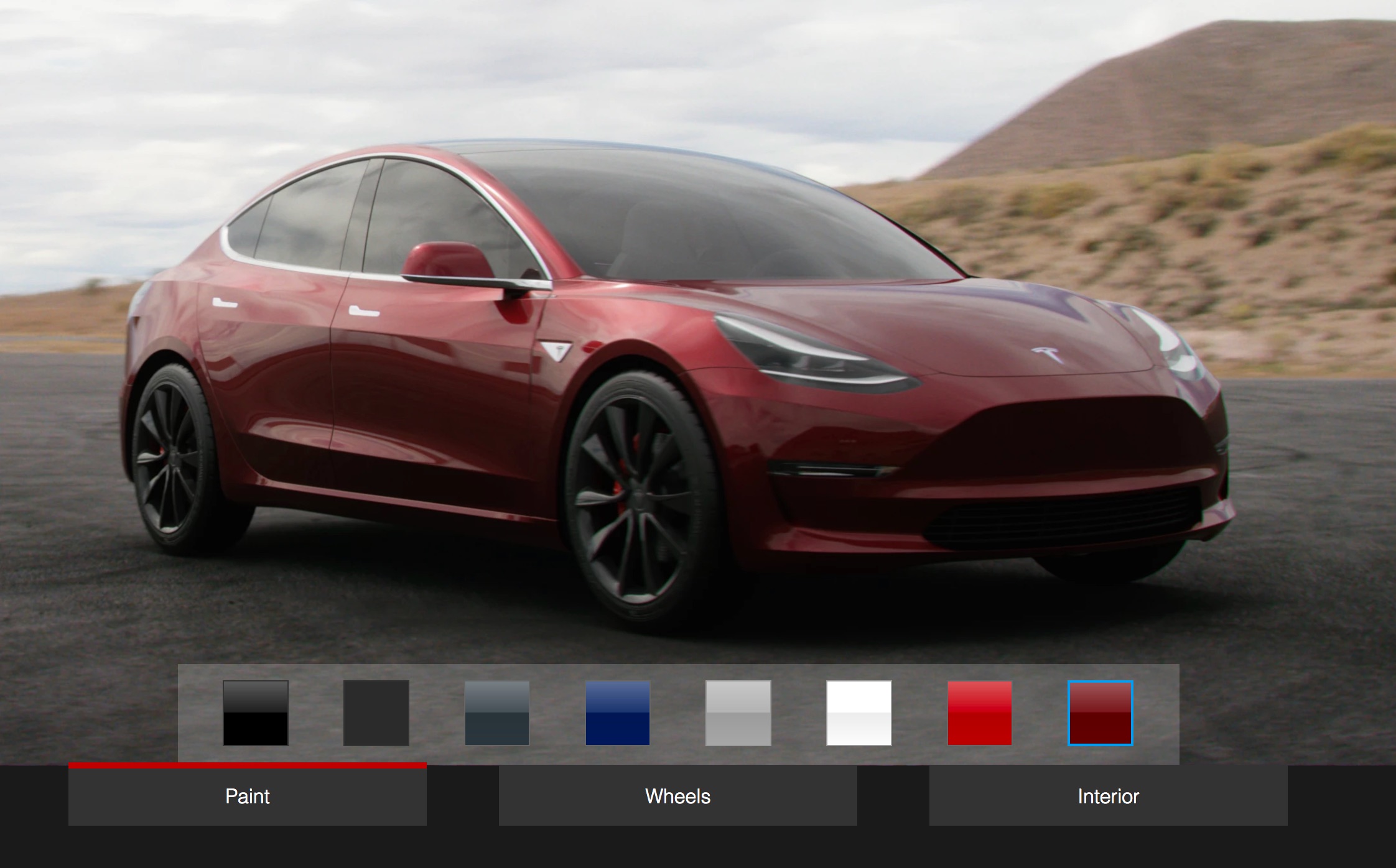 Fan-built Model3Config, a rendition of a Tesla Model 3 Design Studio that lets anxious reservations holders perform a mock configuration of the car, has recently updated its app to use the latest Model 3 spy shot photos. As far as we know, it’s the closest you can get to designing your future Model 3 before actually designing the car.

Tesla’s official Model 3 Design Studio is anticipated to go live sometime in July when the company is set to have its final Model 3 reveal event. The July date would reconcile with CEO Elon Musk’s note from the last Tesla earnings call when he indicated that a Model 3 design configurator was “probably three to four months away”.  Model 3 reservation holders will have to wait with bated breath until then before they finally see the official list of options and corresponding pricing for the highly anticipated all-electric sedan.

The Model 3 final unveiling event is expected to also be a delivery event for the first few vehicles that will likely be handed over to Tesla’s earliest customers. Tesla took this approach with the Model X unveiling event that took place in September of 2015. Model 3 will be the first car produced by Tesla that the majority of employees can afford, so giving employees the VIP treatment in what would otherwise be a long wait is a great way to reward them for their hard work. This method, also, allows the company to maintain a short feedback loop in the event of any issues related with early builds.

To further simplify the production process and manage risk, Tesla will only produce rear wheel drive units in the beginning. All Wheel Drive not be available “until next year.” This speaks to Tesla’s drive to simplify the manufacturing process as much as possible, with a special focus on the most challenging part of the ramp – the beginning.

Until then, check out Model3Config which has incorporated the most recent photos of the Model 3 release candidate captured testing outside of Tesla’s Headquarters. The Model 3 photos have been integrated into a Design Studio-like experience which allows users to select their choice of Model 3 interior trim, wheel and paint color.