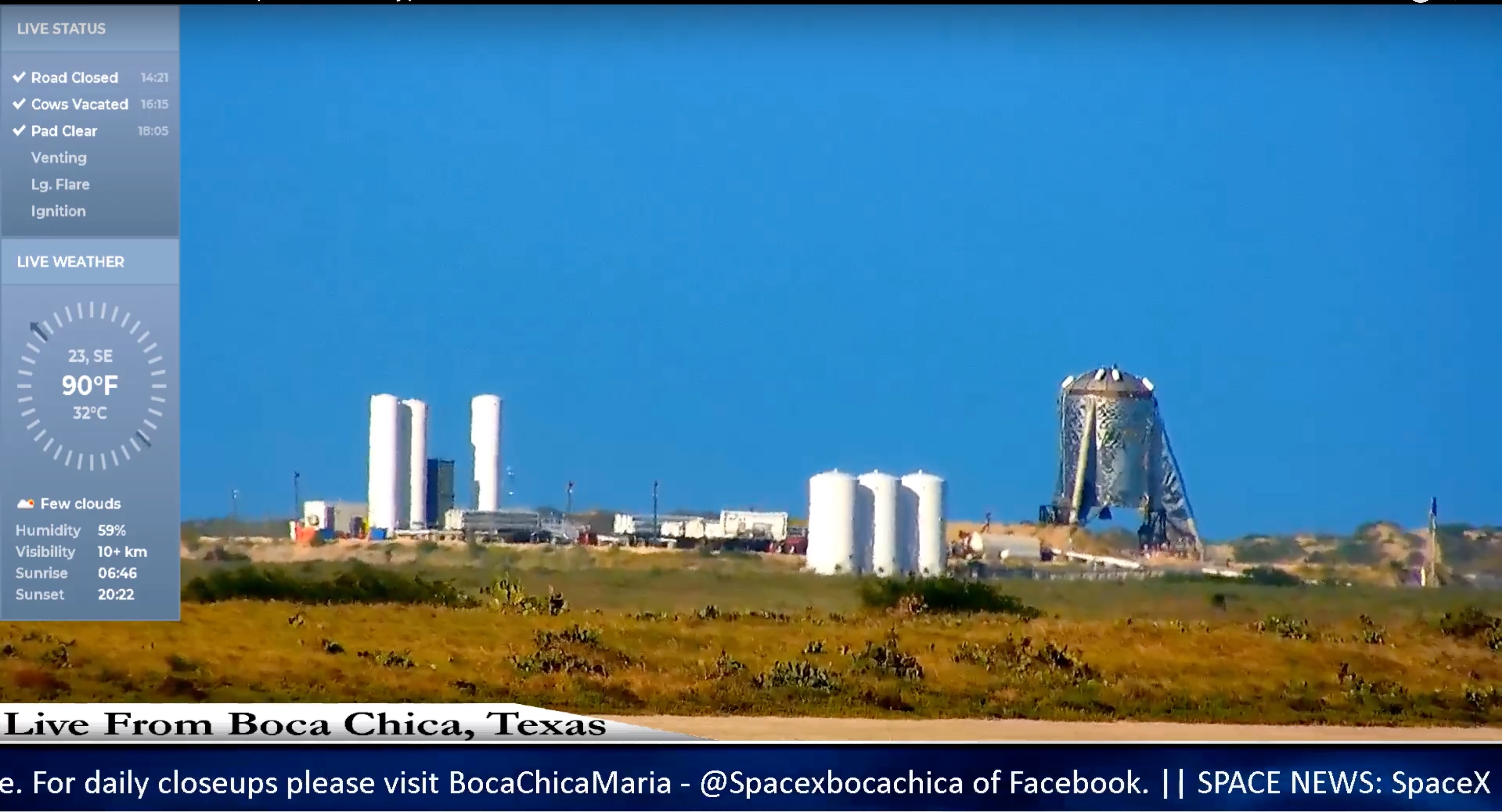 Starhopper has begun venting, a sign that propellant loading is proceeding apace. Nominally, this is a strong indicator that the SpaceX prototype is roughly an hour out from a planned Raptor static fire ignition test.

#Starhopper continues to vent like crazy as tanks fill up and systems chill down ahead of tonights static fire. @NASASpaceflight pic.twitter.com/QIS8h12dDv

Fire crews are on standby in Boca Chica, Texas, where SpaceX’s Starhopper is believed to be a few hours away from performing a full ignition and static fire test. If all goes well, July 15th’s Starhopper static fire will be a big step towards the low-fidelity Starship prototype’s first untethered flight, a hover test that could see the craft fly up to 20 meters (65 ft) off the ground, hold steady, and then return back to its pad for a (hopefully) soft landing.

Bumpty bump for the streaming options. No absolute certainty of a Static Fire tonight, but let's all have a fun evening of shouting webstream observations like "Flare Stack! Venting out the bottom. Venting out the top. Ooooh, massive flare stack!" 😂 https://t.co/IPDZFaYOSP

The data gathered from Starhopper – cobbled together out in the South Texas elements with thick stainless steel and parts snagged from SpaceX’s own Falcon 9 rockets – will be useful, given that it will technically be the first time SpaceX flies a rocket built out of steel, but the hover test will be even more significant as a milestone for Raptor itself.