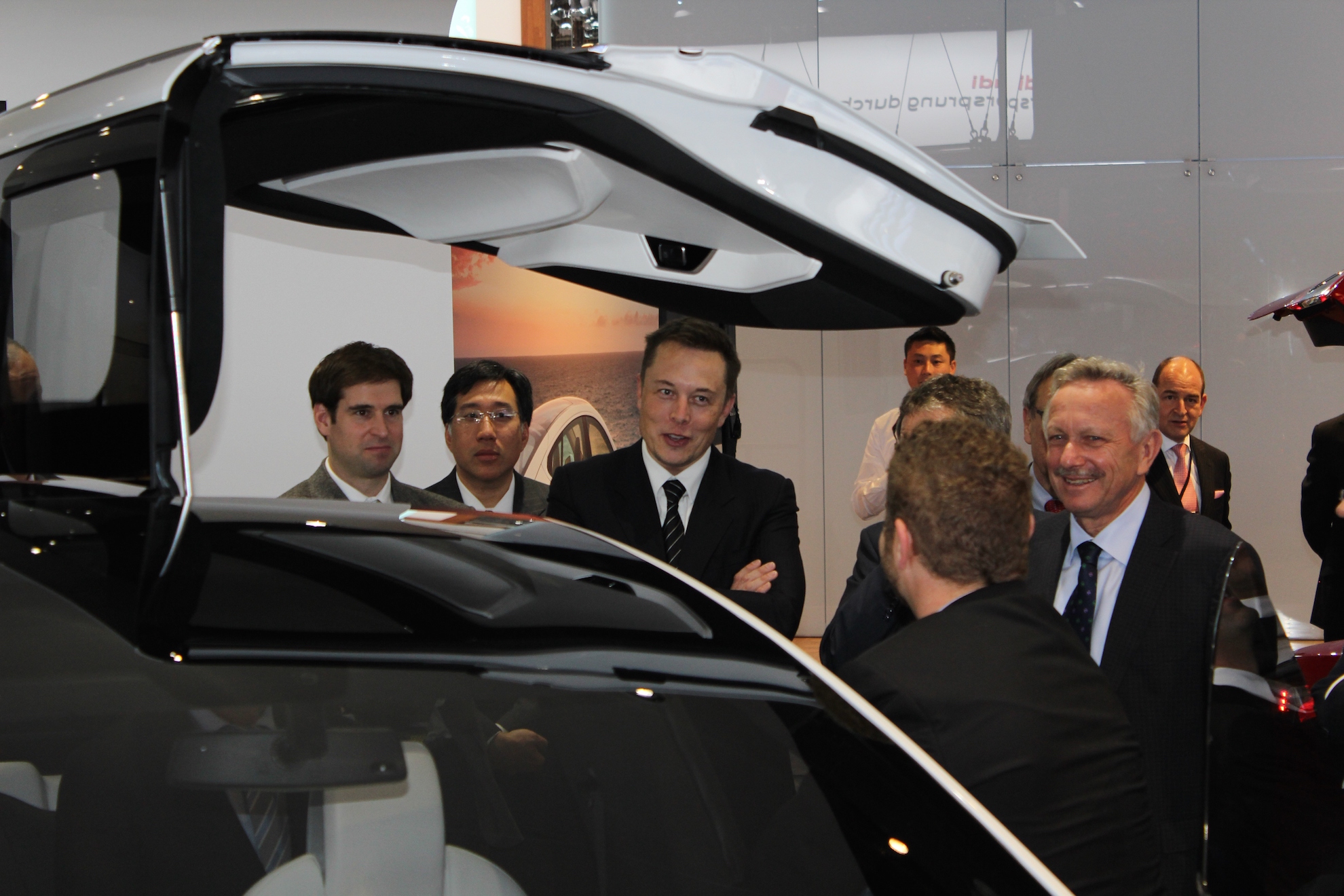 Those aren’t boos from the crowd, they’re saying Muuuuuusk where is my Model X vehicle. Sorry, I’m having some fun with the latest 2015 Model X delivery conjecture, but it looks pretty clear that a large-volume production ramp isn’t in the cards for Tesla in 2015.

How do I come to that conclusion? According to John Voelcker’s recent article at Green Car Reports, unidentified component suppliers say, “Tesla has not placed orders with at least three Tier One suppliers.” This is quite telling and more so after Musk’s comments from last week’s conference call.

Musk said:
“We do think that it’s going to be quite a challenging production ramp on the X.” Later in the answer… Musk said, “But that’s why we sort of do want to emphasize the longer term, long term, really just meaning like Q1 next year type of thing, not super long-term.” For investors, this could mean a slippery slope with Tesla’s share price moving slowly downward for the next three to four months before settling at $190-200, possibly back to December 2014 levels.

This scenario becomes more clear as I connect the dots from the earning’s call where Musk creates a hypothetical supplier bottleneck problem:

So there are still a lot of low volume parts for suppliers on the Model X. And – but with each week, we keep building more and more Xs off the line with greater and greater part maturity. And then, we expect to do our first delivery of production of Model Xs at the end of next month.

The pace of progress is really dependent on which supplier is the slowest and least lucky. So, if a supplier has unexpected challenges which can range from force majeure to simply having to redo a design because the initial design was wrong.

Voelcker also unearthed the 2nd quarter Form 10-Q that was provided late last Friday by Tesla and reported: “We are still testing the ability of many Model X suppliers to deliver high quality production parts in quantities sufficient to meet our planned production ramp.” (page 20)

So, a large Model X production ramp won’t happen anytime in the next two-to-three months. Voelcker estimates that the first 1,000 or so Model X vehicles will be hand built, similar to what was done in 2012 for the Model S sedan.

The narrative has been cleverly set for the Model X by Musk and the stock price will probably head south until large-scale production is confirmed in the next Q3 conference call. Musk may need a Tesla Energy revenue narrative for the next conference call. It’s never boring with Musk and Tesla Motors.