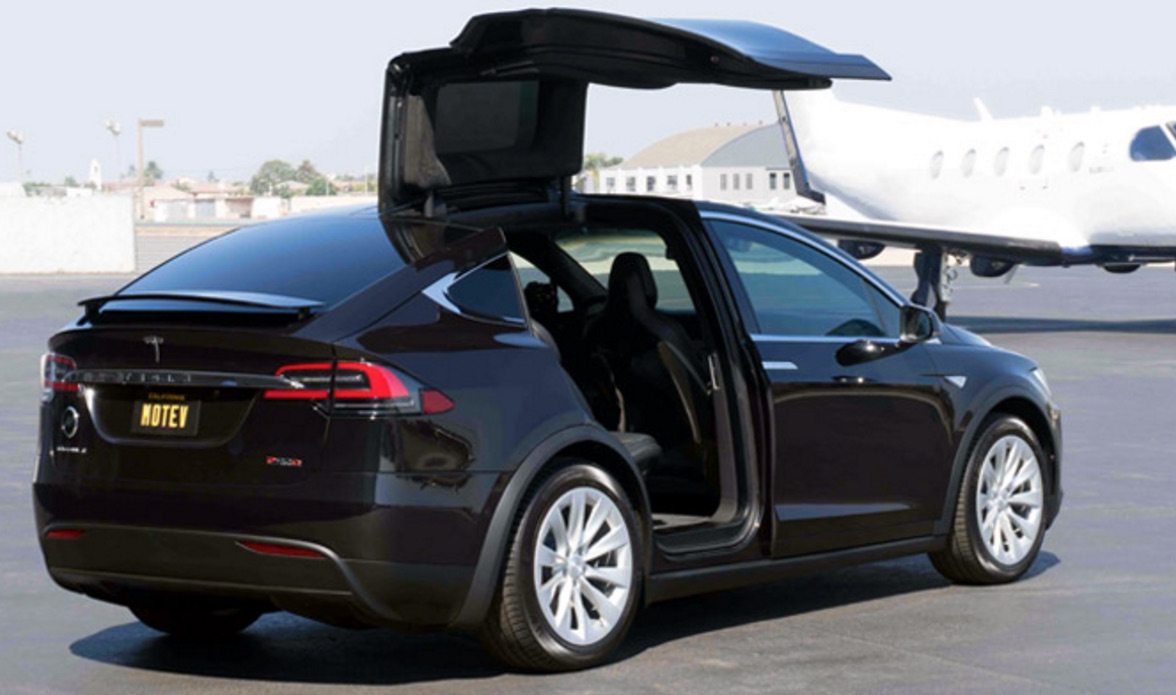 A new boutique black car service using a fleet of four top-of-the-line Model S and seven Model X Tesla vehicles, all equipped with the Ludicrous upgrade, has arrived in Los Angeles. MOTEV will be offering high-profile clientele a premium car service experience which the company claims will be unmatched by other car services. And there’s good reason to believe that.

MOTEV, co-founded by Robert Gaskill, who once served as A-lister Morgan Freeman’s production driver, has plans to provide service outside of just the Hollywood elite circle. Though the fleet of Teslas will be in full force at the September 18 Primetime Emmys, their PR firm tells us that the company has plans to also expand to New York and beyond. In fact, one of their fleet vehicles is in New York, being used on the set of “Madam Secretary” to transport stars Tea Leoni & Tim Daly to and from set.

It wouldn’t come as a surprise that a degree of separation from Morgan Freeman is present. The hollywood actor is a Tesla owner and long time advocate of Elon Musk, having recently appeared on CNBC to discuss TSLA as being his stock pick.

Unlike other Tesla-based car services – Southern California’s popular Tesloop service comes to mind – Chauffeurs at MOTEV must sign nondisclosure agreements, given the company’s high profile clientele. Drivers will also be provided with 100% paid benefits and undergo rigorous background checks. Their PR firm tells us that, beyond being rooted in sustainability, MOTEV also strives for gender equality and will aim to have at least 50% of its staff as women. Drivers will also travel in style garnishing custom black suits designed by Robeaux Switzerland.

We’ve provide a video of Morgan Freeman speaking with CNBC about his support of Tesla.

Updated September 15, 2016 at 3:08pm – we were told by MOTEV’s PR firm that Robert Gaskill was Morgan Freeman’s production driver and not a personal Chauffeur. The original text was updated to reflect this.