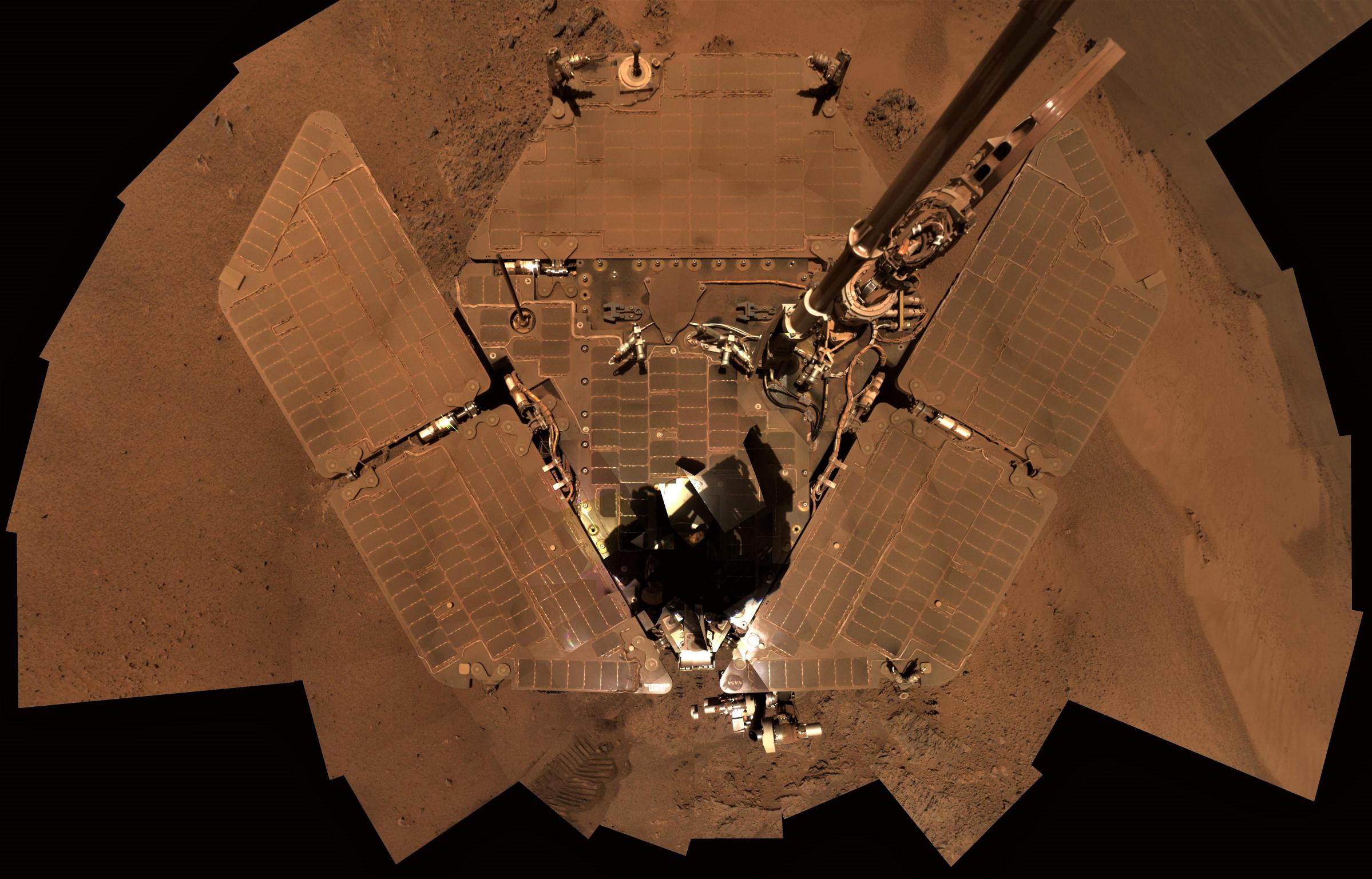 In a decision with no obvious empirical explanation, JPL’s Opportunity Mars rover project manager John Callas was quoted in an August 30th press release saying that the NASA field center would be “forced to conclude” that the dust storm-stricken rover was effectively beyond saving if it fails to come back to life 45 days after 2018’s massive dust storm can be said to have officially ended.

Below the upbeat-sounding title of this press release is the scarier fact that after tau clears below 1.5, the rover has 45 days to wake up before NASA stops actively trying to revive it. Come on, #WakeUpOppy https://t.co/piCQLeaCEO

Over the course of that press release, Callas made a number of points that may technically hold at least a few grains of truth, but entirely fail to add up to any satisfactory explanation for the choices described therein. This is underscored in one critical and extended quote:

“If we do not hear back [from Opportunity] after 45 days, the team will be forced to conclude that the Sun-blocking dust and the Martian cold have conspired to cause some type of fault from which the rover will more than likely not recover. At that point, our active phase of reaching out to Opportunity will be at an end. However, in the unlikely chance that there is a large amount of dust sitting on the solar arrays that is blocking the Sun’s energy, we will continue passive listening efforts for several months.” – John Calwell, JPL

Because it's a FAQ … "active listening" has two parts: (1) forcing Opportunity's radio, if she's listening, to a particular frequency (because it can drift), and (2) a command to talk to us. Pretty much guaranteed to work if she's awake with her radio on. https://t.co/iaHbHXFKqm

The JPL press release offers exactly zero explanation for the “45-day” deadline, starting the moment that dust clears from Martian skies near Opportunity to a certain degree, likely to happen within the next few weeks. Nor does it explain why “active” recovery attempts would stop at that point, despite the fact that the PR happens to directly acknowledge the fact that the best time to attempt to actively restore contact Opportunity might be after Mars’ windy season is given a chance to blow accumulated dust off of the rover’s solar arrays.

In fact, while all points Callas/the press release makes may theoretically be valid, the experiences of the actual engineers that have been operating Opportunity and MER sister rover Spirit for nearly two decades suggest that his explanations are utterly shallow and fail even the most cursory comparison with real data.

Thanks largely to a number of comments collected by The Atlantic from past, present, and anonymous employees involved with Opportunity, it would seem that there is no truly empirical way to properly estimate the amount of dust that may or may not be on the rover’s solar arrays, no rational engineering-side explanation for the 45-day ultimatum, no clear excuse for how incredibly short that time-frame is, and essentially zero communication between whoever this decision originates from and the engineers tasked with operating and restoring communications with the forlorn, 15-year old rover.

Most tellingly, this exact impromptu dust-storm-triggered hibernation already occurred several times in the past, and even resulted in the demise of Opportunity’s sister rover Spirit in 2010. The Atlantic notes that when a dust storm forced that rover into hibernation in 2010, JPL mission engineers spent a full ten months actively attempting to resuscitate Spirit, followed by another five months of passive listening before the rescue effort was called off.

Given that Opportunity’s engineers appear to believe that there is every reason to expect that the rover can, has, and should survive 2018’s exceptional Martian dust storm, the only plausible explanation for the arbitrary countdown and potentially premature silencing of one of just two active rovers on Mars is purely political and financial. While it requires VERY little money to operate scientific spacecraft when compared with manufacturing and launch costs, the several millions of dollars needed to fund operations engineers and technicians (roughly $15 million per year for Opportunity) could technically be funneled elsewhere or the employees in question could be redirected to newer programs.

For example, the ~$200 million spent operating the rover from 2004 to 2018 could instead fund considerably less than 20% of the original cost of building and launching both Opportunity and Spirit. This is to say that that cutting operation of functioning spacecraft to save money can be quite fairly compared with throwing an iPhone in the trash because the charging cable ripped because $10 could instead be put towards buying a new phone months or years down the line.

Ultimately, all we can do is hope that Opportunity manages to successfully wake up over the course of the next two or three months. If the rover is unable to do so, chances are sadly high that it will be lost forever once active communications restoration efforts come to an end. With an extraordinarily productive 15 years of exploration nearly under its belt, Opportunity – originally designed with an expected lifespan of ~90 days – would leave behind a legacy that would fail to disappoint even the most ardent cynic. Still, if life may yet remain in the rover, every effort ought to be made to keep the intrepid craft alive.