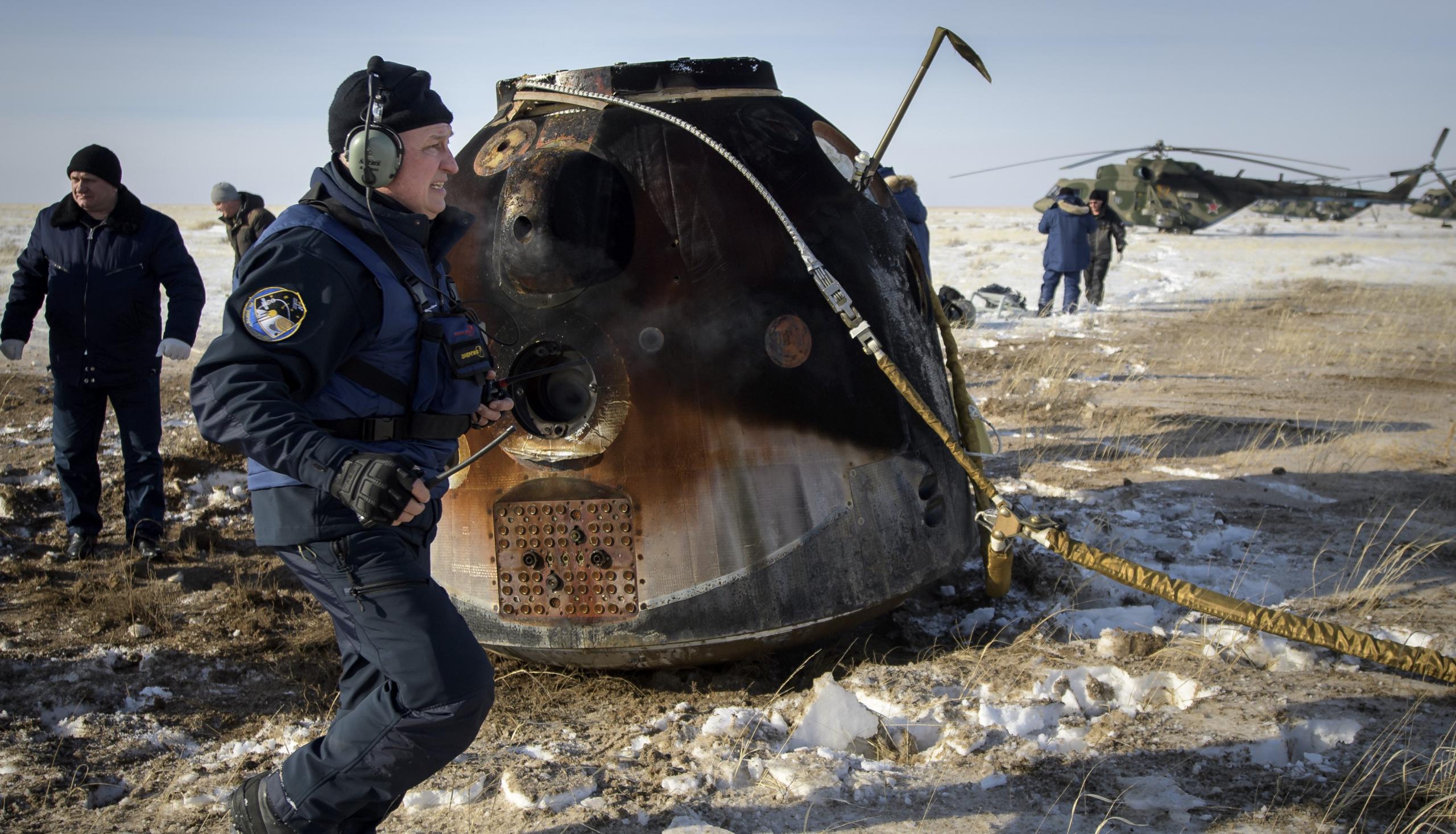 On March 5th, a Russian state news outlet “RIA Novosti” shared a video on Twitter that depicted Mark Vande Hei being left on the Internation Space Station, rather than departing on board the Russian Soyuz spacecraft as planned. The video was just the latest example of growing tension between Russia and the rest of the world as sanctions for the illegal invasion of Ukraine and some of the country’s own responses to those sanctions have rapidly severed many of its ties to the international space industry. So far, Russia has terminated commercial Soyuz launch operations at the European Space Agency’s launch site in Kourou, French Guiana, effectively stolen several rockets already purchased by satellite internet company OneWeb, and cut-off sales and support for Russian rocket engines used in two US rockets.

As a result, the future of the International Space Station (ISS) has never felt less certain. In recent days, these concerns have grown exponentially as many news outlets began to report on purported concerns that Vande Hei would be abandoned on the ISS.

Dmitry Rogozin, the director-general of the Russian federal space agency Roscosmos, has also been posting a number of increasingly chaotic tweets claiming that Western sanctions will “destroy their International Space Station partnership” and making threats about potential catastrophes that could unfold on the ISS without Russian contributions.

Despite these claims, NASA has reassured the public that “operations have not changed at all”.

Vande Hei is scheduled to depart from the ISS later this month aboard a Russian Soyuz spacecraft ​​with cosmonauts Anton Shkaplerov and Petr Dubrov, ultimately touching down in Kazakhstan. However, even if Russia were to decide to leave Van Hei aboard the space station, he would not be “stranded”. Three American astronauts – Raja Chari, Kayla Barron, and Thomas Marshburn remain aboard the ISS along with German ESA astronaut Matthias Maurer. Additionally, thanks entirely to SpaceX, NASA has its own domestic transportation to and from the ISS in the form of Crew Dragon. In theory, it’s possible that NASA’s current ISS crew could somehow modify Crew Dragon to return five – not four – astronauts to Earth, allowing Vande Hei to extract himself from a tense political conundrum.

However, that may not be possible in such a short time frame, as SpaceX would need to find a way to add a fifth seat to Dragon and figure out how to accommodate Vande Hei’s Russian spacesuit. That work could easily take weeks or months to safely complete, potentially forcing Mark to stay in space for at least another half a year to return to Earth with Crew-4 instead of Crew-3. Even then, Crew-4 is scheduled to launch just one month from now, so even that alternative may not be a viable.

Regardless, given the unprovoked, irrational, and increasingly brutal nature of Russia’s second invasion of Ukraine, Russia’s international spaceflight partnerships have never been more unstable. While unlikely, it’s possible that Rogozin or Putin himself could choose to end the ISS partnership altogether, though there is a great deal of ambiguity as to whether either ISS ‘segment’ could survive on its own. Thankfully, NASA has partial alternatives to some of the services the Russian ISS segment has provided. Northrup Grumman’s Cygnus spacecraft intends to perform the first Western ISS reboost maneuver later this year. Russia has been almost exclusively responsible for ISS reboosting and maneuvering over the two-decade life of the station.

Meanwhile, in spite of the circumstances, Vande Hei is still on track to break the American record for the longest continuous stay in space, beating out NASA astronaut Scott Kelly’s 340-day streak by about two weeks. NASA associate space operations administrator Kathy Lueders stated in a press conference that NASA “[is] getting ready for Mark to return, and all of the normal operations are in place for that for us to be able to do that”.

Once on the ground in Kazakhstan, Vande Hei will be met by a team of NASA personnel tasked with bringing the astronaut back to Houston, Texas. He will then start the recovery process after living in microgravity for almost a full year.