Porsche appears to be set on covering the bases when it releases its first all-electric car — the Taycan — later this year. Apart from frequent track tests on the Nurburgring, Porsche also seems to be ensuring that the Taycan performs well in cold weather. This was recently highlighted by images recently captured of the upcoming EV’s test mules as they were being driven on the icy, snowy roads of Norway.

The Taycan’s recent images were shared on the r/Cars subreddit by auto enthusiast u/NexpFPV.  Several images were captured of the vehicle out in the cold. It was spotted being test driven on the snow and at a charging station. In one picture, two Taycan prototypes appeared to be stopped on the road, and one of the vehicles had its hood open. Just like other sightings of the cars, the test mules in the recent Norway sighting were fitted with faux exhaust pipes. 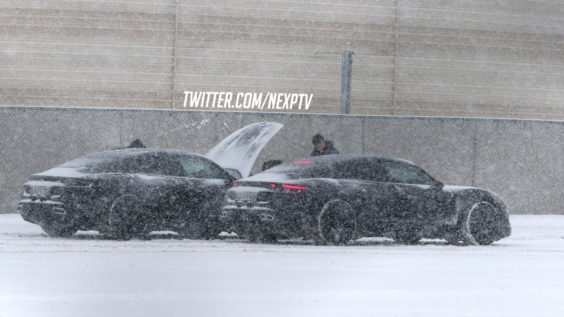 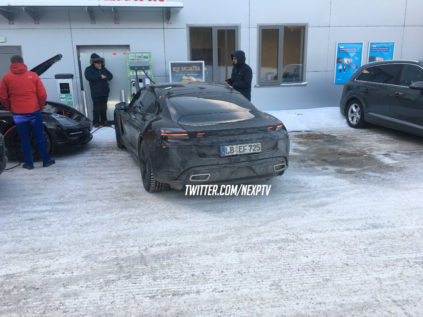 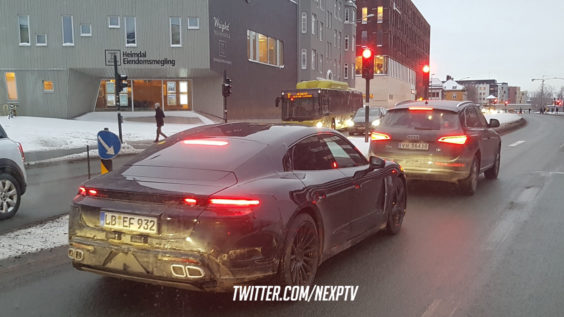 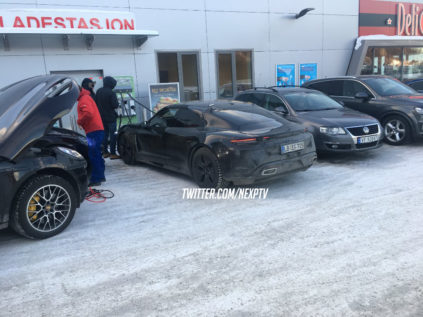 Despite the cars being test mules, it is evident that the units spotted in the recent sightings appeared to be more refined versions of the rough prototypes frequently spotted on the Nurburgring in the past. If any, the Taycan test mules still invoke a classic Porsche stance — wide, aggressive, and giving the impression that it would stick on the road despite some spirited driving.

Amidst these tests, Porsche is currently in full throttle with its preparations for the Taycan. In the company’s historic Zuffenhausen site alone, the veteran carmaker has announced that it is investing  €700 million (over $797 million) to prepare for the Taycan’s ramp. Included in these improvements is a conveyor system that transports drive system components, a new assembly and logistics hall, a new paint shop, and a dedicated body shop.

The German carmaker initially announced that it would be building 20,000 units of the all-electric car per year. Though, Porsche noted that the reception to the vehicle has been overwhelmingly positive.  As the demand for the electric sedan became evident, Porsche eventually adjusted its estimates. According to German news media outlet WirtschaftsWoche, the carmaker is now looking at producing 40,000 units of the Taycan per year — twice its initial estimate.

In a press release, Porsche stated that the Taycan would have coast-to-coast travel capabilities in the United States, thanks to a partnership with Electrify America. Dealers across the US would also be installing fast chargers on their outlets. The company would be releasing home charging equipment as well, to allow owners to charge their vehicles at home.