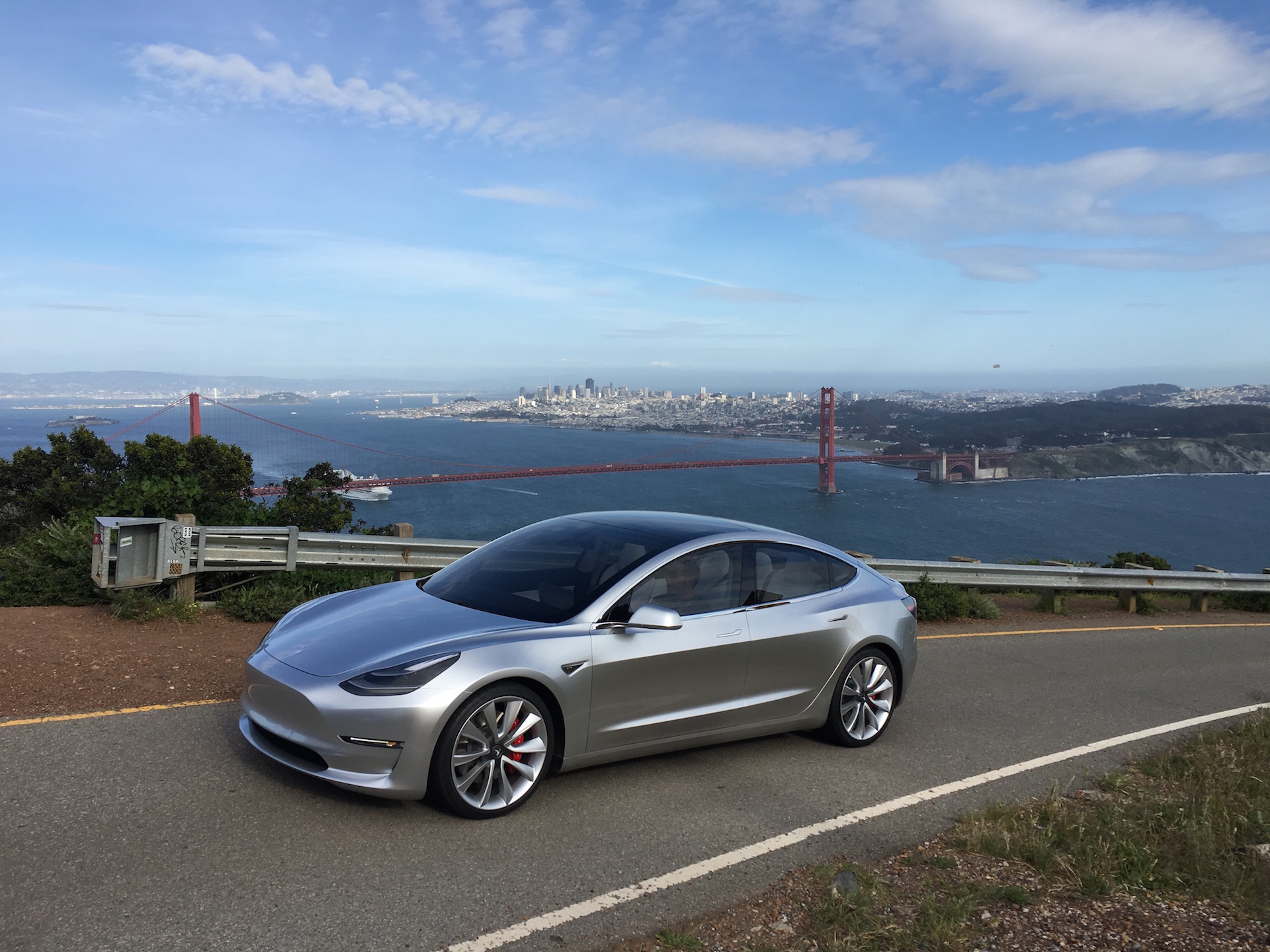 During Tesla’s Q1 2016 earnings call, Tesla CEO Elon Musk revealed that the company is in the final stages of Model 3 design and expects to reach engineering completion by end of June. Musk also dropped a previously unheard tidbit that Model 3 prototypes used during test rides at the March reveal event were equipped with production drivetrains.

Tesla has announced that it expects to begin volume production of its $35,000 Model 3 towards the end of 2017. Having also announced a new lofty goal of producing 500,000 vehicles per year in 2018, two years ahead of its original 2020 date – now set to 1 million vehicles per year – the company has turned its efforts to design and engineering simplicity.

Musk says during the Q1 earnings call, “from an engineering standpoint, we are already almost complete with the design of Model 3. […] So I think we feel pretty good about engineering completion of the last items probably within six to eight weeks, thereabouts. And so we’re sort of completing the final release for tooling no later than the end of June.” With already 400,000 Model 3 reservations in the queue, likely to hit a half million before volume production begins at the end of the year, Tesla’s main goal is to build a compelling vehicle yet engineer it in a way that maximizes production efficiency while minimizing risk.

This includes a more stringent supplier vetting process – Tesla has given Model 3 suppliers a July 1, 2017 deadline – and increased vertical integration in its production process.

Musk has also indicated during the earning’s call that the company will take production of parts in-house where needed, as it did with the Model X falcon wing doors when a supplier failed to deliver on schedule. “I think it’s very important for us to have the ability to produce almost any part on the car at will because it alleviates risk with suppliers going back to like where if 2% of supplies is not ready we can’t make the car. Having the ability internally to adapt and make that 2% of parts internally it really massively reduces risks associated with the production ramp. That, I think, is a very important thing.”, says Musk. Tesla CTO JB Straubel pointed out during the call, “the design of the vehicle [Model 3] lends itself to high-volume production very efficiently.” giving further speculation that the simplified design may in fact be complete by the end of June.

Model 3 unknowns thus far include the much-discussed final trunk design; will it be a Model 3 hatchback? What will the final door handles look like? And of course, what will be the final design for the horizontally mounted center touchscreen display?

We’ll soon find out presumably when Musk takes to Twitter and reveals Part 2 of the Model 3 unveil.