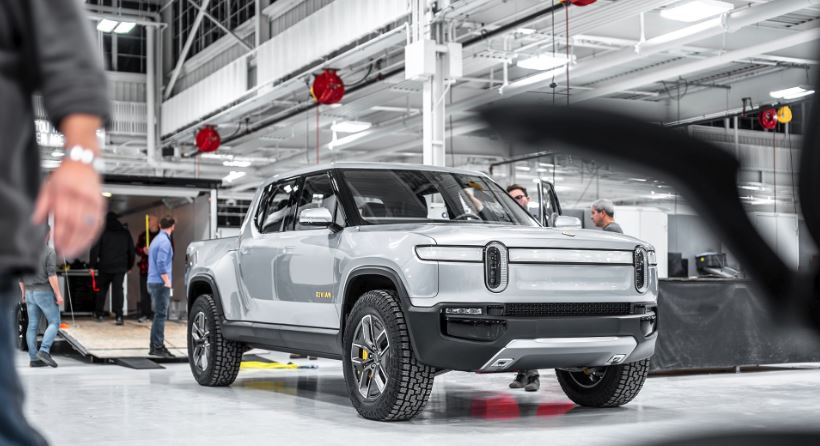 Rivian Automotive’s initial public offering (NASDAQ: RIVN) has officially opened 37% higher than its initial pricing at $78 per share. Rivian shares started public trading at around 1 PM ET on Wednesday, with shares opening at $106.75.

Rivian priced 153,000,000 shares at $78, giving the automaker a massive valuation of $66.5 billion just a month after it started initial deliveries of the R1T pickup. However, the IPO price popped 60% to levels of around $120 per share earlier this morning, before settling into its $106.75 price, giving Rivian a valuation of $93.3 billion.

Rivian is now the fifth most valuable automaker globally, with Tesla, Toyota, Volkswagen, and BYD being the only car companies with a higher valuation than the Normal, Illinois-based company headed by CEO RJ Scaringe. By comparison, Tesla has a $1.063 trillion market cap, while Lucid has a valuation of $67.68 billion.

“It’s an exciting day,” Scaringe told Ed Ludlow of Bloomberg during an interview this morning. “For us, this is the result of lots and lots and lots of effort from a variety of different folks across the whole business. We spent years and years putting this together, and really what’s so exciting is seeing such a diverse group of people with diverse backgrounds and interests really coming together to create these products.”

Rivian has sizeable financial backing from e-commerce giant Amazon, which owns 20% of the automaker. Amazon disclosed its 20% ownership position in Rivian in a 10-Q filing earlier this month. Rivian is currently producing and delivering the first of 100,000 units of an all-electric delivery van. Rivian intends to deliver all 100,000 units by the end of 2030.