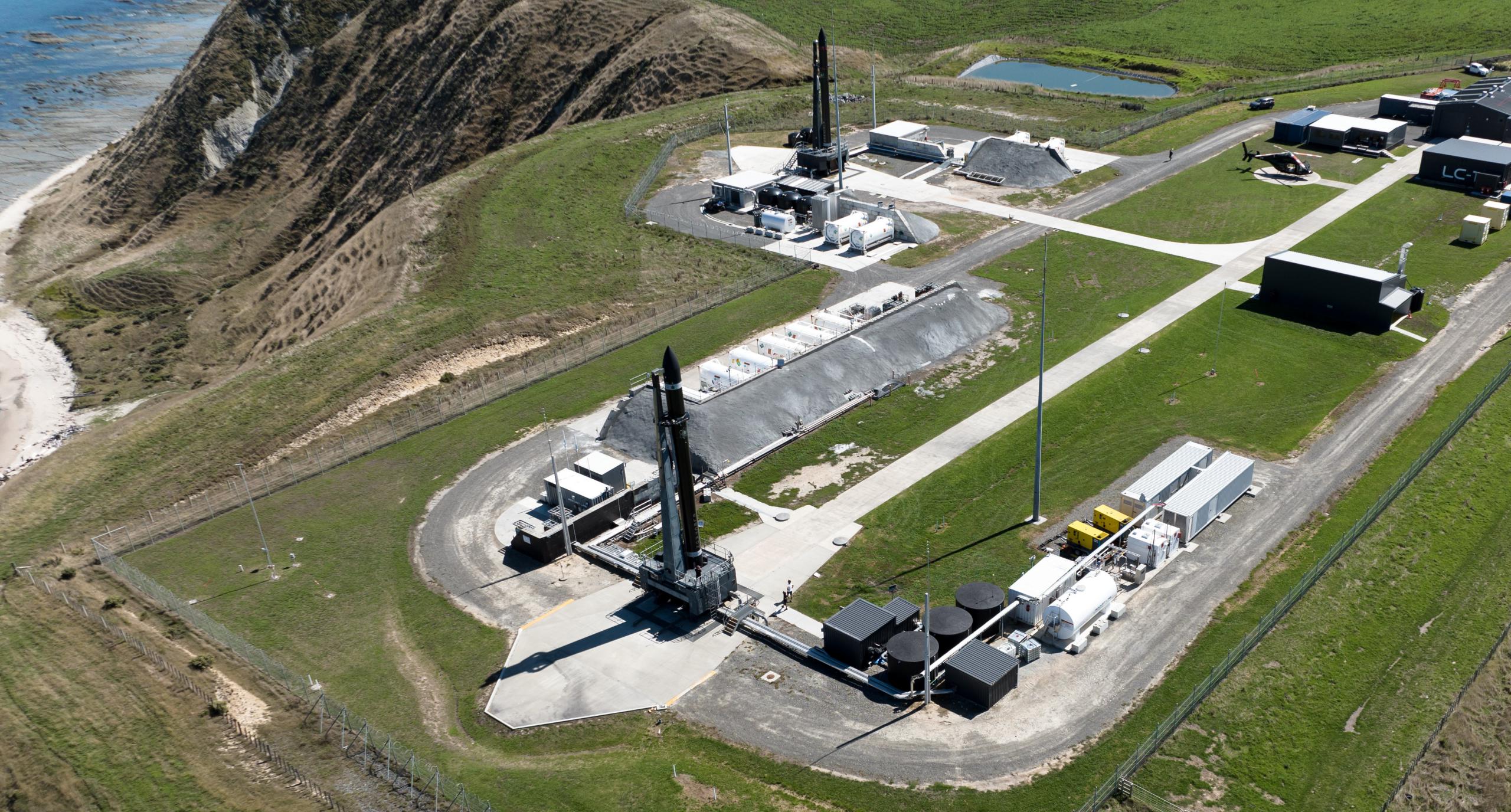 In a last-minute change, Pad B (LC-1B), whose completion was announced on February 23rd, is scheduled to host both its first mission and Rocket Lab’s first Electron launch of 2022 no earlier than (NET) February 28th. The new pad is now the second to be constructed at Launch Complex 1 (LC-1), an exceptionally remote site located at the tip of northern New Zealand’s Mahia Peninsula. Aside from being the world’s first fully private orbital launch site, LC-1B’s completion makes it the third launch site built by Rocket Lab, including a yet unused pad at NASA’s Wallops Flight Facility on the East coast of Virginia. All three locations are exclusively designed to support the company’s small Electron rocket.

With the addition of Pad B, Rocket Lab hopes to drastically increase its launch cadence. Rocket Lab founder and CEO Peter Beck says that the company’s “ ability to launch and our launch cadence is essentially doubled by having an additional pad” at LC-1. What once started as an empty green field on the peninsula of New Zealand has grown into two orbital launch pads, private range control facilities, three satellite cleanrooms, a launch vehicle assembly hangar that can process multiple Electrons for launch at once, and administrative offices.

With three launch pads, two in the southern hemisphere and one in the northern, Rocket Lab provides their customer with plenty of options. “A reliable launch vehicle is only one part of the puzzle to unlocking space access – operating multiple launch sites so we can launch when and where our customers need to is another crucial factor. We are proud to be delivering responsive space access for our customers, making back-to-back missions possible within hours or days, not weeks or months”, stated Beck. It should be noted that Rocket Lab has yet to launch from NASA’s Wallops Flight Facility in Virginia due to delays in a NASA-provided component required for US Electron operations.

The Electron Rocket has launched 23 times to date, 20 of which were successful. The launch vehicle stands about 59 feet (18m) tall and is designed to mainly carry small satellites into Low Earth Orbit (LEO). Electron’s next launch, scheduled NET 3:35 pm EST (20:35 UTC) on February 28th, will be its 24th. Nicknamed “The Owl’s Night Continues,” Electron will carry a ‘Strix’ Earth observation satellite for the Japanese company Synspective. Rocket Lab successfully launched its first Strix satellite in December 2020.

Originally, Rocket Lab’s 24th launch was scheduled to carry a batch of two more BlackSky Earth-imaging satellites into orbit as early as February 4th, 2022, but the customer requested additional time for unknown reasons. In response, Rocket Lab managed to not only finish a new launch pad but also assembled a new Electron rocket to launch a different customer’s payload from the same pad with only a few weeks of delays.

Vice President Shaun D’Mello stated that he is proud of his team’s ability to build and bring a second pad online while simultaneously servicing and operating Pad A. Aside from a few recent launch failures, the company has made good progress over the last few years and doesn’t seem to be slowing down any time soon. Aside from consistently launching private customer payloads into orbit, Rocket Lab – seemingly baring fruit from a spate of recent acquisitions – was also recently awarded a substantial $143 million contract to design and manufacture seven spacecraft buses for a new Globalstar constellation in LEO. In comparison, one Electron launch contract brings in about $7-10 million of revenue, meaning that the value of a single satellite manufacturing contract may be about the same as the revenue Rocket Lab has gained from all 23 Electron launches.

“Rocket Lab will lead the development of the spacecraft buses, while MDA will act as prime contractor to manufacture Globalstar’s satellites, lead the development of the payload, and perform the final satellite assembly, integration, and test. The partnership between Rocket Lab and MDA brings together two of the space industry’s most innovative satellite companies. The total initial contract value for Rocket Lab is US$143 million, with options to provide the satellite operations control center, launch dispensers, launch integration, and up to nine additional spacecraft with flexibility in timing to order such spacecraft. The satellites will integrate with and replenish Globalstar’s current constellation, ensuring service continuity. Globalstar expects to launch the satellites by the end of 2025.”

All 17 of the 500-kilogram (1100 lb) spacecraft will be designed and manufactured at Rocket Lab’s Long Beach production complex and headquarters, where a new high-volume spacecraft manufacturing line is being developed to support growing demand for Rocket Lab satellites.