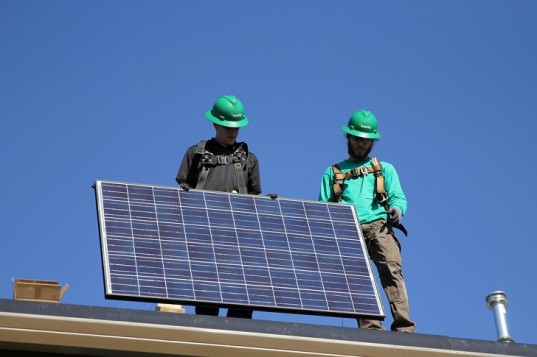 In Part 1 of my SolarCity Struggles series, I discovered that the initial design for my solar installation would need its first revision to account for the additional power needs from my 85kWh Tesla Model S. What happens next is something that can only be described as SolarCity Struggles. I don’t claim to understand all of the engineering that goes into planning a solar installation but as a homeowner I can tell you that three these things really matter:

Unfortunately, Solar City made mistakes in all three of these areas.

We were very clear when we first started the process that we didn’t want partial roof coverage of the panels – i.e. right half of a single roof surface. We wanted all or nothing. After all this was our house and we wanted it to be presentable (in our eyes). The Solar City folks made the mistake of designing it with partial roof coverage on multiple occasions and each time we readjusted the design, it would take about a month.

In the end, getting the correct solar panel layout came down to me having to provide specific direction despite having no experience in this area. The communications path between the sales people, whom happen to be your primary contact, and the mysterious engineering team back at headquarters is terrible.

Solar City’s design placed the inverters in front of doorways which made no sense whatsoever. When I pointed this out, even after they had already visited my property three separate times, each time taking a boatload of pictures, they didn’t seem concerned and brushed it off by saying the installer would put them in a better location. So much for engineering design. It’s not clear what the point of the design was if they don’t end up following it.

After multiple rounds of back and forth design sessions with Solar City, we thought we had finally overcome all of the challenges. It turns out that the hard part had yet to begin – our power company wasn’t involved yet …