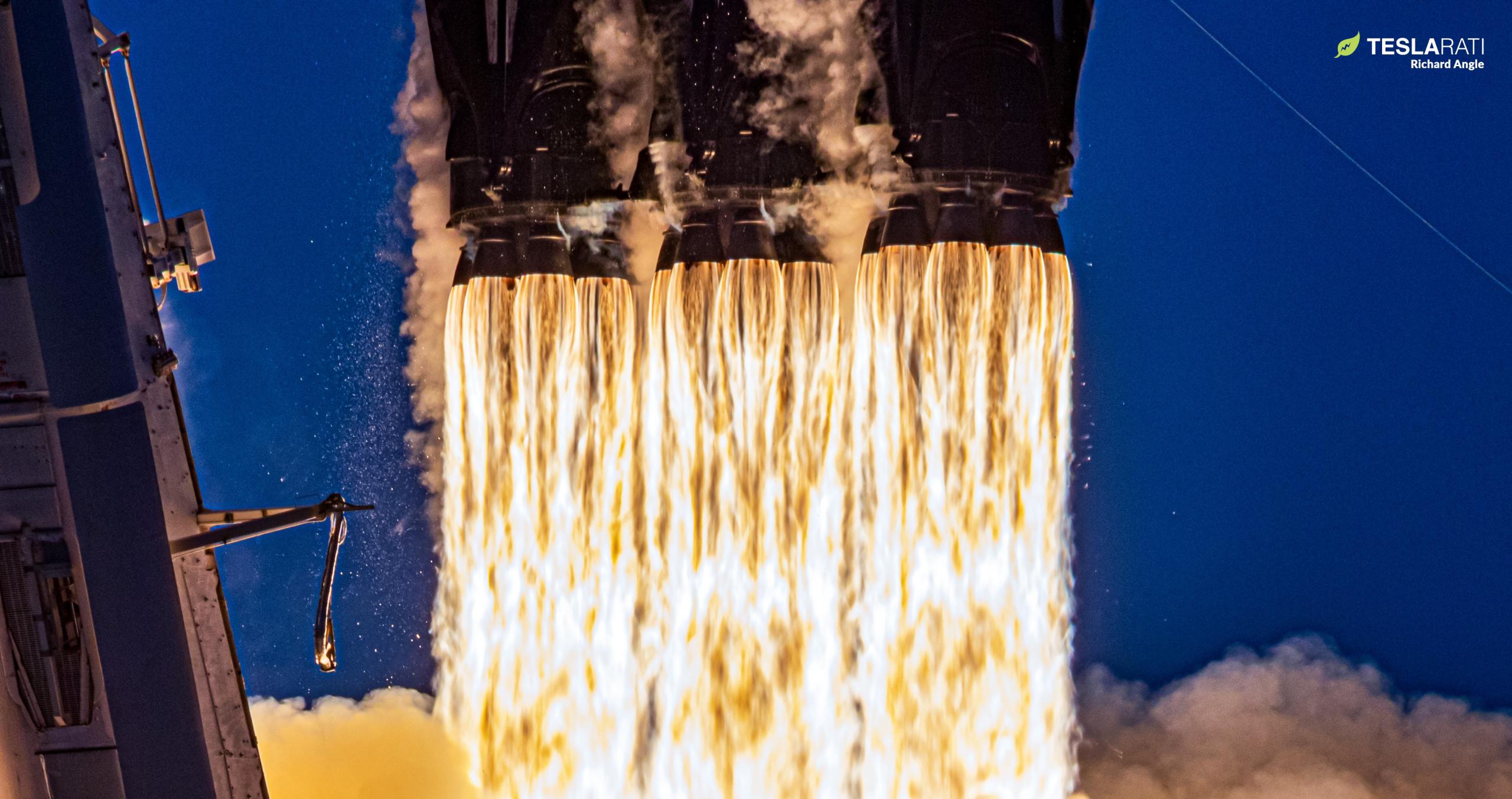 A SpaceX sales executive predicts that the company will launch Falcon Heavy, currently the most powerful operational rocket in the world, up to six times in the next 12 months.

Following years of delays and anticipation as SpaceX waited for the right moment to move forward with the massive rocket, Falcon Heavy debuted in February 2018 by launching CEO Elon Musk’s original Tesla Roadster into interplanetary space. The debut was nearly flawless and only marred by the loss of one of the rocket’s three first-stage boosters, which failed to touch down on a drone ship stationed in the Atlantic Ocean. In just a small taste of things to come, Falcon Heavy’s second launch followed 14 months later.

That April 2019 launch marked the rocket’s first commercial mission and sent a large communications satellite into an extra-energetic geostationary transfer orbit. Less than three months later, Falcon Heavy completed its third launch – a demonstration mission for the US Air Force. Such a quick turnaround raised hopes, but that optimism was unfortunately unfounded. 39 months later, it’s still hard to say when Falcon Heavy will finally launch for the fourth time.

Contrary to the connotations such a long gap between launches might evoke, Falcon Heavy’s manifest has grown at a respectable rate and currently sits at 11 launches. That includes two commercial satellite launches and three launches for the US military, but NASA (directly and indirectly) is by far SpaceX’s most eager Falcon Heavy customer with six firm launches booked and options for another two.

For years, however, all supposedly near-term Falcon Heavy launches have been more or less indefinitely delayed by payload problems. SpaceX has had no issues building and qualifying a huge amount of Falcon Heavy hardware for those missions, but the lack of payloads ready to fly has forced the company to find places to store all seven boosters – more than a third of its fleet – indefinitely.

That may finally change. Speaking on a panel at the 2022 World Satellite Business Week, SpaceX Vice President of Commercial Sales Tom Ochinero told the audience that the company has six Falcon Heavy launches scheduled in the next 12 months.

It’s possible that Falcon Heavy could end its launch hiatus and kick off that six-mission streak in the very near future. Spaceflight Now, a reliable source of launch schedules, recently updated its Launch Schedule to move Falcon Heavy’s USSF-44 mission up from late 2022 or 2023 to October 2022. Next Spaceflight, another reliable primary source, concurs. Both sources also agree that two additional missions (ViaSat-3 and USSF-67) could also launch this year.

For USSF-44 and ViaSat-3, Falcon Heavy will launch both sets of payloads directly into geostationary orbit – a type of mission SpaceX has never attempted. The rocket’s upper stage will need to survive a roughly six-hour coast in space and a trip through Earth’s radiation belts before firing up for a long burn to circularize its orbit around 36,000 kilometers (~22,300 mi) above the planet’s surface. To leave the upper stage with enough propellant for such a challenging task, SpaceX will intentionally expend one of Falcon Heavy’s three boosters during each launch. It remains to be seen which mission will launch first.

Given the history of all six of Falcon Heavy’s near-term missions, it’s safer to assume that the rocket isn’t going to launch at all in 2022 until a fully assembled vehicle has rolled out to the launch pad. For a late October launch, the USSF-44 payload(s) would need to arrive in Florida any day now, and SpaceX would need to start transporting Falcon Heavy boosters to Pad 39A’s integration hangar within a week or two to begin assembling the rocket. If that process begins, it’s likely that one or several of those distinct boosters will be spotted on their way to Pad 39A.

Including USSF-44, unofficial public manifests like Spaceflight Now and Next Spaceflight agree with Ochinero’s assertion that SpaceX has six Falcon Heavy missions tentatively scheduled in the next 12 months. Unspecified US military contractors are currently stumbling over themselves to prepare several satellites for launch: USSF-44 NET October 2022, USSF-67 NET December 2022, and USSF-52 NET April 2023. ViaSat and EchoStar contractors Boeing and Maxar are also struggling to prepare two massive commercial communications satellites for launches in November 2022 and January 2023. Finally, NASA’s Psyche asteroid explorer could be ready for its second launch attempt as early as July 2023 if the agency decides to proceed.