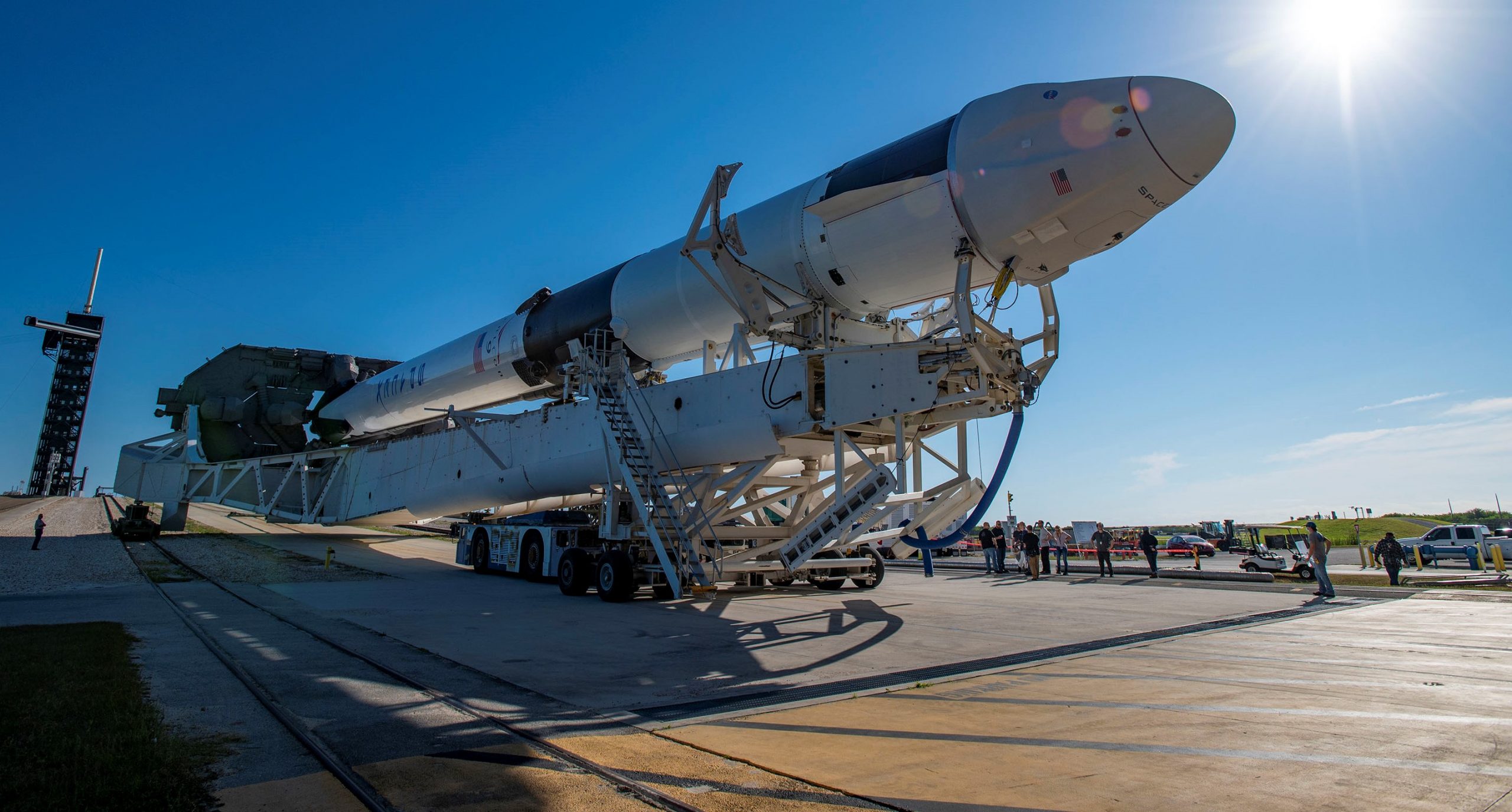 An all-new Falcon 9 rocket and upgraded Cargo Dragon spacecraft have rolled out to Kennedy Space Center Launch Complex 39A (Pad 39A) ahead of SpaceX’s second CRS2 space station resupply launch for NASA.

Scheduled to lift off no earlier than (NET) 1:29 pm EDT (17:29 UTC) on Thursday, June 3rd, the mission – known as CRS-22 – will be the first of up to four Falcon 9 launches scheduled this month. Cargo Dragon 2 debuted in December 2020 as part of CRS-21 and returned to Earth five weeks later, marking SpaceX’s third near-flawless inaugural launch of a new spacecraft. Heavily based on Crew Dragon, which first flew in March 2019, Cargo Dragon 2 is nevertheless significantly modified to optimize it for its exclusively cargo-oriented role.

That includes the removal of internal components, windows, and – most notably – Crew Dragon’s system of SuperDraco abort thrusters to make more room and free up more mass for non-astronaut cargo.

Atop new Falcon 9 booster B1067, CRS-22 will lift off with more than 3300 kg (7300 lb) of cargo in tow. Aside from the usual science equipment, space suit parts, and consumables, CRS-22 will also carry part of a significant new upgrade planned for the International Space Station’s (ISS) basic power generation capabilities. Known as ISS Roll Out Solar Arrays, the new space station solar arrays are a direct follow-on to an experiment -ROSA – launched to the ISS on another Cargo Dragon in 2017.

As the name implies, unlike virtually all other modern spacecraft solar arrays, which generally unfold as a number of flat panels, ROSA is flexible and deploys by unrolling. In theory, that allows for superior packing density to fit more power generation capacity in any given space-constrained launch. Indeed, many modern flagship communications satellites have begun to utilize roll-out solar arrays to expand their power supplies.

At the scale of the new ISS arrays, ROSA’s benefits are less clear, but improvements in solar cell efficiency still mean that six smaller iROSA arrays will be comparable to the ISS’ eight current solar wings.

While massive in their deployed state, each of the original eight ISS solar wings weigh approximately 1100 kg (2400 lb) and initially generated up to 31 kilowatts of power. Each iROSA will weigh around 690 kg (~1550 lb) at liftoff and generate a maximum of 20 kW – offering an almost identical mass efficiency of ~35 kg per kW as the existing arrays. Those new solar arrays will partially interfere with the station’s older arrays but both sets will continue to work, ultimately improving ISS power generation capabilities by 20-30%.

All six arrays will launch on Cargo Dragon missions CRS-22, CRS-25, and CRS-26, likely completing the ISS solar upgrade sometime in Q4 2022. iROSA will be one of the heaviest unpressurized payloads ever launched as cargo on a SpaceX Dragon spacecraft.