The BFR spaceship - in its 2018 design iteration - departs Earth. (SpaceX)

Less than two weeks after SpaceX CEO Elon Musk announced that Falcon 9’s “second stage [would] be upgraded…like a mini-BFR Ship” to prove lightweight heatshield and hypersonic control surface technologies, Musk took to Twitter to assert that the mini BFR spaceship project was dead, despite having stated that SpaceX was working to launch that test article into orbit as early as June 2019 just 12 days prior.

From a public perspective, the status of SpaceX’s next-gen rocket program (known as BFR) is effectively up in the air after several cryptic and seemingly contradictory statements from the company’s CEO and chief engineer.

On Nov. 17, Musk tweeted that BFR – last updated in September 2018 alongside a statement that “this is [likely] the the final iteration [of BFR] in terms of broad architectural decisions” – had already been redesigned, going so far as to describe it as a “radical change”. What that radical design change might be is almost entirely unclear, although Musk has now twice stated that the purpose of these changes (and the whiplash-inducing cancellation of the mini-spaceship) is to “accelerate BFR”.

As of now, SpaceX appears to have just completed a massive 9-meter diameter composite tank dome in the company’s temporary Port of Los Angeles tent, where a small but growing team of engineers and technicians are working to realize some version of the company’s next-generation rocket. That group has been working in near-silence for the better part of a year and has accepted delivery of and set up a wide range of custom-built tooling for carbon composite fabrication, and has even managed to get that tooling producing massive composite parts that are expected to eventually make up the structure of a spaceship prototype.

That prototype would eventually be shipped to South Texas, where SpaceX is constructing an entirely new facility from scratch to test the design, technology, and operation of the first full-scale BFR spaceship (BFS). As of a few months ago, the plan was to begin those hop tests before the end of 2019, but it’s no longer clear if SpaceX still intends to build a prototype spaceship to conduct hops and high-speed, high-altitude test flights. 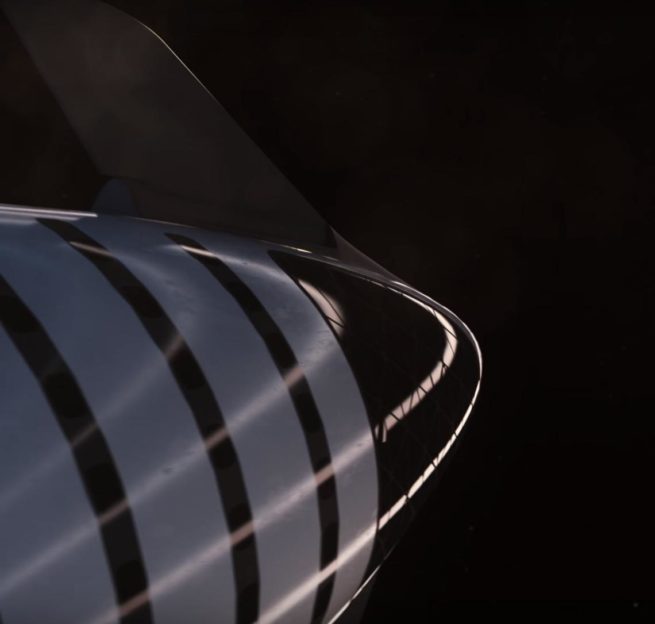 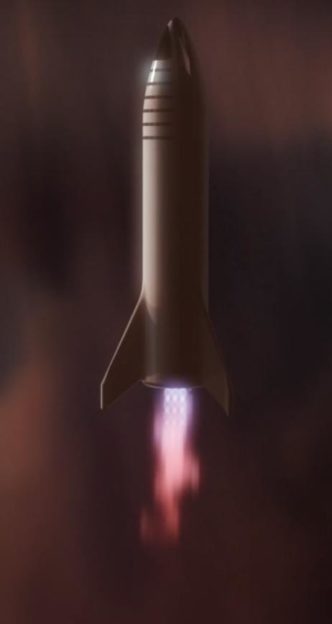 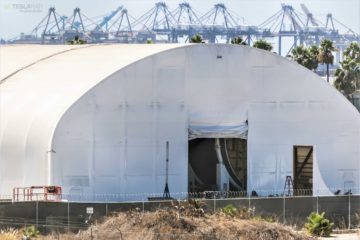 One can only hope that the SpaceX employees tasked with bringing an already monumentally difficult idea from concept to reality are learning about these earth-shaking, “radical” decisions and changes through a medium other than Twitter. If those senior engineers and technicians are not extensively forewarned and given some say in these major system-wide decisions, it’s hard to exaggerate the amount of time, effort, and resources potentially being wasted (or at least misdirected).

There is undoubtedly something to be said for getting complex and difficult things as right as possible on the first serious try, especially when the sheer expense of the task at hand might mean that there is only one real chance to try. Still, it’s not particularly encouraging when a three-year-old hardware development program marked by several major design iterations is still experiencing anything close to “radical change”. After multiple years of concerted effort, BFR still appears to be in some sort of design limbo, where a constant and haphazard stream of on-paper changes act as a near-insurmountable hurdle standing in the way of a completed “good enough” blueprint that can begin to be made real.

Ultimately, even if some of the worst-case scenarios described above turn out to be true, there are still many, many reasons to remain positive about SpaceX’s BFR program on the whole. The next-gen rocket’s propulsion system of choice – an advanced engine known as Raptor –  is quite mature at this point and may already be nearing initial flight readiness. Regardless of any future changes to BFR’s overall spaceship and booster structures, SpaceX technicians, engineers, and material scientists have likely gained invaluable experience in pursuit of an unprecedented 9-meter diameter rocket built almost entirely out of carbon fiber composites.

Further, it appears that quite a bit of progress has been made over the course of R&D programs related to methane-oxygen RCS thrusters (Falcon uses nitrogen), autogenous tank pressurization with gaseous methane and oxygen (Falcon uses helium), and perhaps even in-situ resource utilization (ISRU) that will be an absolute necessity to generate water, oxygen, and methane that will keep prospective Mars colonists alive and refuel spaceships for the voyage back to Earth. 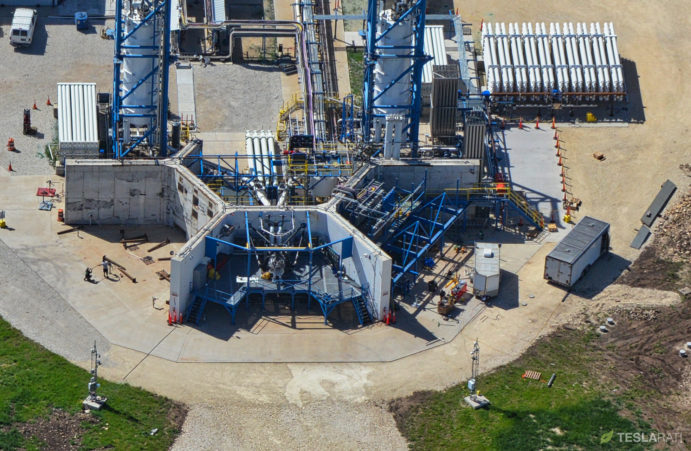 SpaceX’s horizontal Raptor test stand is pictured here in April 2018. A prototype Raptor can be seen in the center bay. (Aero Photo/Teslarati) 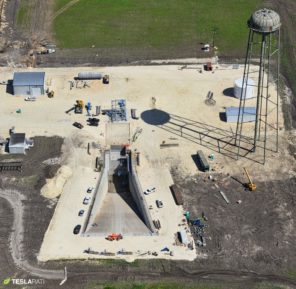 A new rocket test-stand takes shape at SpaceX’s McGregor, TX facilities. As of just a few months ago, this site was effectively barren of activity. (April 17, Aero Photo) 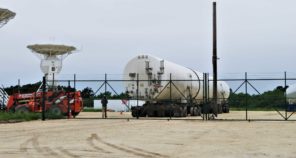