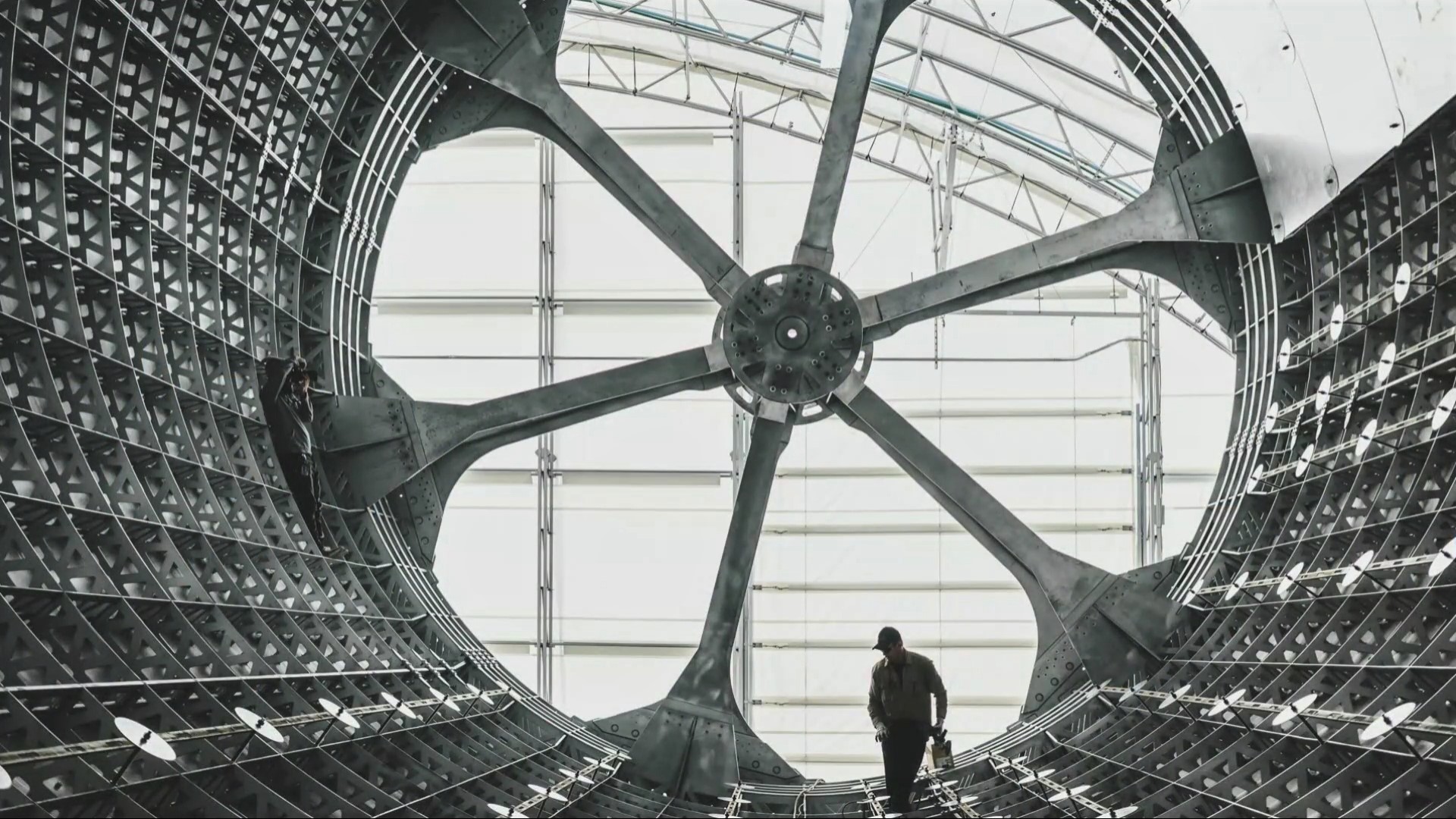 During an interview with Axios, SpaceX CEO Elon Musk noted that he was “[really fired up about] a number of breakthroughs [SpaceX had recently made]” while being asked about his thoughts on the likelihood of him personally going to Mars (“70%”).

The minute-long teaser did not go much deeper but it certainly raises a number of questions (and hints at explanations) for a rapid-fire series of contradictory developments and changes to SpaceX’s BFR – since renamed to “Starship” and “Super Heavy” –  per a series of tweets from Musk over the last two weeks.

In a typical Muskian fashion, when Axios interviewers asked, “What is the likelihood that you personally will go to Mars?”, the CEO responded with an exact percentage – 70% – without skipping a beat. Musk also fervently and rather eloquently refuted the popular and harebrained idea that any SpaceX-enabled Mars colony would simply become “an escape hatch for the rich”. If the rich wanted Mars or lunar bases as “escape hatches”, there are dozens of multibillionaires that could singlehandedly fund Musk’s estimated $2-10B price tag for the completion of the entire BFR development program while still retaining 50-90% of their net worth.

Musk’s retort is worth reading in full.

Mike Allen: “[Mars] could be an escape hatch for rich people.”

Elon Musk: “No! Your probability of dying on Mars is much higher than earth. Really the ad for going to Mars would be like Shackleton’s ad for going to the Antarctic. It’s gonna be hard. There’s a good chance of death, going in a little can through deep space. You might land successfully. Once you land successfully, you’ll be working nonstop to build the base. So, you know, not much time for leisure, and once you get there, even after doing all this, it’s a very harsh environment, so there’s a good chance you die there. We think you can come back but we’re not sure. Now, does that sound like an escape hatch for rich people?”

While thoroughly entertaining, the most interesting aspect of this one-minute teaser was the approximate two seconds where Musk suggested that SpaceX had recently made several major breakthroughs in the context of BFR and Mars. What exactly those breakthroughs could be is entirely unclear, but the fact that Musk seemed positive about the recent developments and spoke of “breakthroughs” at all feels like an encouraging sign that the last two weeks of Musk’s chaotic announcements, updates, and abrupt cancellations are less indicative of program instability than they initially seemed to be.

Most notably, Musk appeared to announce and then completely cancel a sort of mini-spaceship that SpaceX was to base off of Falcon 9’s upper stage as a BFR spaceship technology demonstrator in less than two weeks. If realized, that mini-BFS would have reentered Earth’s atmosphere at orbital velocities to flight-test hypersonic fins and a new “ultra light” heat shield that will be (or would have been) critical for the overall success of BFS/Starship.

Ironically, in the middle of writing this article, Musk tweeted specifically about “fundamental” changes to the spaceship, leaving little more than the general appearance and propulsion systems unchanged. In essence, the design of BFS/Starship is now almost unrecognizable when compared with past iterations, at least from a perspective of the ship’s most critical systems.If Starship will not be built out of composites, then it’s possible that the multiple years SpaceX engineers and technicians have spent trying to develop large carbon composite propellant tanks (2016-present) and the time, energy, and capital put into those efforts will be almost entirely for naught if BFR pivots away from composite tanks. 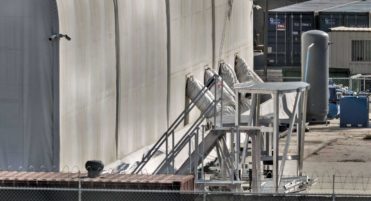 A tall platform was moved inside the tent around November 10th, likely to support the integration of the tank dome and barrel section. (Pauline Acalin) 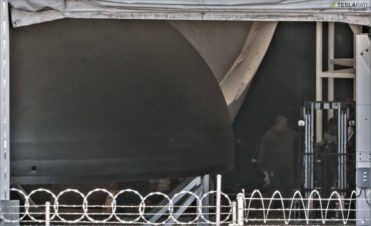 The dome was spied inside the tent on November 12. (Pauline Acalin) 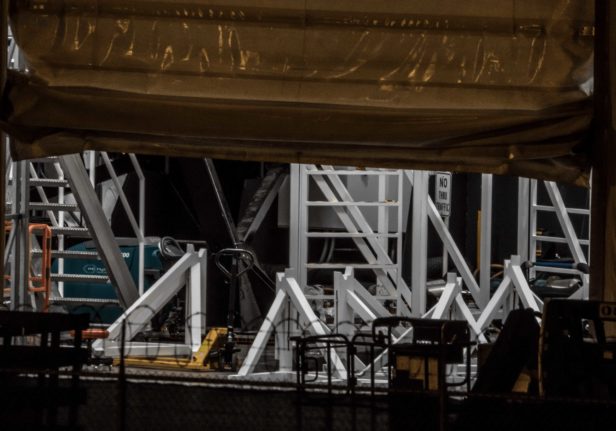 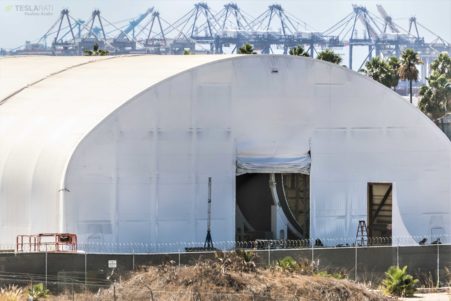 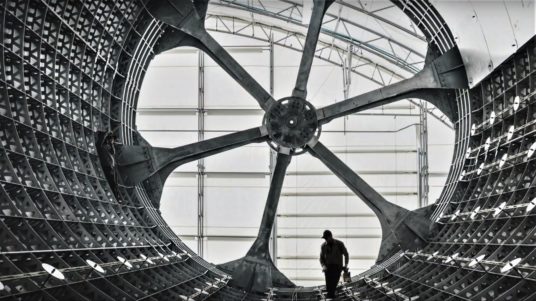 By all appearances, dozens of employees have spent the last year accepting delivery of $10-50M worth of custom-built composite tooling, setting it up, and building giant composite tank domes and segments. If composite tanks are no longer planned for the booster or spaceship, all that work may have been for nothing. Needless to say, we could certainly do for Musk’s proposed Reddit AMA – if not an entirely new BFR update event – to shed some light on the machinations behind these earthshaking programmatic changes.