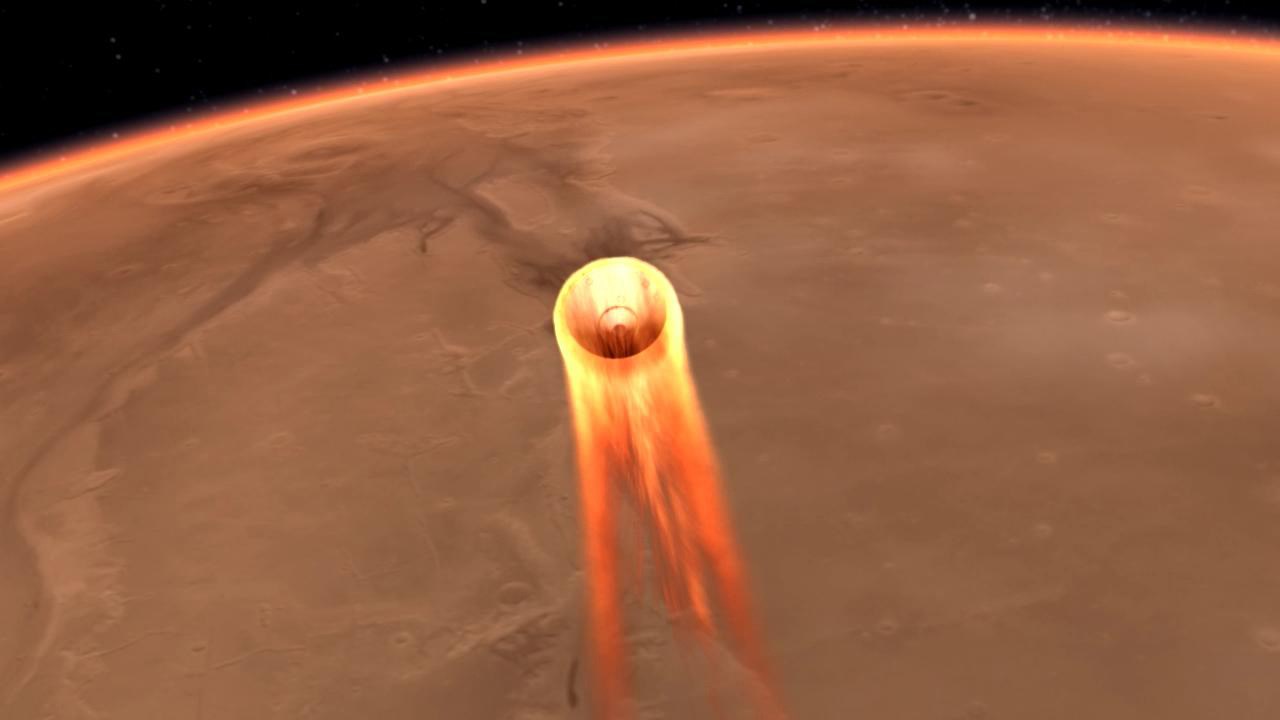 On Monday, NASA’s InSight lander will complete the final phase of its journey to Mars by touching down on the planet’s red surface around 3 pm EST. The craft has spent just under seven months in deep space after its May 5, 2018 launch, joined by tiny twin satellites named “Mars Cube One” (MarCO). When ready, InSight will begin a 6 1/2 minute landing sequence involving drag from its heat shield aeroshell after entry into the atmosphere, parachutes, and retrorockets, the combination of which will take it from a 12,300 mph descent speed to a 5 mph landing speed.

While the landing will only last a few minutes, InSight’s scientist team at NASA’s Jet Propulsion Laboratory in California will have endured hours of inevitable anxiety. Prior to the landing events, they will have continuously checked the Martian weather, estimated the trajectory the craft will take to the surface, and adjusted software as needed to ensure the best chances for the fully automated steps that follow atmospheric entry. Once the landing events begin, however, there is nothing the team can do to control the process.

Adding to the nervous excitement of the mission, there will also be an 8-minute delay for signals from InSight to reach the team, but the data will be watched as though it is real-time. Hopefully their tradition of passing around “lucky peanuts” will keep things calm during the tense moments to come. Interested members of the public can watch the live stream of the whole event with InSight’s scientists on NASA’s website and cable TV channel.

Once on Mars, InSight will study the core of the red planet, drilling its instruments 10-16 feet below the surface to discharge seismic waves and read the resulting patterns. There are significant similarities in how both Earth and Mars formed during our solar system’s creation, so data gathered from InSight will help scientists learn about our own habitat’s history as well as Mars. Answering questions such as what exactly Mars is made of, how the material is layered, and how much heat is being released from it could help scientists understand what conditions can lead to planetary support for life to evolve. That knowledge could then apply to exoplanet studies and continue to hone scientists’ ability to predict the existence of life on other worlds.