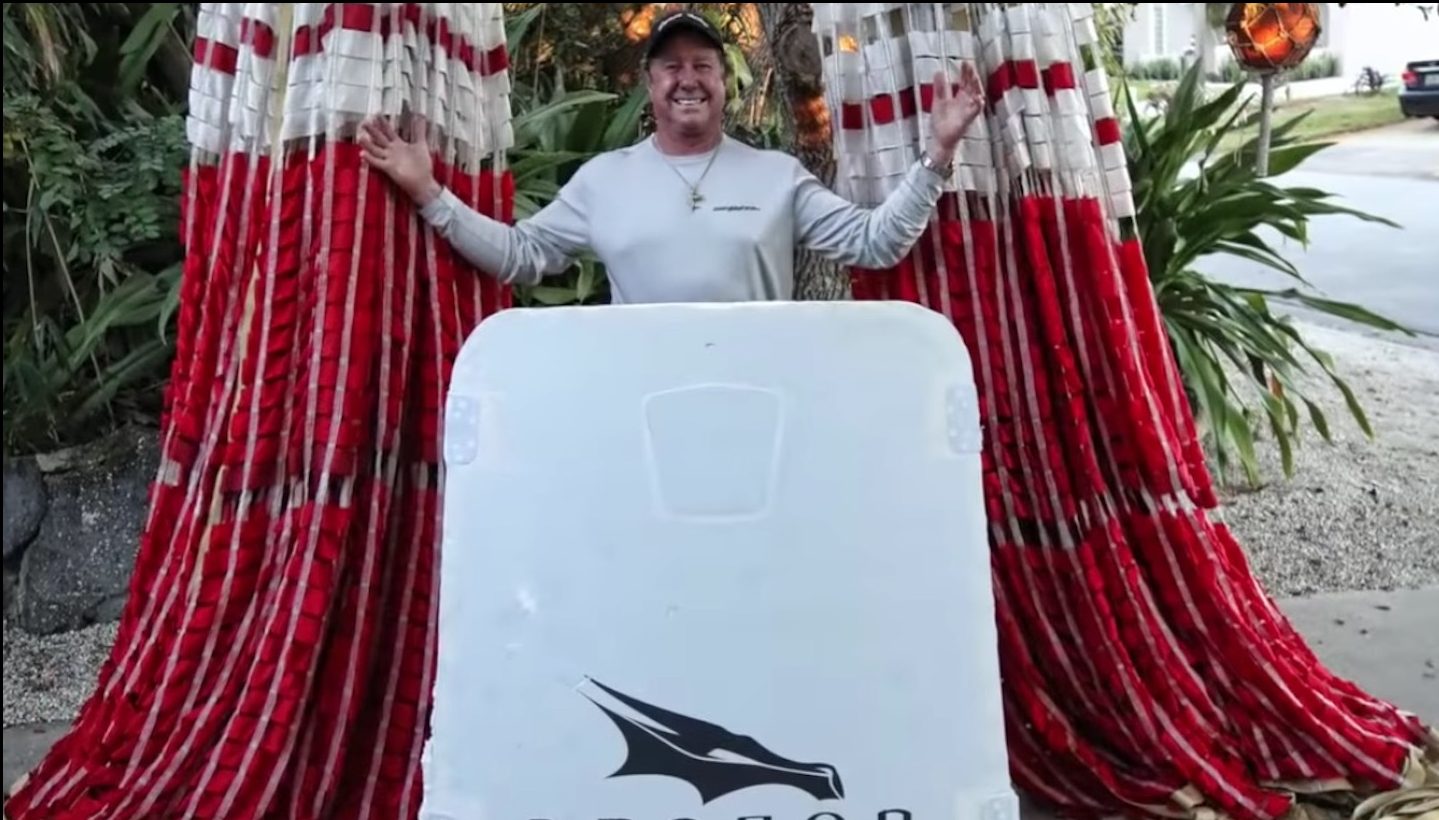 One lucky fisherman and space geek has found the “catch of his life” off the coast of Daytona Beach in Florida after fishing the door of a SpaceX Crew Dragon capsule and two parachutes out of the water.

Charter boat fisherman David Stokes has posted a video of him showcasing his spectacular catch on YouTube. The Ponce Inlet resident says he and his friends were out wahoo fishing when a piece of white debris flashing in the sun caught his eye.

“We were putting the baits out and caught a wahoo right off the bat with high-speed lures. We high-speed trolled again for the afternoon bait and came across this floating with the door up bouncing and nobody could figure out what it was,” he says. “And we went by and I saw the Dragon and me, being a space geek, I noticed that it was a Dragon door from the parachute.”

Although his friends insisted they leave the debris behind, Stokes was able to convince them to turn around and haul it up. It was no easy task to hoist two water-logged parachutes that were weighing down the capsule door. After 40 minutes of wrestling with their catch, Stokes and his companions finally got it into the boat before sailing back to Ponce Inlet with a fish and the door of a spacecraft in hand.

The Dragon name and logo can be seen on the floating debris, which appears to be the door of the parachute compartment of the Dragon capsule. The assembly was part of the in-flight abort test that SpaceX conducted at Cape Canaveral in Florida on January 19.

SpaceX conducted a crucial uncrewed safety test to ensure that future astronauts aboard the Dragon capsule can safely separate from the rocket in case of a malfunction. Using the in-flight abort system built into the Dragon and its eight Super Draco engines, the capsule was able to separate from the Falcon 9 without a hitch and sail off to a safe distance before the rocket underwent an expected explosion.

The Dragon then deployed its drogue parachutes and landed into the Atlantic Ocean, where crew were on hand and ready to recover the capsule. Ultimately, the SpaceX crew were never able to find the door to the parachute compartment, enabling Stokes and his fishing companions to find the catch of their lives.