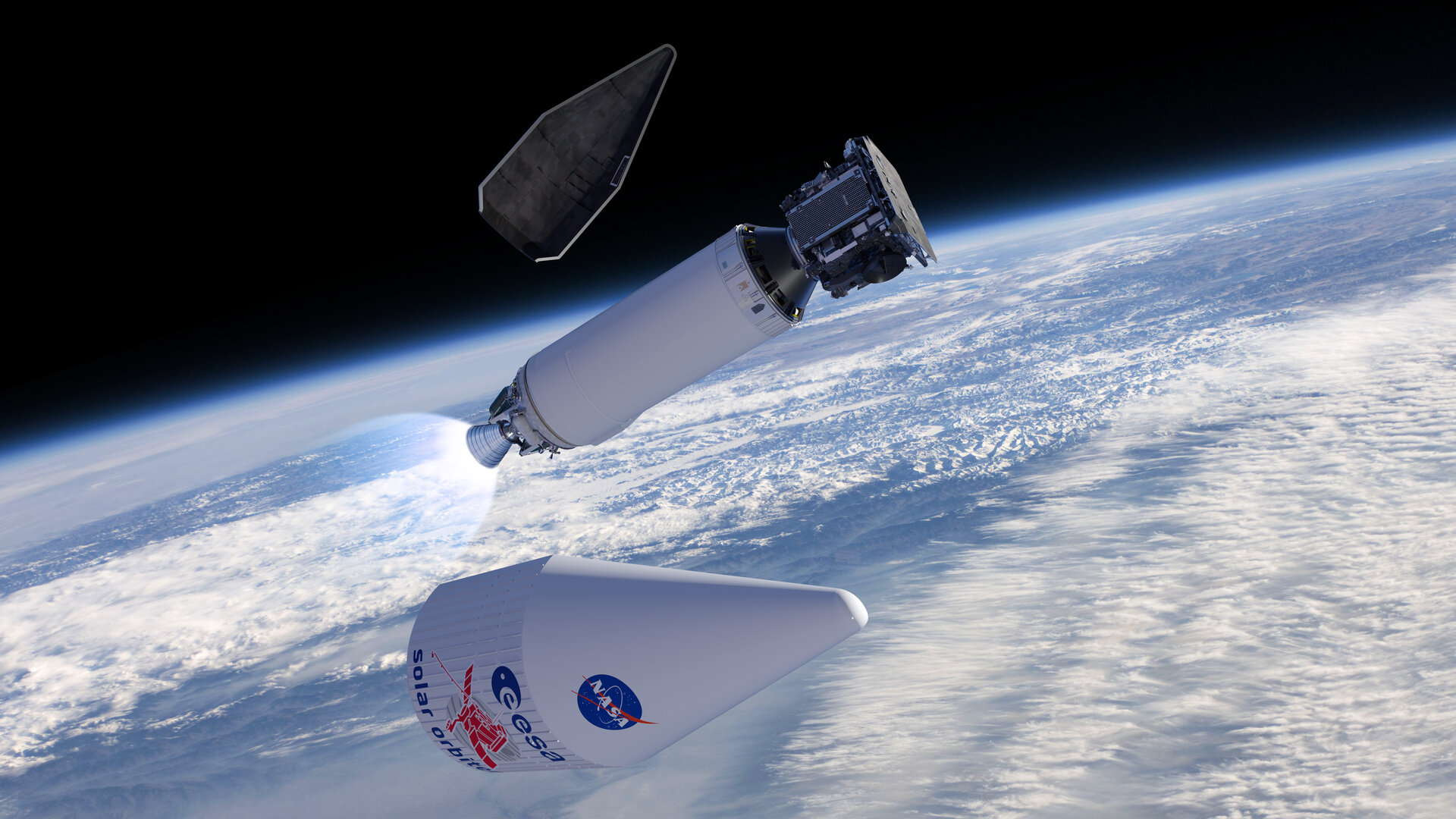 Just a year and a half after sending NASA’s Parker Solar Probe to study the Sun, United Launch Alliance (ULA) is ready to once again support a science mission on its way to the center of our solar system. The Solar Orbiter, a unique spacecraft jointly developed by NASA and the European Space Agency, will launch aboard a ULA Atlas V 411 booster, propelling it to the Sun to snap the first photos of its north and south poles.

The Solar Orbiter will work in conjunction with NASA’s Parker Solar Probe in unlocking the mysteries of our closest star. Parker Solar Probe occasionally dips into the Sun’s atmosphere – referred to as the corona – learning about the environment and the solar wind that propels energy and radiation into our solar system. The Solar Orbiter will – as the name suggests – orbit the Sun, but will remain further away than Parker (about 26 million miles away) allowing it to produce the first images of the Sun’s northern and southern poles. This advancement could potentially offer more insight into the Sun’s powerful magnetic field.

The ULA Atlas V 411 booster arrived in Florida back in November 2019. Since the completion of the previous Atlas V mission that supported the Boeing Starliner Orbital Flight Test in December 2019, ULA has been continuously prepping for the launch of the Solar Orbiter. In early January 2020, the booster was vertically hoisted into ULA’s Vertical Integration Facility. Following final booster preparations, including rolling it out to the launchpad for pre-launch testing twice, the safely encapsulated Solar Orbiter payload was carefully stacked on top during final integration on January 31st.

According to ULA, the Atlas V 411 configuration was selected to provide the necessary “Earth departure trajectory for making repeated close encounters with the sun.” The configuration used to launch the Solar Orbiter consists of a dual-nozzle main engine and one solid-fuel booster mounted to the side. This allows the rocket to utilize steering capability provided by the main engine while maintaining a center of gravity stabilized by the additional booster. ULA states that while this is a rather unique configuration, it is one that has been successfully utilized to support missions five times since 2006.

Ahead of the February 9th launch attempt, teams rolled the mighty Atlas V 411 out to the launchpad at Space Launch Complex-41 at Cape Canaveral Air Force Station to complete a full Wet Dress Rehearsal (WDR) – a full run-through of launch day operations including fueling the rocket and proceeding through terminal count. The first attempt at WDR resulted in a minor delay of launch due to a “wind-blown ECS cold air duct” that had to be replaced before testing could be completed, according to CEO of ULA, Tory Bruno. The second attempt of the WDR on January 24th was completed without a hitch.

On Friday morning February 7th, Bruno announced that all of pre-flight rehearsals and verifications were completed and the Solar Orbiter was ready to begin its journey to the Sun.

Currently, ULA and NASA are targeting a launch on Sunday, February 9th at 11:03 pm EST (0403 UTC) with a two-hour launch window. The launch weather is at 80% “GO” conditions with cumulus clouds as the primary concern for violation. Should the launch need to 24-hr recycle for a launch attempt on Monday, February 10th, weather conditions deteriorate slightly to 70% “GO.”

A live launch webcast will be provided on NASA TV beginning approximately 30 minutes prior to lift-off at 10:30 pm EST (0330 UTC).