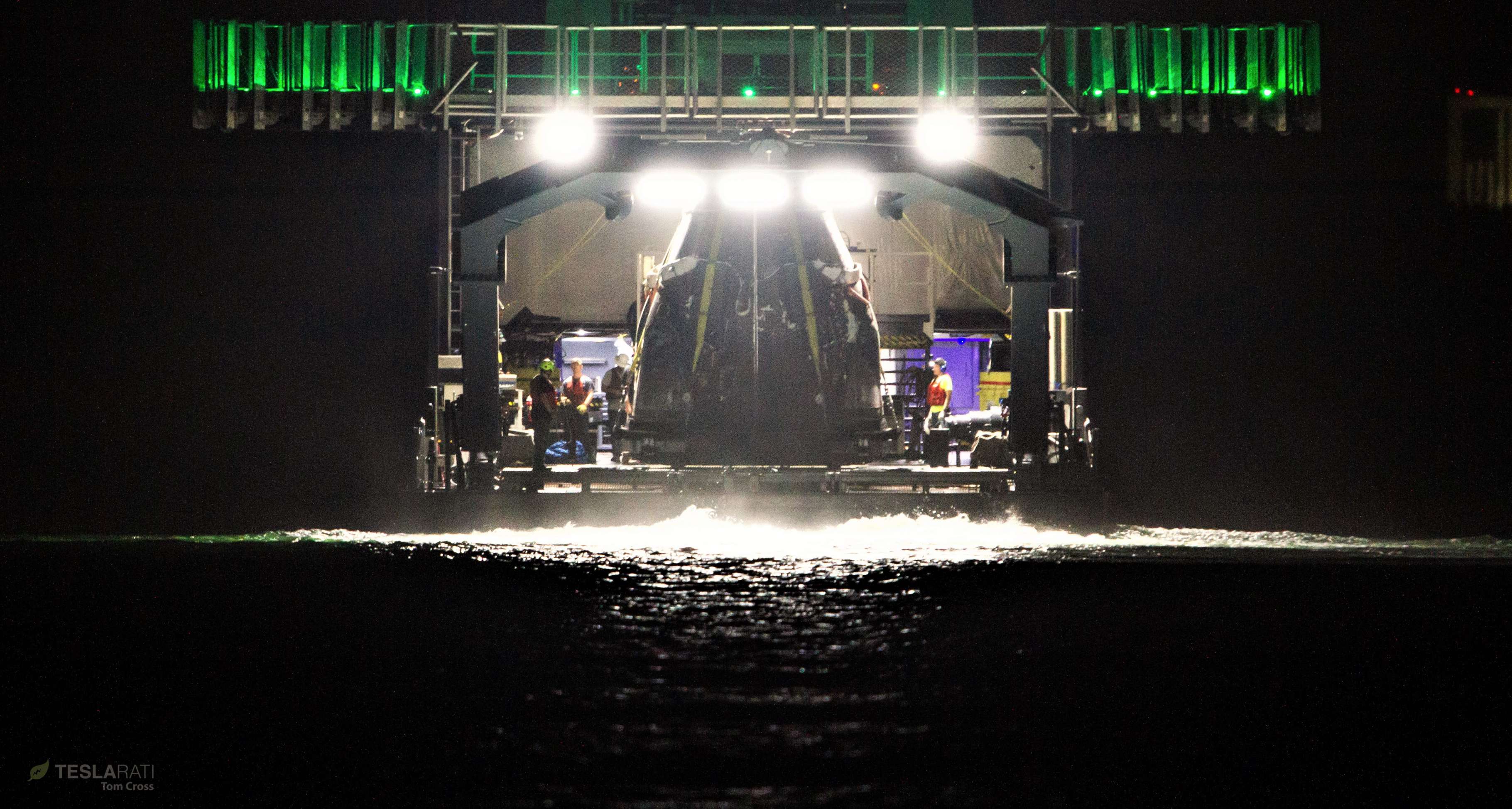 SpaceX’s newest Crew Dragon spacecraft has successfully returned to port aboard one of the company’s dedicated recovery vessels, neatly wrapping up what appears to have been a completely flawless in-flight abort (IFA) test.

Designed to prove that Crew Dragon can safely escape a failing Falcon 9 rocket at essentially any point from the launch pad to orbit, SpaceX voluntarily chose to perform a full-fidelity IFA test – something NASA left up to both it and Boeing. Boeing instead decided to extrapolate from a pad abort test – which SpaceX completed in 2015 – and a presumably large number of digital simulations to verify that Starliner would survive an in-flight abort.

To be clear, NASA is explicitly okay with this, but space agency officials did not shy away from openly embracing the superiority of integrated flight testing at several points both before, during, and after SpaceX’s second Crew Dragon launch. Although it will almost certainly remain (publicly) unsaid, there should be little doubt that for astronauts scheduled to fly on either Crew Dragon and Starliner, the successful completion of in-flight abort and pad abort tests almost certainly engenders at least a little more confidence in the vehicle they will be entrusting their lives to.

It’s worth noting that although NASA argues – perhaps soundly – that digital modeling, a pad abort test, and an orbital flight test are enough to determine whether any given spacecraft is safe enough to launch US astronauts, the unspoken reality – or at least a large part of it – is that cost is a major concern. At this point in time, NASA’s Commercial Crew Program (CCP) contracts are expected to cost a total of $3.1B for SpaceX and $5.1B for Boeing – both including at least four total orbital launches of their respective spacecraft.

In simpler terms, despite the fact that SpaceX has received a full $2 billion (~40%) less than Boeing to accomplish the same tasks in the same time, SpaceX’s Crew Dragon completed a flawless orbital launch debut and space station rendezvous with Crew Dragon almost 10 months before Boeing’s Starliner suffered a serious partial failure in space. Simultaneously, for $2 billion less, SpaceX has now given NASA a seemingly flawless full-up in-flight abort test of Crew Dragon before the space agency will fully entrust the spacecraft with the safety of its astronauts.

In the last 10 or so weeks, Boeing has thus suffered a minor Starliner parachute failure, a far more concerning spacecraft failure during its first orbital flight test (OFT), has no plans to perform an in-flight abort test, and nevertheless still wants Starliner’s next launch to carry NASA astronauts.

A clear path ahead

SpaceX, on the other hand, has now completed two seemingly-flawless integrated launches of Crew Dragon on a Falcon 9 rocket – one of which successfully rendezvoused with the ISS and returned to Earth; the other of which has now proven that Crew Dragon can whisk astronauts to safety from a failing supersonic rocket. SpaceX says it will carefully inspect capsule C205 and eventually refurbish the spacecraft, although it’s entirely unclear what kind of mission the company could foreseeably reuse it on in the near future.

Speaking shortly after Crew Dragon’s second flawless launch, SpaceX CEO Elon Musk said that he had spoken with NASA administrator Jim Bridenstine just prior to the post-launch press conference and together came up with a response to the most obvious question: when will SpaceX fly astronauts? In short, Musk was almost certain that all the hardware needed for the Demo-2 astronaut test flight – Falcon 9 booster, F9 upper stage, Crew Dragon capsule C206, and a Dragon trunk – will be completed, tested, and delivered to Cape Canaveral by late-February 2020.

If everything goes exactly as planned, NASA – prior to launch – indicated that an early-March 2020 launch was actually within reach. After launch, Musk tempered expectations, stating that SpaceX would almost certainly launch its first NASA astronauts sometime in Q2 – perhaps as early as April. Regardless, it looks like we wont have to wait more than a few months to find out.