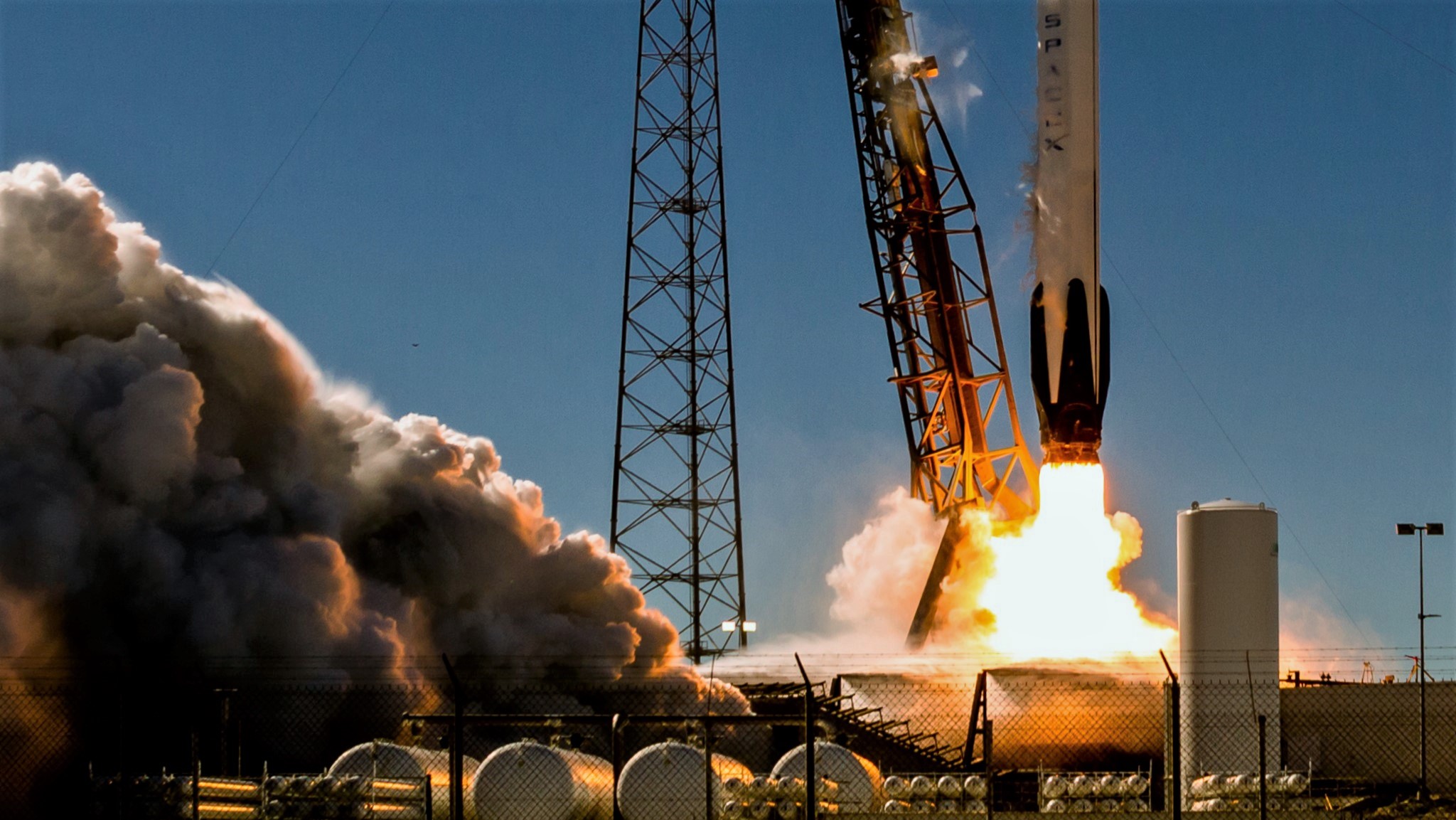 Israeli aerospace company SpaceIL has reportedly completed the world’s first private Moon lander at the same time as the primary payload it will be tagging along with – Indonesia’s PSN-6 communications satellite – arrived in Cape Canaveral, Florida, where engineers will now prepare the spacecraft for a launch NET February 13th, 2019 atop SpaceX’s Falcon 9 rocket.

Recently crowned Beresheet (Hebrew for “Genesis”), the small ~600 kg (1300 lb) lunar lander will also be joined by an innovative new rideshare technology managed this time around by Spaceflight Industries, potentially giving small satellite (under 100 kg) customers the ability to tag along with a large geostationary communications satellite like PSN-6 to reach orbits far higher than those routinely accessible with rideshares and even dedicated launches.

The Indonesian satellite Nusantara Satu (PSN VI) has arrived at the Cape for its February launch on a SpaceX Falcon 9 (SSL Release: https://t.co/usuBQeq9Uz).

This is a shared launch with Spaceflight GTO-1/SpaceIL (Israel’s first mission to the moon): https://t.co/OvyNAc9qfP pic.twitter.com/Z8HDFDUCdX

While SpaceX is unaffiliated with SpaceIL, this mission will technically mark the first time that SpaceX has conducted a commercially-procured interplanetary launch, hopefully placing Beresheet (nicknamed “Berrie” by SpaceIL) on a direct trajectory to the Moon after sending PSN-6 on its way to geostationary orbit. The actual logistics of this unprecedented rideshare mission are unclear, but the most logical setup would see PSN-6 somehow integrated on top of SpaceIL’s Moon lander, allowing the communications satellite to be deployed into a geostationary transfer orbit before Falcon 9’s upper stage reignites to send Beresheet on an escape trajectory.

Assuming that is the case, this mission may also become the second time that SpaceX has utilized its Falcon 9 upper stage’s long coast capabilities on a commercial mission, as the rocket would need to remain operational at least several hours after deploying PSN-6 in order to reignite for Beresheet. It’s also possible that the PSN-6 satellite itself will play a role in sending Beresheet to the Moon or that the lunar lander will bring along its own boost stage to journey from GTO to lunar orbit, but both alternatives are improbable. Just last week, on December 22nd, SpaceX conducted its first true operational long-coast during the launch of the USAF’s first new GPS satellite, coasting for around 60 minutes between Merlin Vacuum (MVac) ignitions.

In February 2018, Falcon Heavy also demonstrated an even longer coast of ~6 hours during the heavy-lift rocket’s launch debut, allowing SpaceX to send Starman and his Tesla Roadster into an elliptical orbit around the sun, one end stretching out past the orbit of Mars. 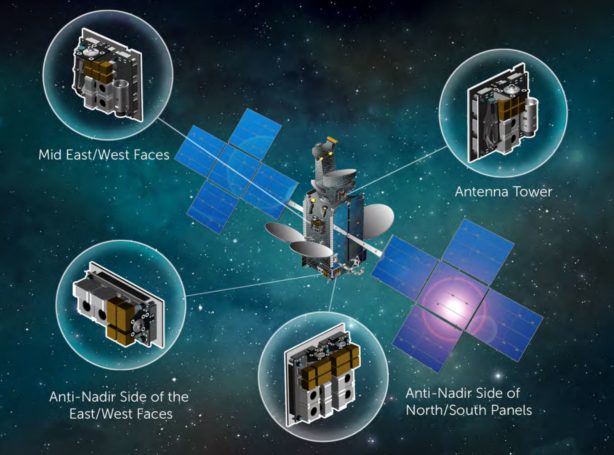 An overview of SSL’s PODS rideshare concept, showing the many possible locations where smallsat dispensers can potentially be attached to commsats. (SSL)

Spaceflight’s SSO-A Upper Free Flyer visualized deploying cubesats shortly after launch on Falcon 9. PODS would be quite similar, albeit on a smaller scale. (Spaceflight) 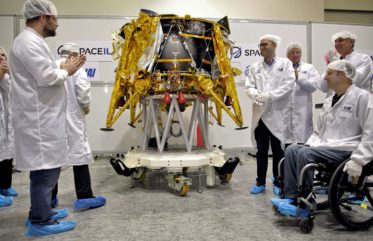 Aside from the already-unprecedented rideshare combo of a commercial communications satellite and an interplanetary spacecraft, the PSN-6 mission will further include an innovative new approach to satellite rideshare launches, potentially allowing unrelated smallsat operators the opportunity to piggyback on the commercial geostationary satellite missions that serve as a backbone of the private launch market. By piggybacking on larger satellites headed to geostationary orbit (35,786 km or 22,236 mi), smallsats may be able to reach truly unprecedented orbital heights – useful for science, commerce, and exploration – that could ultimately pave the way for independent interplanetary smallsat missions, leapfrogging off of high-energy geostationary orbits to head to nearby bodies like asteroids, Mars, Venus, and more.

There is also a chance that PSN-6 could launch on a flight-proven Falcon 9 rocket, an event that would mark the first time in history that a commercial interplanetary spacecraft reached orbit on a reused commercial rocket. Either way, FCC filings have already confirmed that Falcon 9 will attempt to land on drone ship Of Course I Still Love You (OCISLY) roughly 650 km (410 mi) off the Florida coast.