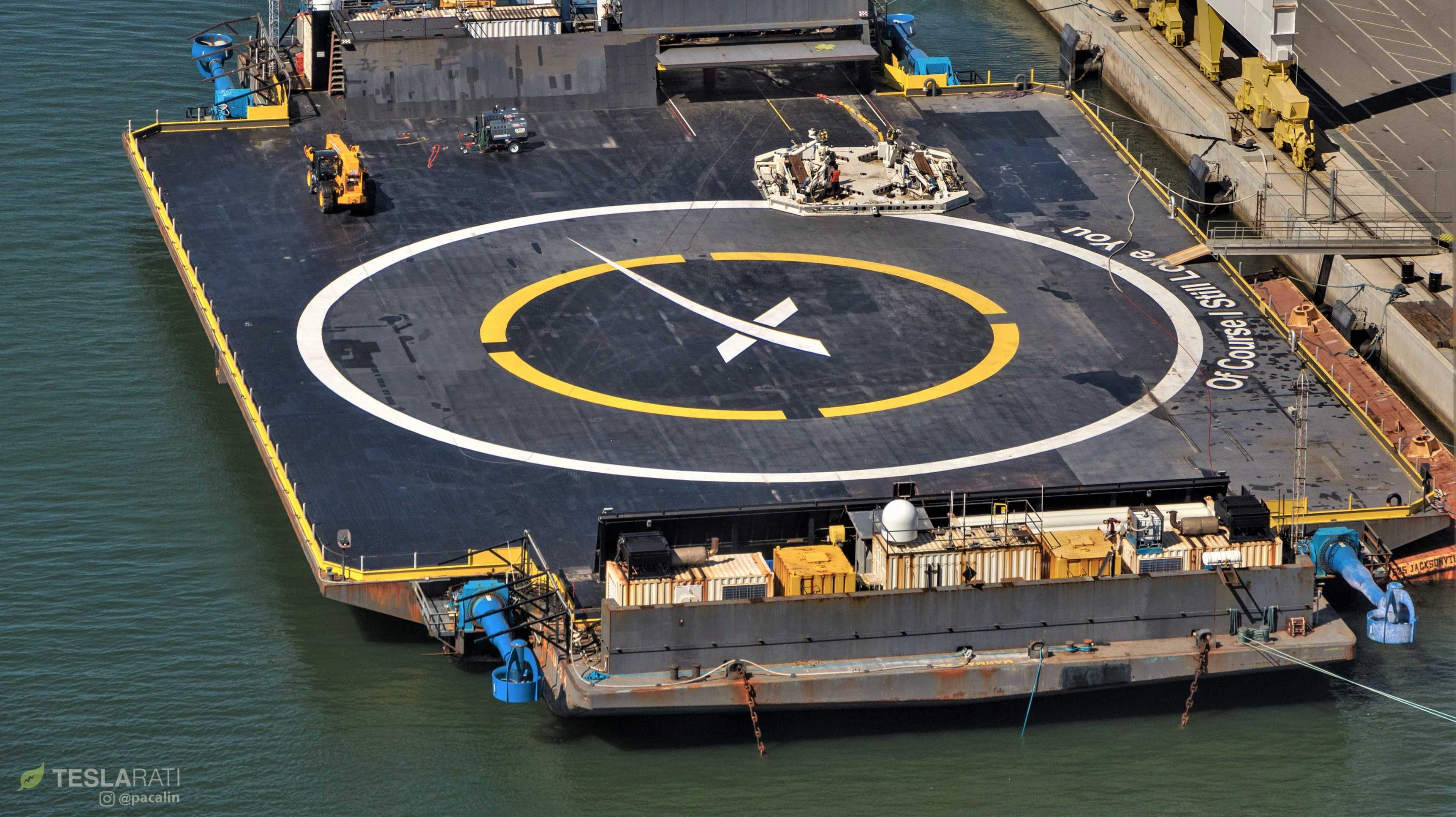 Drone ship Of Course I Still Love You (OCISLY) prepares for its next Falcon 9 recovery with SpaceX's rocket recovery robot on February 14th. (Pauline Acalin)

SpaceX’s shadow-bound Falcon 9 recovery robot was spotted out and about aboard drone ship Of Course I Still Love You (OCISLY) in the week leading up to the company’s next rocket launch, targeting liftoff at 8:45 pm EST (01:45 UTC), February 21st.

Dedicated to safely securing Falcon 9 and Heavy boosters after landing aboard drone ship OCISLY, the robot – unofficially nicknamed Octagrabber – uses four hydraulic arms and the sheer mass of its solid steel frame to grab onto the ~25-ton boosters’ built-in launch clamps and hold them steady in sea states that would create a hazard for recovery technicians. Effectively a rocket-grabbing robotic tank, Octagrabber will likely play a role in Falcon 9 B1048’s imminent third launch and landing.

While Octagrabber’s work tends to take a backseat to the building-sized rocket landings it precedes, the robot has played an important role in SpaceX’s Falcon 9 recovery efforts since it went into service in mid-2017. Its development was expedited in part because of an iffy 2016 rocket recovery in which the Falcon 9 booster in question – destined to eventually become one of Falcon Heavy’s two side cores – landed hard and wound up precariously sliding around the deck of OCISLY, only saved from falling overboard by the lip of the drone ship’s deck.

B1023 slid around OCISLY’s deck shortly after launch, nearly falling into the Atlantic. (SpaceX) 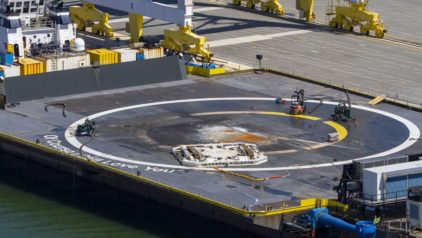 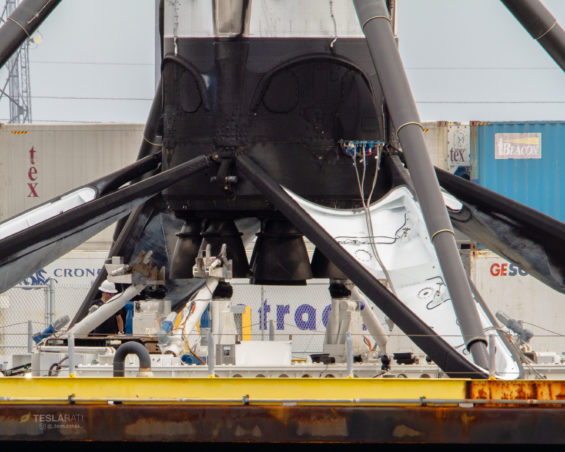 Octagrabber hangs on to B1046 as OCISLY arrives in port. (Tom Cross)

With a 25-ton, ~150-foot tall pressurized rocket sliding uncontrollably around their work area, SpaceX’s recovery technicians understandably extricated themselves from the situation and were forced to wait for calmer seas before securing the booster to the deck. Aside from a period of a few months in late 2017 where Octagrabber was effectively incinerated while attempting to secure a Falcon 9 booster with a fuel leak, the robot has been a part of nearly every East Coast Falcon 9 drone ship recovery since. The overall value it adds is unclear but the fact that a similar sibling has yet to be built for West Coast drone ship Just Read The Instructions (JRTI) suggests that Octagrabber is viewed as more of a good option to have with an otherwise non-critical level of utility.

Nevertheless, the lone robot continues to soldier on and is routinely spotted out and about on OCISLY’s deck while the drone ship is docked in Port Canaveral, presumably performing a variety of maintenance checkouts and testing hardware and software between rocket recoveries. While SpaceX’s 2019 launch manifest has had a slow start in January and February, things are expected to get quite a bit more active over the next few months, while a SpaceX executive recently indicated that the company was hoping to conduct 21 or more launches this year. 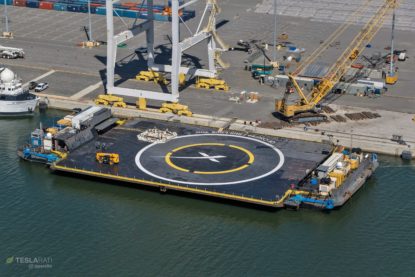 Mr. Steven is seen here in Port Canaveral on February 15th, one week before the… accident… (Tom Cross)

Up next on SpaceX’s manifest is a launch just over 12 hours from now, featuring communications satellite PSN-6, an Air Force smallsat, and the first commercial Moon lander. If all goes as planned, the ~5400 kg (11,900 lb) trio will be placed into a high-energy geostationary transfer orbit with an apoapsis around 60,000 km (~38,000 mi) above Earth’s surface. Eight and a half minutes after launch, Falcon 9 B1048 will attempt its third landing in seven months, hopefully setting itself up for a fourth flight (and beyond) later this year. Mr. Steven – having completed a 5000 mile (8000 km) journey just a week and a half prior – will also attempt the first East Coast Falcon fairing catch.