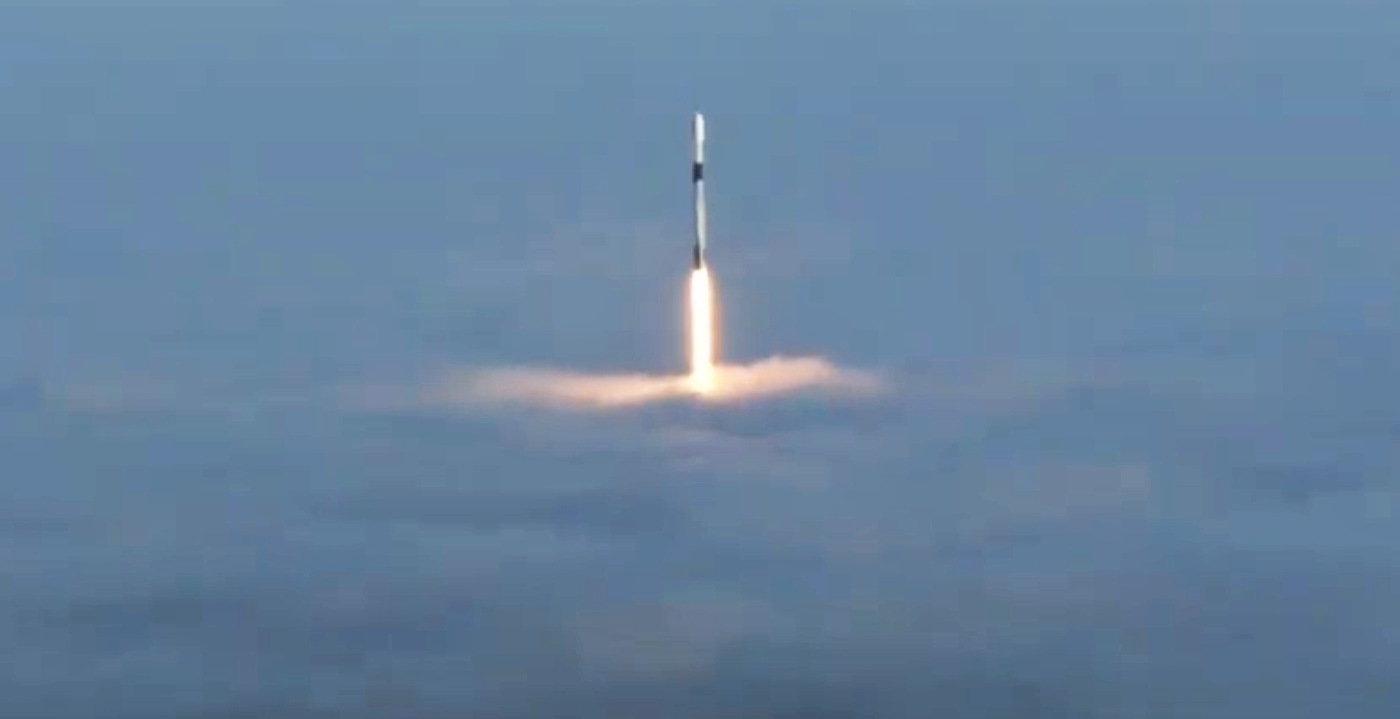 Falcon 9 B1051 lifts off with Canda's Radarsat Constellation Mission, breaking through a layer of thick Vandenberg fog. (SpaceX)

Update: SpaceX has successfully wrapped up the Radarsat Constellation Mission, likely its last launch from Vandenberg Air Force Base for six to nine months. Supporting its second mission, Falcon 9 booster B1051 completed a flawless launch and landing, returning to SpaceX’s pad-adjacent LZ-4 landing zone after a gentle, (relatively) low-velocity reentry at ~1.6 km/s (3700 mph).

Sadly, the sun was unable to beat back Vandenberg’s iconic fog layer and it’s unlikely that remote cameras (even including SpaceX’s own on-pad webcast cameras) captured anything more than gray fog. According to Teslarati’s photographers, the sonic booms produced by the returning Falcon 9 booster were as spectacular as ever, though.

Despite more than seven months of delays, the Canadian Space Agency (CSA) can finally rest now that all three Radarsat Constellation spacecraft are safely in orbit, completing what is arguably the most arduous leg of most spacecraft journeys. Valued at more than $1 billion, SpaceX has also successfully launched its most expensive payload by a large margin, adding to Falcon 9’s increasingly impressive record of reliability.

SpaceX is just hours away from its sixth Falcon 9 launch of 2019, likely the company’s last Vandenberg Air Force Base (VAFB) mission for the rest of the year (and possibly longer).

Flight proven Falcon 9 booster B1051.1 has been assigned to the launch and will attempt to return to SpaceX’s LZ-4 landing zone after sending Canada’s Radarsat Constellation Mission (RCM) on its way to orbit. Likely weighing approximately 5000 kg (11,000 lb), RCM is comprised of a trio of Earth observation spacecraft with large surface-scanning radars as their primary payloads. At a cost of more than $1 billion, RCM will be the most expensive payload SpaceX has ever attempted to launch. Falcon 9 has a 13-minute window for launch but liftoff is scheduled to occur at 7:17 am PDT (14:17 UTC) on Wednesday, June 12th.

As it stands, Falcon 9’s RCM launch will last just over one hour from start to finish. B1051 will separate from Falcon 9’s upper stage, fairing, and payload and perform a return-to-launch-site (RTLS) recovery, landing at SpaceX’s LZ-4 pad less than eight minutes after liftoff.

LZ-4 sits barely a quarter of a mile away from SLC-4E, the SpaceX-leased pad that B1051.1 will lift off from. Sadly, B1051 is unlikely to remain at SLC-4 after its (hopefully successful) landing at LZ-4 due to the fact that SpaceX has no public missions scheduled to launch from VAFB until Q1 2020 at the earliest. In fact, SpaceX is reportedly planning major organizational changes – set to begin soon after this launch is complete. As such, RCM could be SpaceX’s last launch from California for at least the next six months, a period of downtime that could easily grow to a year or more if tenuous 2020 launch dates suffer payload-side delays.

SpaceX currently has three launches scheduled from its Vandenberg pad in 2020, although one, two, or even all three could easily slip into 2021 based on the limited information available about the payloads in question. In 2021, SpaceX has a fairly busy VAFB manifest of at least six possible launches – possibly more if 2020 missions slip.

Regardless, RCM will be a good temporary send-off to SpaceX’s launch activity in California. Press photographers – unaffiliated with SpaceX – will have the first opportunity ever to remotely capture images of a Falcon 9 booster landing in daylight. Additionally, weather permitting, Vandenberg Air Force Base makes for an exceptionally beautiful venue for rocket launches thanks to the vistas and setting offered by Northern California and the Pacific Ocean.

Current forecasts suggest that the traditional fog layer will begin to clear at 7am local time, around the same time that SpaceX’s RCM webcast will kick off. With any luck, the photographers’ remote cameras will be greeted by a clear Pacific morning come liftoff.