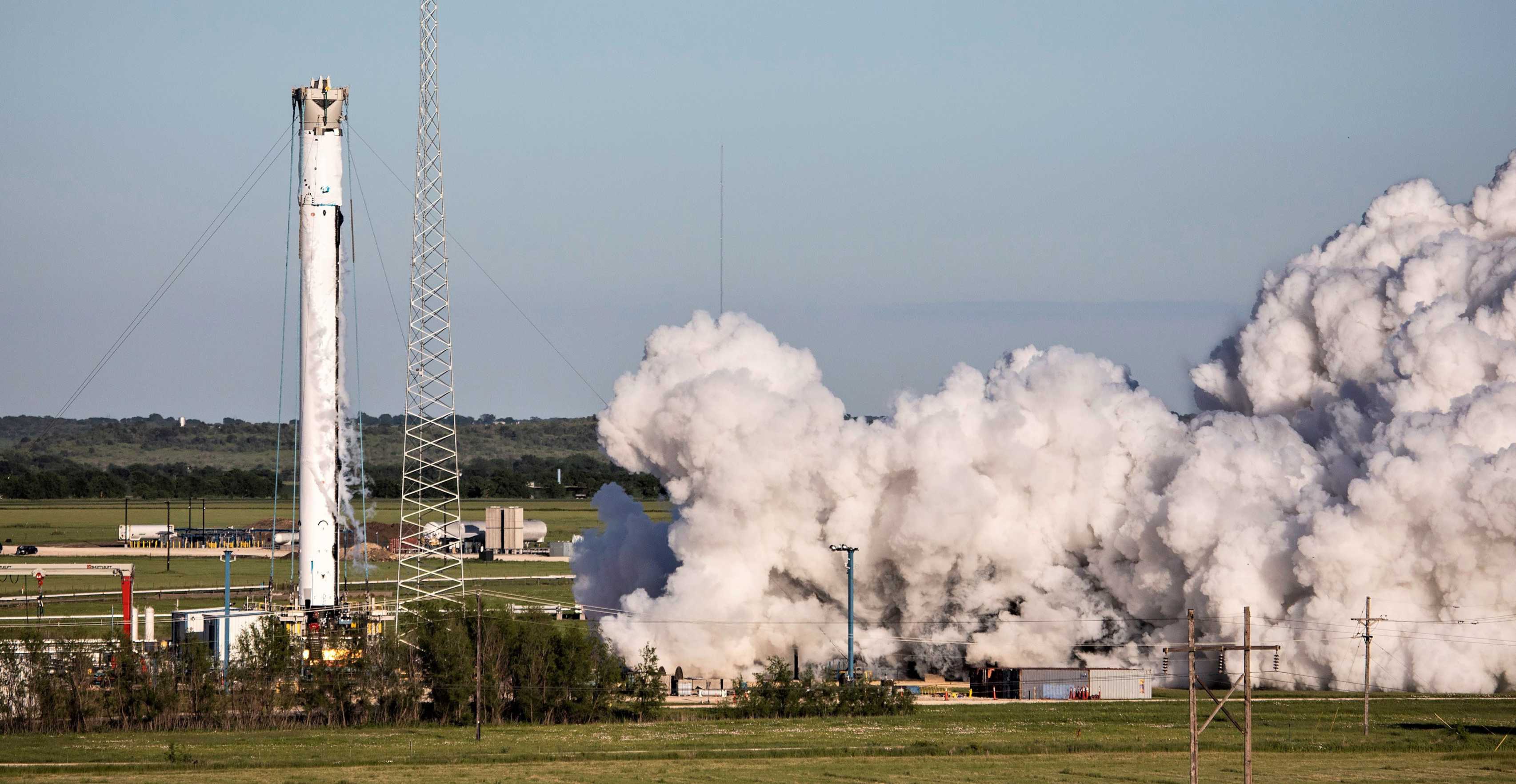 SpaceX’s fourth Falcon Heavy launch continues to inch closer, most recently celebrating what appears to be the arrival of one of three new Falcon Heavy boosters for static fire testing in Texas.

There’s a chance that the booster in question is just a regular Falcon 9 first stage but per photos from local resident Reagan, the unusual presence of a white interstage (the carbon fiber composite section containing grid fins and second stage deployment hardware) implies otherwise.

After departing SpaceX’s Hawthorne, California factory sometime in late August 2020, hardware NASASpaceflight later confirmed to be the first of three new Falcon Heavy boosters went vertical at the company’s McGregor, Texas booster static fire stand around a month later. Oddly, unlike the four other Falcon Heavy side boosters SpaceX has tested over the last several years, this particular core arrived in Texas with a placeholder interstage instead of a telltale nosecone.

Why is unclear given that two previous side boosters were static fired with nosecones installed. Regardless, given that the newest booster entrant’s white interstage does not appear to have any custom center core hardware installed, it’s most likely the second of two Falcon Heavy Flight 4 side boosters.

If the rocket passes those acceptance tests, that will leave another two stages – a custom center core and orbital upper stage – left to ship and test before SpaceX can say it has all hardware on hand for the triple-booster rocket’s fourth launch. Delayed from Q4 2020 to February 2021 in September 2020, that all-new Falcon Heavy’s first launch is known as AFSPC-44 or USSF-44 and will deliver an unspecified US military satellite and one or more rideshare payloads directly to geostationary orbit (GEO) – a first for SpaceX.

Unless this second side booster is days away from a brisk static fire test and a new Falcon Heavy center core and upper stage are either already at McGregor or days away from departing Hawthorne, a February 2021 launch target is all but impossible.

Not long after that tentative February 28th launch date was announced, a USAF official did offer an updated target, stating that USSF-44 was now expected to launch in “late spring” – implying (at least in the US) May or June 2021. It’s unclear what’s to blame for the six or more months of delays the mission has suffered in the last year but continued booster testing is a good sign that things are more or less back on track.