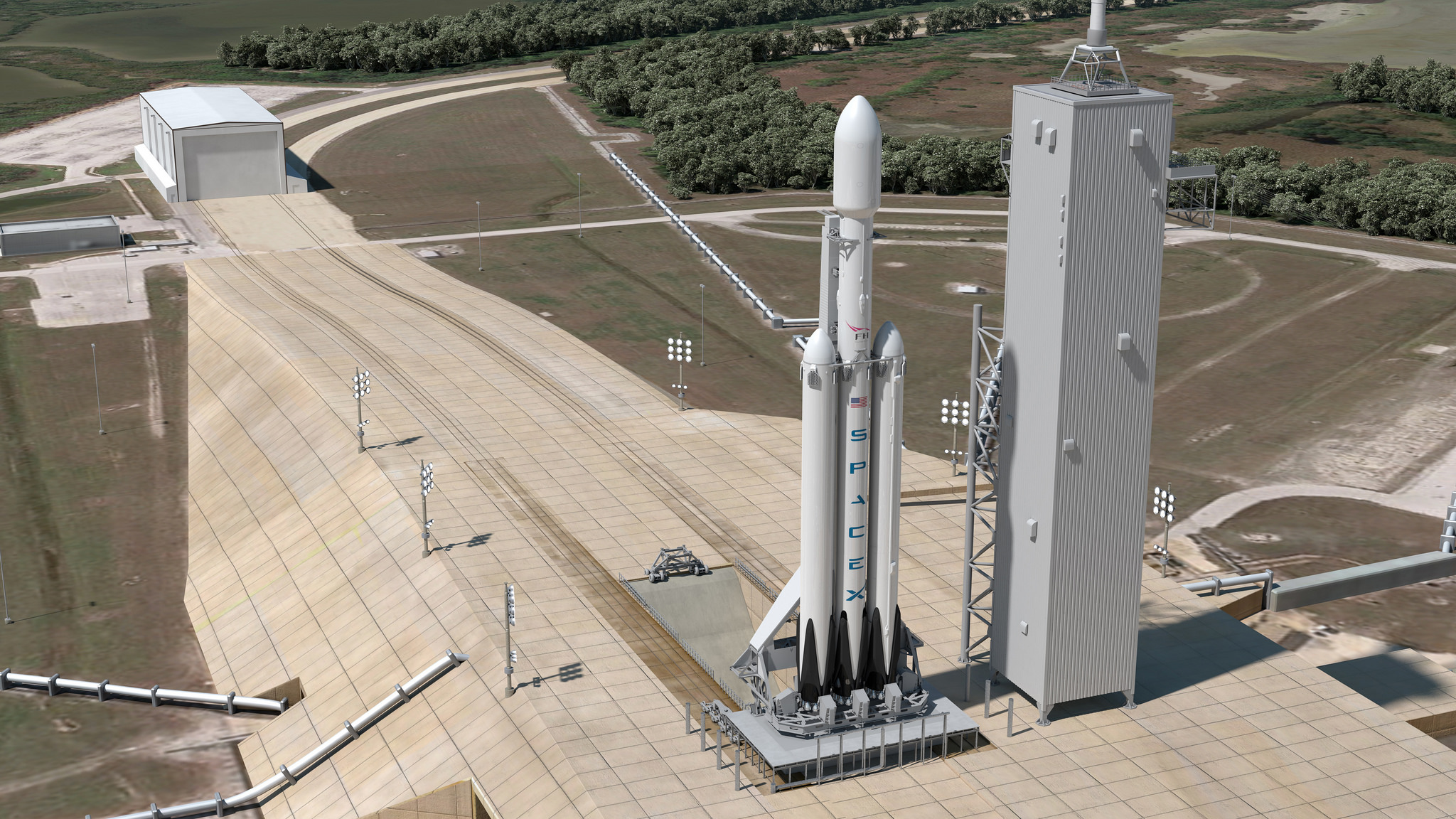 Elon Musk has confirmed via Twitter that SpaceX’s Falcon Heavy vehicle may be ready to launch from Cape Canaveral as early as September. All three Falcon Heavy cores will reportedly be at the Cape in two to three months, with Musk stating that the Heavy’s launch will occur one month after all three cores are present.

All Falcon Heavy cores should be at the Cape in two to three months, so launch should happen a month after that

Currently, one of the side boosters of the vehicle is known to have conducted two full-length static fires at SpaceX’s McGregor, Texas testing facilities. This core previously launched the Thaicom-8 geostationary satellite and has since been refurbished and structurally modified for its upcoming role in Falcon Heavy’s inaugural launch. The center core of the Falcon Heavy has also conducted a static fire, with the final side core the only one yet to be tested.

The main bottleneck for Falcon Heavy’s inaugural launch is the readiness of pads to launch it. SpaceX is currently focused intensely on pushing through the launch manifest backlog created by the Amos-6 loss in September of last year. Teams are working hard to reactivate Launch Complex 40, which was severely damaged in the static fire anomaly.

Once LC-40 is reactivated, it will support SpaceX’s commercial launches while LC-39A is used for Falcon Heavy integration fit checks, static fire(s), and eventually launch. This is a precautionary measure to protect against the inflated possibility of a launch vehicle failing during its first launches, which could destroy the launch pad. With two pads activated, the destruction of one would be far less trying for the company’s manifest.

Falcon Heavy, a combination of three modified Falcon 9 first stages and one second stage, will be capable of launching more than double the mass to orbit than ULA’s Delta Heavy, and at less than a third of the cost. It will also enable SpaceX to begin its initial exploration of Mars, beginning with the first Red Dragon mission currently scheduled for 2020.