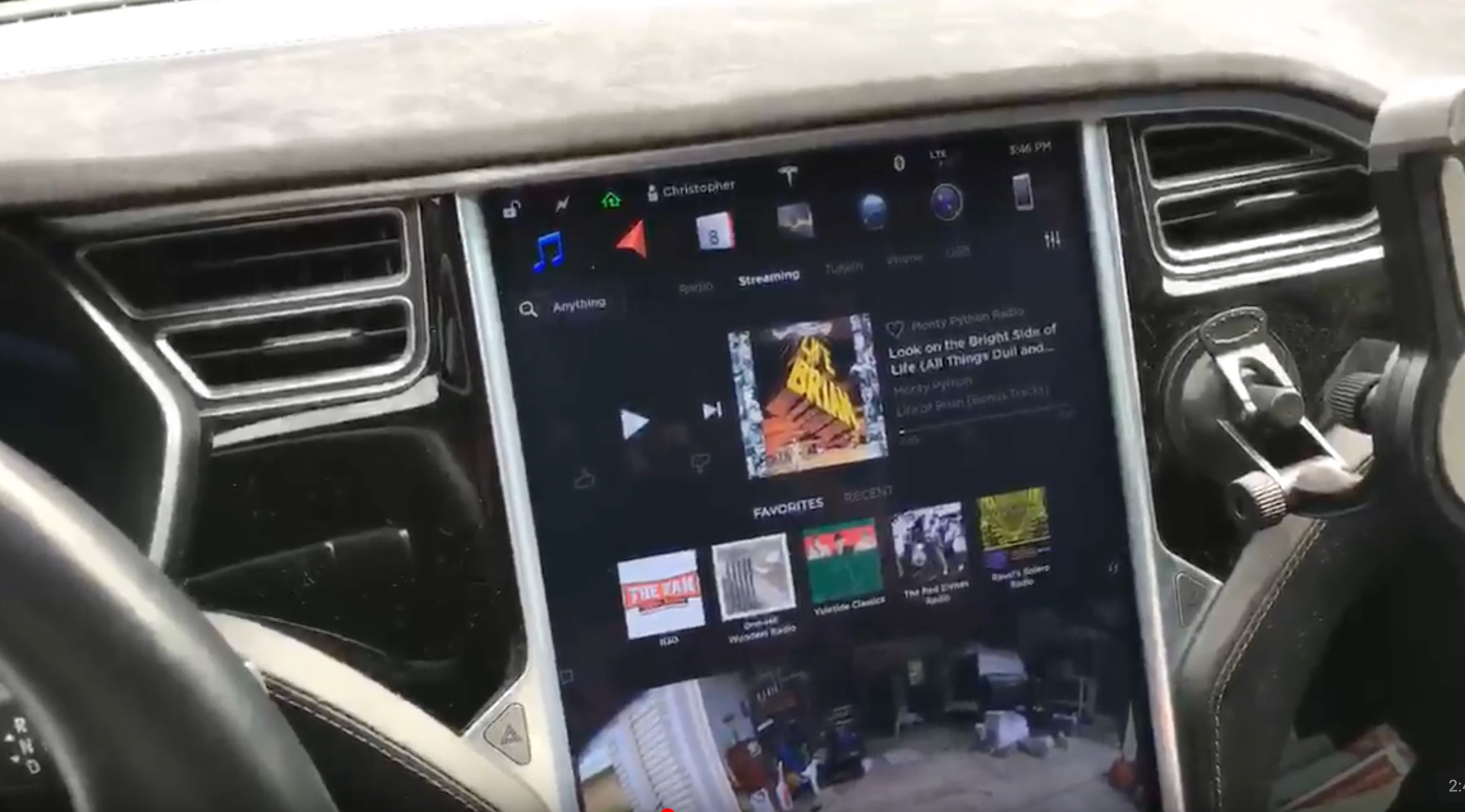 Despite Tesla CEO Elon Musk’s penchant to seemingly never stop working, as he aims to help humanity from self destructing the planet and stay one step ahead of AI armageddon, the billionaire tech entrepreneur is known to be quite a jokester, not to mention a killer party planner.

In a flurry of tweets sent by Musk early Thursday afternoon, he offered a glimpse of his softer side by revealing yet another hilarious Tesla Easter Egg. “In the US, you can ask your Tesla to play any Monty Python (or other comedy) skit. Doesn’t work outside US yet.” said Musk through his tweet.

In the US, you can ask your Tesla to play any Monty Python (or other comedy) skit. Doesn't work outside US yet.

The tweet is in reference to the 1970s British pop culture phenomenon Monty Python which takes a comedic look at the grim circumstances of the Middle Ages as told through the story of King Arthur.

Musk revealed that Model S and Model X owners can relive their favorite Monty Python skits by tapping “the voice button on the steering wheel and say ‘Play Monty Python'”. In reality, Musk isn’t sharing anything new since this is Tesla voice control functionality that’s been available on Model S vehicles since the early days.

By holding down the voice command button on the steering wheel, Model S and Model X drivers can ask the vehicle to “Navigate to …”, “Find the nearest …”  and play any type of music by issuing the command “Play …”. Be it play a clip from the late Richard Pryor or George Carlin, or in this case a skit from Monty Python, the versatility of Tesla’s voice control system shines through.

Watch as Model S owner and YouTuber KmanAuto attempts to demonstrate the functionality.