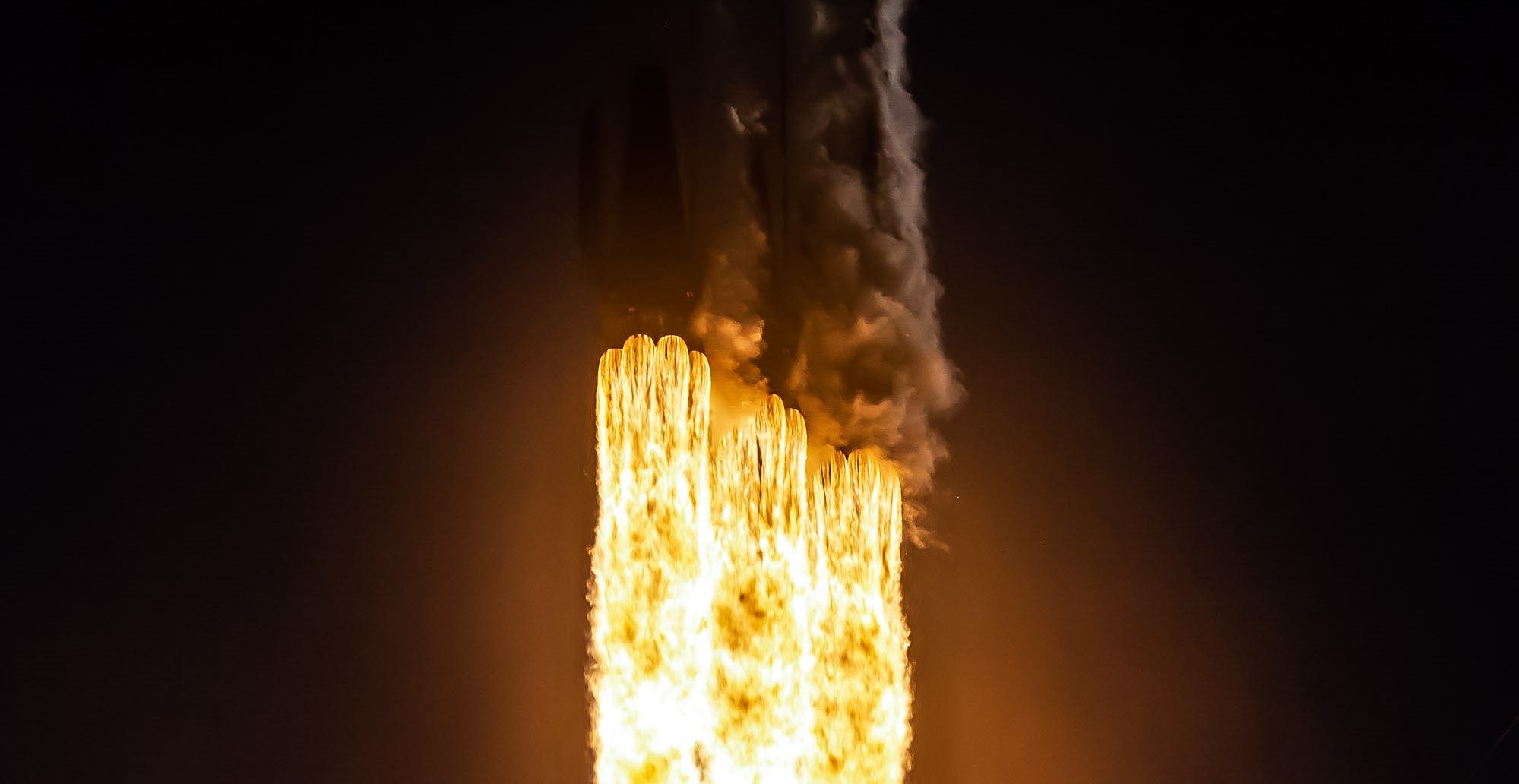 SpaceX's Falcon Heavy rocket could potentially launch a new NASA space station all the way to the Moon. (SpaceX)

According to NASA, a SpaceX Falcon Heavy rocket (or another commercial heavy-lift launch vehicle) could potentially launch the bulk of a new Moon-orbiting space station in a single go, saving money and reducing risk.

Known as the Gateway, NASA is working to build a tiny space station in an exotic and odd orbit around the Moon. Lacking any clear and pressing purpose, NASA and the Gateway’s proponents have argued that it could serve as a testbed for interplanetary missions, allowing the space agency to figure out how to keep astronauts alive and healthy in deep space. Later, it was proposed as a sort of unwieldy orbital tug and home base for crewed Moon landers, although the Gateway appears to have recently been removed from any plans for mid-2020s Moon landings.

Most likely, the station is being built in order to give NASA’s wildly over-budget, behind-schedule Orion spacecraft and SLS rocket some kind of destination worthy of their gobsmacking $2-3 billion launch cost and $35-40 billion development cost. Regardless, a space station orbiting the Moon – while lacking a clear and present scientific or exploratory reason for its existence – is undeniably cool and exciting and will indeed need to be launched into cislunar space. Previously planned to launch as separate modules that would then rendezvous and dock in at the Moon, NASA has recently decided to switch gears.

As of May 2020, NASA has awarded three critical hardware contracts for Gateway. In 2019, the space agency awarded contracts to Maxar and Northrop Grumman to build the Power and Propulsion Element (PPE) and Habitation and Logistics Outpost (HALO), respectively. As the name suggests, the PPE will feature an exceptionally large ~50 kW solar array and the most powerful electric thrusters ever flown in space, thus supplying Gateway with electricity and propulsion. HALO is a miniscule habitat module also responsible for life support and providing all other basic necessities for astronauts to live in space, all of which will leave a tiny amount of actual habitable volume for those astronauts to live in.

Most recently, NASA also awarded SpaceX a contract to develop a new Dragon XL spacecraft that will launch on Falcon Heavy and autonomously resupply the lunar space station at least twice, should Gateway actually make it to launch.

The notional plan is to eventually expand the habitable volume of the station from living in a large SUV to something more like a small studio apartment, a bit less than a third as large as the International Space Station (ISS) in a best-case scenario. The ISS is designed to support at least six astronauts simultaneously and has done so for almost two decades, albeit only with the help of resupply missions launched from Earth every 2-3 months. Indeed, the plan is to send up to four astronauts to the Gateway for no more than 90 days a year.

Originally, NASA wanted to launch the PPE and HALO modules – together representing the absolute bare minimum needed to build a functional Gateway – on separate commercial rockets in 2022 and 2023, respectively. Now, according to NASA associate administrator Doug Loverro, the space agency has made the decision to launch both modules simultaneously on the same commercial rocket.

This decision was made in large part because it makes sense from a technical simplicity and overall efficiency standpoint but also because several commercial launch vehicles – either currently operational or soon to be – are set to debut extremely large payload fairings. As a combined payload, the Gateway PPE and HALO modules would be too big for just about any existing launch vehicle, while the tiny handful it might fit in lack the performance needed to send such a heavy payload to the Moon.

Falcon Heavy apparently has the performance needed, as NASA used the rocket and a new stretched fairing developed by SpaceX for military customers as a baseline to determine whether PPE and HALO could launch together. Given that NASA could have technically used any of the vehicles expected to have large payload fairings for that analysis, the explicit use and mention of Falcon Heavy rather strongly suggests that the SpaceX rocket is a front runner for the new combined launch contract. This isn’t exactly surprising, given that the massive rocket has already completed three successful launches and will attempt at least another four missions between now and 2023.

Of the other launch vehicles expected to feature large fairings capable of supporting the combined PPE/HALO payload, ULA’s Vulcan Centaur rocket is scheduled to launch for the first time in July 2021, while Blue Origin’s New Glenn is unlikely to launch before late 2021. Northrop Grumman is also developing the Omega rocket with a large fairing, although it’s unlikely to have the performance needed for the unique Gateway payload. As such, by 2023, Falcon Heavy will almost certainly have a record of launches well out of reach of other prospective PPE/HALO launch competitors. For obvious reasons, putting both modules of a space station on a single launch raises the stakes, making it more critical than ever than risk be reduced where it can be – especially important for launch operations.

Notionally including Gateway’s PPE and HALO, Falcon Heavy now has as many as nine launches on contract (or nearly so) over the next five or so years. It’s extraordinarily unlikely that any of Falcon Heavy’s prospective competitors will be able to get close to the SpaceX rocket’s flight history by 2023, effectively making Falcon Heavy the de facto choice for NASA from an apolitical, technical perspective.