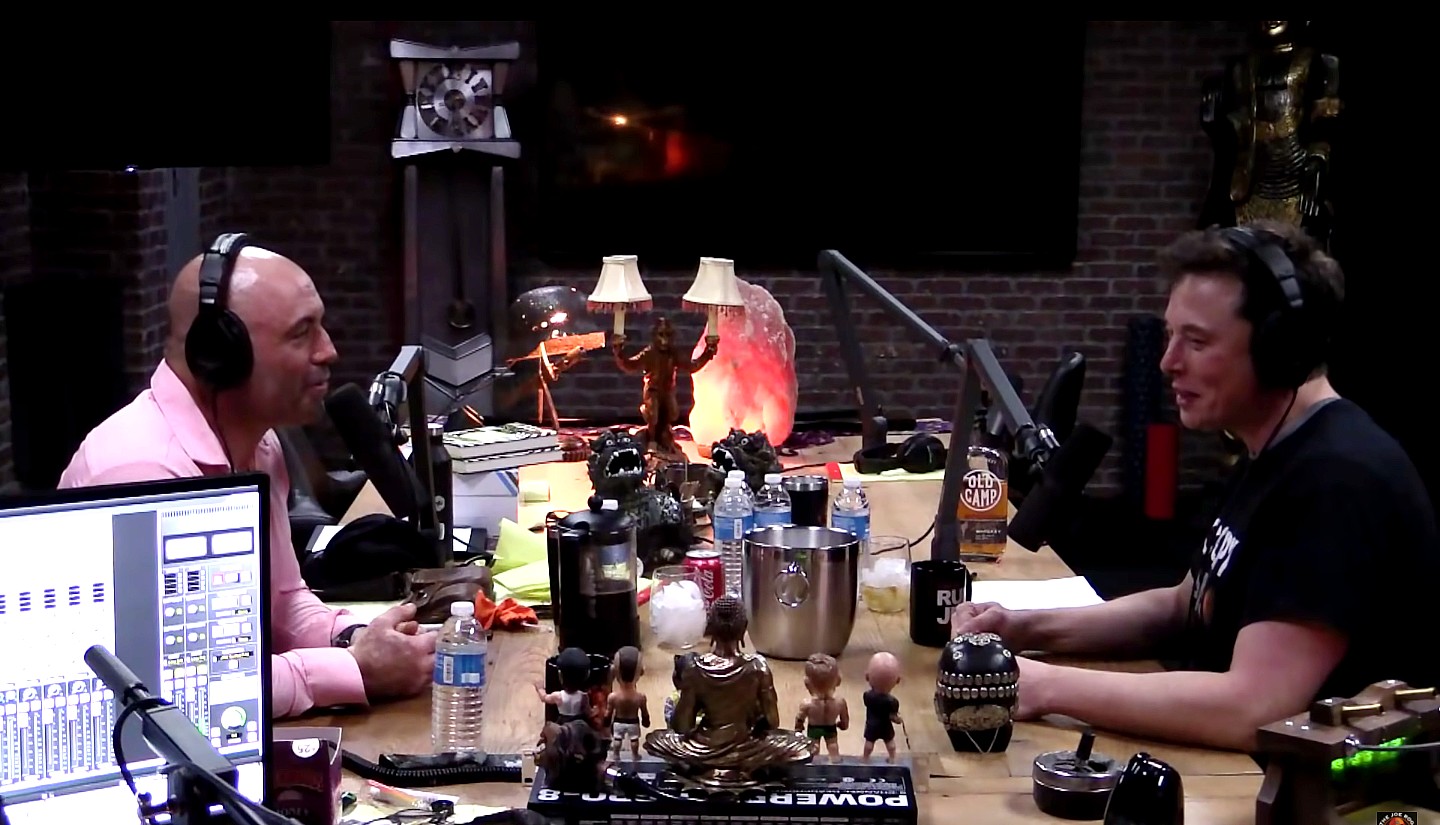 It’s official. Tesla CEO Elon Musk is coming back to the Joe Rogan Experience podcast for Round 2. The announcement was dropped by the prolific podcaster in his recent social media posts, one of which featured the Tesla CEO brandishing a katana while sporting a Plaid Mode shirt. Needless to say, the Tesla community is now waiting with bated breath.

Rogan noted that Elon Musk’s Round 2 in the JRE podcast would be posted on Thursday at 9 a.m. PT. He did not provide more details about the upcoming episode, though considering the usual length of JRE episodes, it would not be surprising if Musk’s return involves several hours’ worth of insights from the Tesla and SpaceX CEO.

Elon Musk’s return to the Joe Rogan Experience will definitely be interesting, especially considering the aftermath of the CEO’s previous appearance on the podcast. Musk’s first guest appearance at Rogan’s show involved several noteworthy tidbits, including an incident where the CEO took a whiff of cannabis. The brief action brought controversy and a ton of criticism towards Musk, with NASA even conducting an “invasive” safety review of SpaceX due to the CEO’s marijuana use.

Musk’s 2018 conversation with Rogan was not all controversy. It also marked the first time that the CEO mentioned the idea of a Tesla Smart Home that featured an efficient HVAC system, something that Musk has revisited recently. It also featured an interaction that resulted in Rogan telling the CEO that he would be purchasing a Tesla for himself. He eventually did buy a Model S P100D, and Rogan has become a strong Tesla advocate ever since.

Musk’s upcoming Joe Rogan Experience episode will be particularly compelling since the CEO is at a much different place today compared to 2018. Back then, Tesla was still feeling the challenges of the Model 3 ramp in Fremont, CA. The episode also aired less than a month after Musk posted his now-infamous “funding secured” tweet. This is not the case today. Tesla’s finances are strong and the company has over $8 billion in cash, and the Model Y, the company’s latest vehicle, is already profitable.

Tesla has also unveiled the Cybertruck, a rough and tough all-electric pickup that seems to be a perfect vehicle for the prolific podcast host. SpaceX is also hard at work in the development of Starship, the spacecraft that Musk’s private space firm will likely utilize for future Moon and Mars missions. Hopefully, Musk’s upcoming Joe Rogan Experience episode will feature numerous insights and updates from the CEO, and far less controversy.